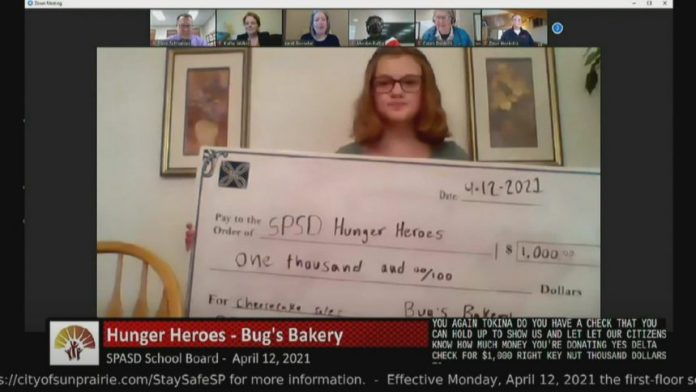 SONNENPRAIRIE (WKOW) – A sixth grader from Sun Prairie discovered the baking bug during the pandemic and is now using her talents to help her fellow students.

Keena Schroeder has a cheesecake shop called “Bug’s Bakery” – Bug is her nickname.

Schröder and her father thought about how they could use the money they brought in.

She takes $ 5 from the sale of each cheesecake and donates it to the school district’s Hunger Hero campaign.

“He raised the Hunger Heroes, which means it’s a campaign to raise money for kids who can’t afford lunch at school. And I thought that sounds really good, especially because it’s like food and I make cheesecake, “he told Schröder.

On Monday evening, Schröder presented the school board with a check for USD 1,000. The young baker will continue to bake cheesecakes as long as people want to buy them.

Greater Gold Value Is Not Correlated To Cash Provide Development

Why are so few San Diegans making use of for rental...