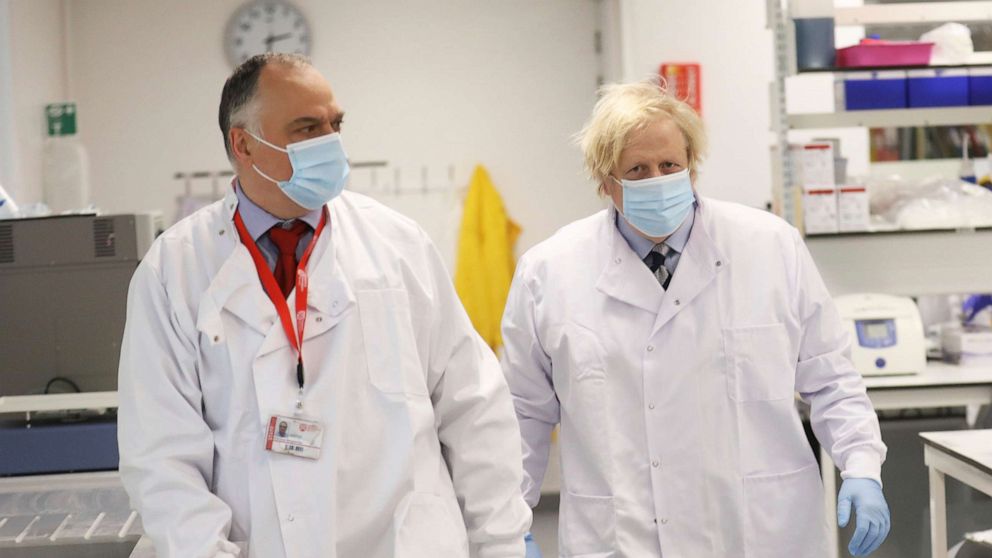 LONDON – Leaders from countries in Europe, South America, Africa and Asia have called for a World War II-style treaty to “dispel the temptations of isolationism and nationalism” to respond to future pandemics in an open letter base published in several newspapers on Tuesday.

The proposed treaty would be based on the WHO constitution and aim to improve pandemic preparedness at the international level, so the letter with the next global issue health Emergency a question of “not if, but when”.

The letter was welcomed by 24 political leaders as well as the President of the European Council and the Director General of WHO, Dr. Tedros Adhanom Ghebreyesus, written and published in the Daily Telegraph, El Pais, Spain and Le Monde, France.

British Prime Minister Boris Johnson, French President Emmanuel Macron and German Chancellor Angela Merkel are among the signatories of the letter, which calls for greater international cooperation on dissemination Vaccinations and medical treatments, also as in the EU and the UK involved in a stream Dispute over vaccine exports from the continent.

World leaders describe the COVID-19 pandemic as “the greatest challenge facing the global community since the 1940s”.

“At that time, after the devastation of two world wars, political leaders came together to forge the multilateral system,” they wrote. “The goals were clear: to bring countries together, to dispel the temptations of isolationism and nationalism, and to address the challenges that could only be achieved together in a spirit of solidarity and cooperation, namely peace, prosperity, health and security.”

With vaccination rates that vary widely around the world, and richer countries were accused of hoarding vaccinesThe signatories said the pandemic was “a strong and painful reminder that no one is safe until everyone is safe.”

Earlier this year, the Ghebreyesus told WHO that the world was “on the brink of catastrophic moral failure” that “would be paid for with living and livelihood in the world’s poorest countries due to global vaccine inequality”.

The COVAX The program, the global program to deliver vaccines to lower-income countries under the Accelerator Access to COVID-19 Tool (ACT), aims to distribute up to two billion doses of vaccines worldwide by the end of this year, especially to countries that they normally cannot afford in the market.

The US has pledged $ 4 billion for the program, however, the ONE campaign, a global movement to fight poverty called for the Biden government to send surplus vaccine doses abroad to countries in need.

To date, the richer countries in the west have pushed their vaccination programs much further than their poorer counterparts in South America, Asia and Africa.