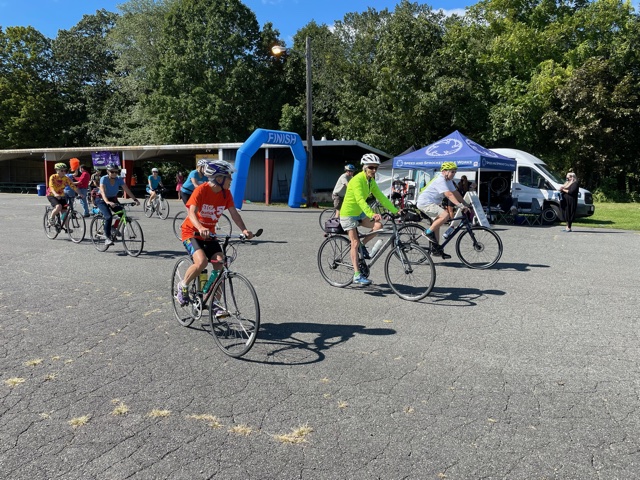 HATFIELD, Massachusetts (WWLP) – Hundreds of cyclists rode through scenic Pioneer Valley on the first Sunday of Fall to raise funds for the Food Bank of Western Massachusetts.

An agency that tries to feed 100,000 people a month who are facing food insecurity.

“This is a decrease from last November’s peak when we provided food to 125,000 people, but that’s still 20 percent more than before the pandemic, so we’re nowhere near out of the woods,” said Andrew Morehouse, executive director of the Food Bank of Western Massachusetts.

The “Will Bike 4 Food” fundraiser was held virtually last year due to COVID restrictions, so it was good for everyone to be back.

“With every dollar the board takes, they can buy four meals for families in need of food in western Massachusetts, which is incredible,” said Brian Lapis. “You can do the 10 miles, the 25.50, or the 100 miles if that’s your thing.”

As a moderator, 22News Storm Team meteorologist Brian Lapis gathered the cyclists at the start line before sending them on their way.

It started with cyclists taking a 25-mile ride starting in Hatfield. They trained hard for this event, but the win doesn’t mean as much to them as the fundraiser itself.

Susan Galereave, a cyclist from Florence, said, “Yes, we are not for the speed, we are for the team spirit to raise money for the Food Bank of Western Massachusetts. A great purpose, just a fun day to be on our bikes. “

“Many of us take our access to food for granted and there are so many locals who don’t,” said Laurel Turk from Sunderland.

Since the first Will Bike 4 Food in 2011, the Food Bank of Western Massachusetts has raised over $ 1 million, the equivalent of 4.5 million meals for our neighbors in need. Your food will be distributed to 175 local pantries in all four counties in western Massachusetts.