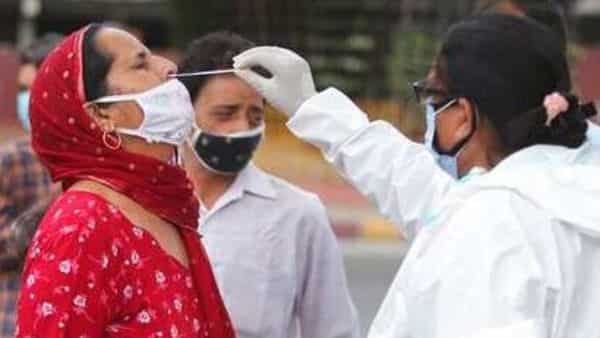 Whether football, tennis, cycling or motor sports, the spectators crowd again to international sporting events in Europe amid the easing of the Covid-19 curbs. Often without masks and social distancing. On July 19, the UK is expected to lift all Covid-19 restrictions, including masking requirements and social distancing. High vaccination protection and low deaths are part of the reason these European countries can choose this aggressive route to normal. Conversely, India’s relatively low vaccination coverage means it cannot risk following suit.

Of the 12 European countries that allowed crowds at international sporting events last month, nine have given at least 50% of their population a Covid-19 vaccine dose. Additionally, according to Our World in Data, at least 33% of their population is fully vaccinated. Without the population under 18, who are less at risk, these numbers would be higher. For comparison: India’s numbers are 21% and 5%, respectively. At its current vaccination rate, India will achieve 50% coverage for one dose in November 2021 and 33% coverage for two doses in May 2022.

Some of these countries have significant and increasing numbers of new cases. Mainly Great Britain, Spain and Russia. Even the World Health Organization has warned against a quick reopening. Unlike Russia and Romania, however, the new deaths are less than a tenth of their respective highs. In India it is currently around a fifth.

India faces the European countries in population-adjusted figures. However, due to India’s large population, the latest absolute numbers are still inconvenient.

India’s vaccination rate had accelerated when the center withdrew vaccines from states on June 21. In the first seven days of this new regulation, India’s average daily vaccine doses doubled to 6.1 million. However, in the past seven days it has dropped to 4.2 million. The slowdown is across the board.

Of the 36 states and union territories, 29 saw weekly doses decrease. Among the major states, the largest weekly decreases were seen in Chhattisgarh (65%), Himachal Pradesh (61%) and Tripura (61%).

Himachal Pradesh remains the leader in cumulative vaccination (552 doses per 1,000 people). It is followed by Delhi (455), Gujarat (428), Uttarakhand (427) and Kerala (424). All of these states have been among the front runners since early April and have seen a decline this week. Jammu Kashmir (368) is the only state that has seen a steady pace increase over the past 3 weeks.

Meanwhile, concerns remain about a third wave hitting India. The decline in new cases appears to be curbing. More and more districts are reporting an increase in new cases from week to week, from 110 two weeks ago to 141 districts last week to 156 this week. At the same time, the number of districts reporting more than 1,000 new weekly cases has fallen from 77 to 63. Only Kolhapur in Maharashtra and Malappuram in Kerala reported more than 10,000 new weekly cases.

For the third straight week, Kerala led all states in new cases. Along with the eight northeastern states, the number of weekly cases in Kerala exceeds that of the first week of April when the second wave began. Nine districts have each reported increases in cases over the past four weeks. The highest increases were observed in Kasargod and Wayanad in Kerala and Golaghat in Assam. All three districts are still reporting over 2,000 cases each week. Assam imposed complete lockdowns in 7 counties, including Golaghat, Tuesday.

The decline in Covid-19 deaths in India continues. The last week’s number of 5,568 is about a quarter of what it was four weeks ago. As with new cases, however, the decline appears to be curbed. Among the top 10 countries with the highest number of cases, deaths increased slightly in Kerala, Maharashtra, Manipur and Odisha.

Four districts, all from Maharashtra, reported over 150 deaths in the past week: Pune, Sangli, Raigarh and Kolhapur. Among them, Pune and Sangli are the only counties in the country where over 300 deaths have been reported. The Sangli death toll rose 159% from 122 last week.

The European nations that are aggressively reopening are doing so under the premise of reducing hospital stays and controlling deaths, backed by the shield of vaccines. How India’s progress on vaccines will be an important factor in dodging a possible third wave and returning to normal.

(howindialives.com is a database and search engine for public data)

* Thank you for subscribing to our newsletter.