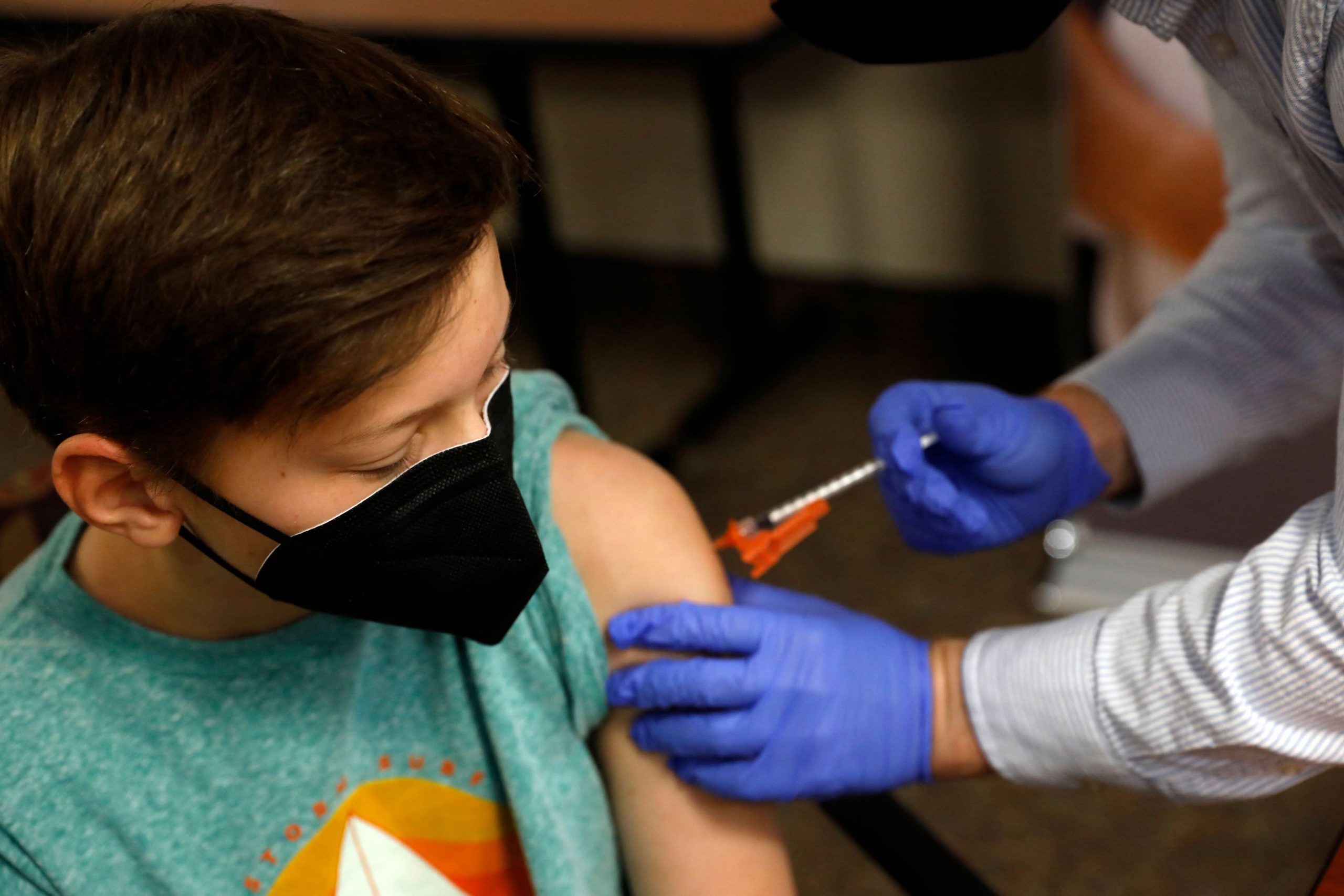 Aiden Arthurs will receive the Pfizer BioNTech Covid-19 vaccine from pharmacist Andrew Mac (R) at the Jewish Federation / JARC offices in Bloomfield Hills, Michigan on May 13, 2021.

The Delta variant is the most widely observed coronavirus mutation to date, and for good reason: It is more contagious than previous variants, and there is evidence that it increases the risk of hospitalization and is more resistant to vaccines.

First discovered in India late last year, where it triggered a second wave of infections and thousands of deaths, the delta variant is now spreading rapidly around the world.

Last week, the World Health Organization warned that Delta is the fastest and most powerful strain of coronavirus yet and will “pick up” the most vulnerable people, especially in places with low levels Covid-19 Vaccination rates or

Great Britain is being closely watched by other countries, especially the USA, as the delta variant has become dominant despite the high vaccination rate. It has also proven to be a harbinger of the things that will come for better and worse during the pandemic.

Continue reading: The Covid Delta variant “exploded” in Great Britain – and could be a blueprint for the USA

Who is most at risk?

Now, data has been released in England showing how far the delta variant has spread – and which groups are most susceptible to the mutation.

Delta is dominant in the UK, comprising 95% of all sequenced cases, according to the latest data from Public Health England, with younger people, unvaccinated and partially vaccinated (many people falling into one or more of these categories) at greater risk of contagion, while older people are still at greatest risk are about to die of infection.

According to the latest data from England, 92,029 cases were analyzed between the beginning of February and mid-June and assigned to the delta variant.

Almost 82,500 of these total cases were recorded in people under the age of 50, and the majority (53,822 cases) were found in unvaccinated people.

Of these cases in the unvaccinated cohort, the vast majority were in the under-50 age group (52,846 cases) and only 976 cases were in those over 50.

Still, the data showed that there were 117 deaths among people with the Delta variant in England, with the majority in the age group over 50.

The data from England show that cases of the delta variant were found in both partially and fully vaccinated individuals, to a lesser extent, demonstrating the importance of full vaccination.

The data is intended to be a reminder that no Covid vaccine currently on offer offers one hundred percent protection, although most approved vaccines are currently very close and experts urge all unvaccinated people to come forward, as well as the importance of both doses in order to provide the best possible protection .

Separate data from Public Health England showed that two doses of the Pfizer-BioNTech or AstraZeneca-Oxford University were shot are highly effective against hospital stays from the Delta variant.

Britain has vaccinated its population based on age and health needs. The vaccination program began last December with healthcare workers and the elderly and progressed through the older age groups until Covid vaccinations were offered to those under 50 in mid-April.

Currently, all over 18s are offered their first doses, while others in their 30s and 40s tend to have their second dose. Almost 85% of adults in the UK have now received one dose of vaccine and 61.9% have received two doses. This makes it one of the fastest vaccination programs in the world.

PHE updated its risk assessment of the delta variant published on Friday, saying that the delta variant is “predominant” and “continues to show a significantly increased growth rate” compared to the alpha variant first discovered in the UK, which itself dominated worldwide.

On a weekly basis, data released by PHE last Friday showed that the number of Delta-caused cases in the UK had increased by 35,204 since the previous week (an increase of 46%) to a total of 111,157 cases.

On the positive side, PHE reiterated that “the analysis continues to show that the vaccine against Delta is highly effective after 2 doses” and that the evidence continues to suggest that hospital vaccines are effective.