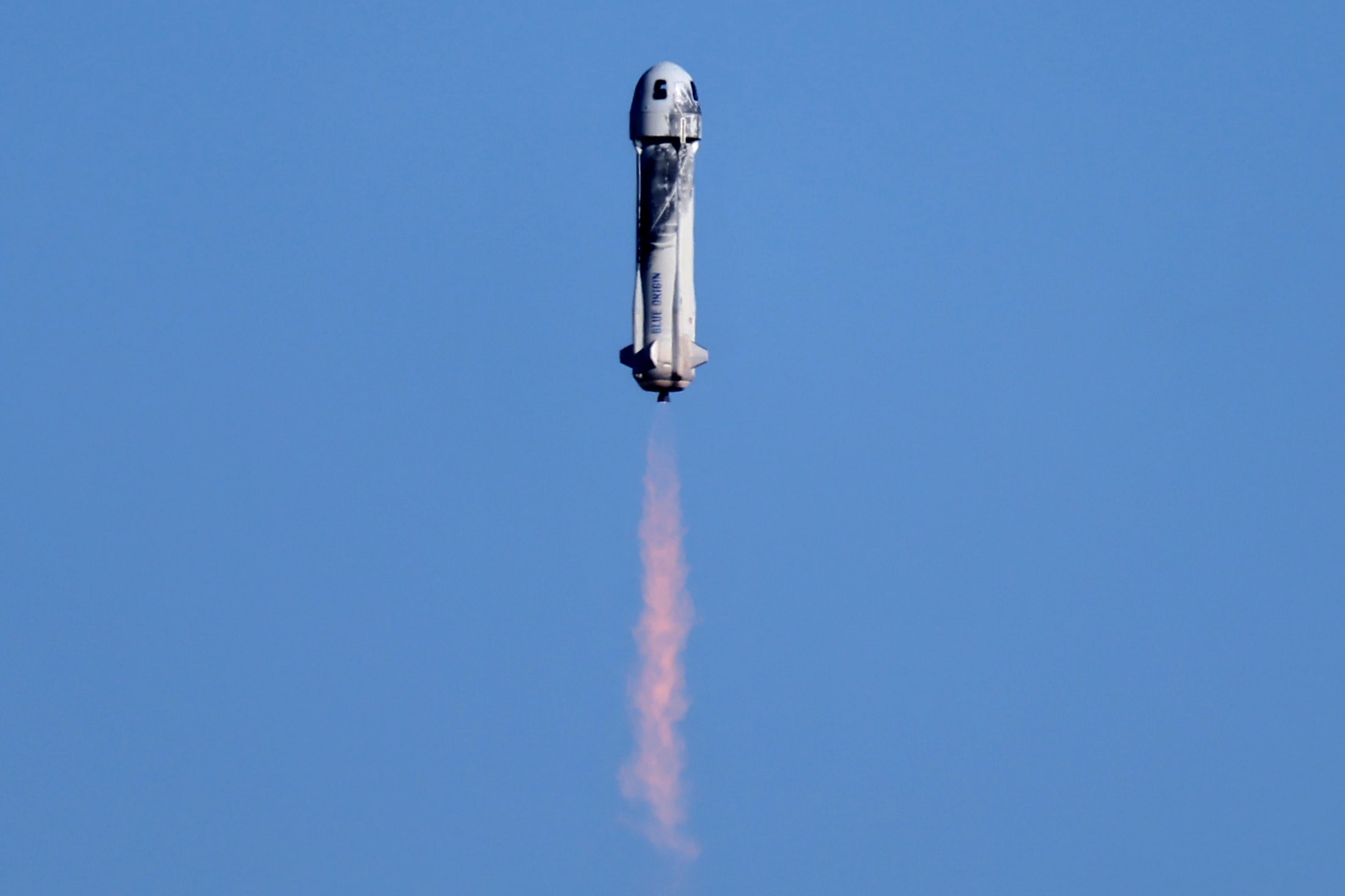 [The livestream is slated to begin at 8:15 a.m. ET. Please refresh the page if you do not see the web player above.]

Jeff Bezos’ Blue Origin will launch its New Shepard rocket on Saturday for the sixth time this year, a mission in which the company will launch six passengers simultaneously for the first time.

The NS-19 mission will bring Blue Origin to 14 people launching into space in 2021. The year has seen a spate of private manned space activity, with three US companies taking passengers over the edge of space or into orbit.

The rocket will launch from Blue Origin’s private facility in West Texas and reach over 100,000 kilometers (or more than 340,000 feet in altitude) before safely returning to Earth a few minutes later. From start to finish, the launch is expected to take around 11 minutes. The crew should experience weightlessness for about three minutes.

New Shepard’s capsule will accelerate to more than three times the speed of sound to exceed the 80-kilometer (roughly 50 miles) limit that the U.S. is using to mark the edge of space. The capsule is flown autonomously without a human pilot and returns under a set of parachutes to land in the Texas desert.

The New Shepard rocket booster is reusable and will attempt to return and land on a concrete platform near the launch site.

This photo of Blue Origin, Blue Origins New Shepard rocket, is on a launch pad near Van Horn, Texas on Tuesday July 20, 2021.