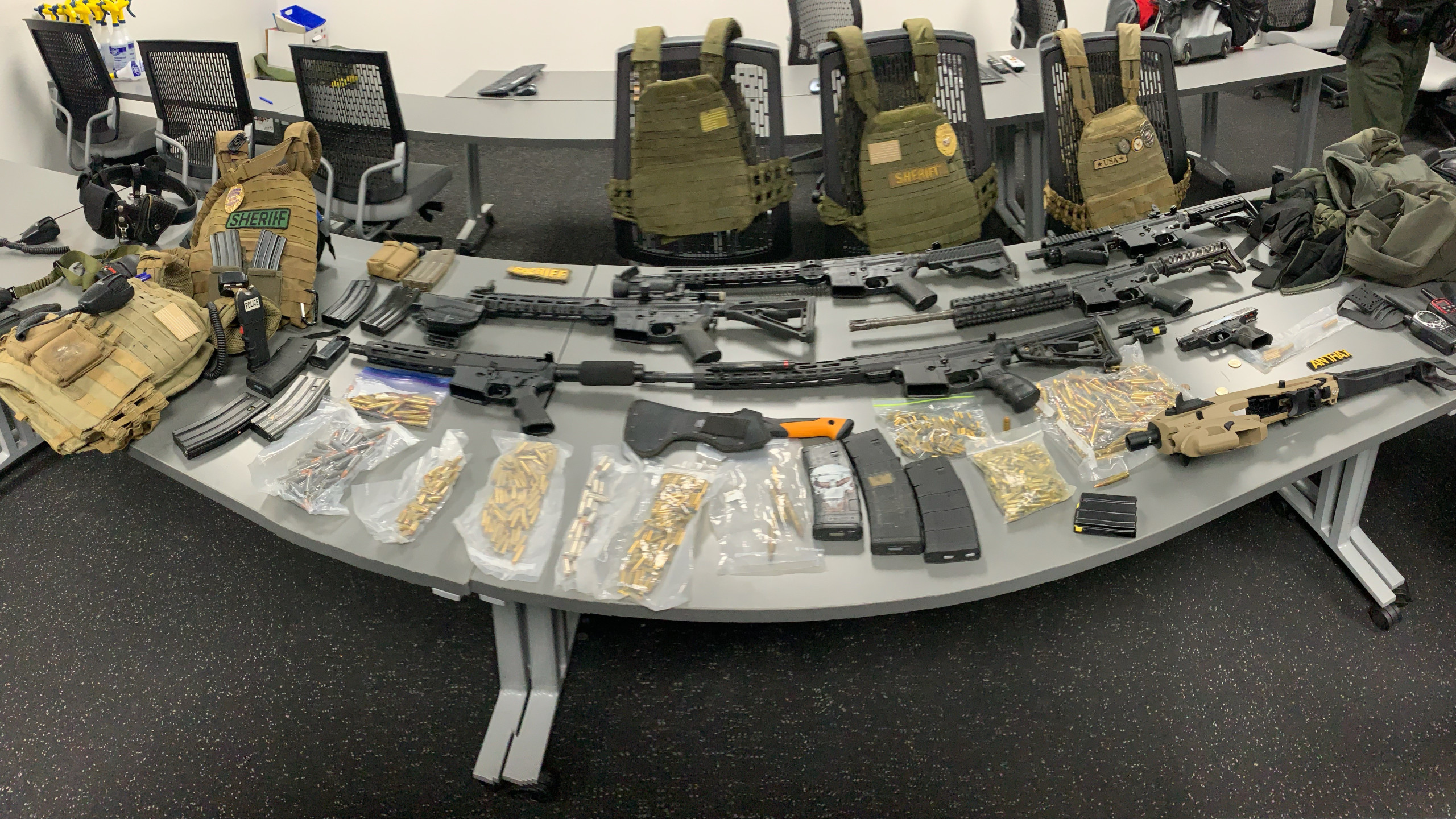 Adrian Jimenez, a 52-year-old traveler from Los Angeles, was the sole occupant of the Chevy Avalanche when police found it parked in a Travelodge on Mariposa Road, according to a press release from the Victorville Police Department. He was arrested on suspicion of possession of a stolen vehicle and multiple gun crimes.

Anyone with information regarding this investigation is encouraged to call the Victorville Police Department at 760-956-5001 or the We-Tip hotline at 1-800-782-7463.