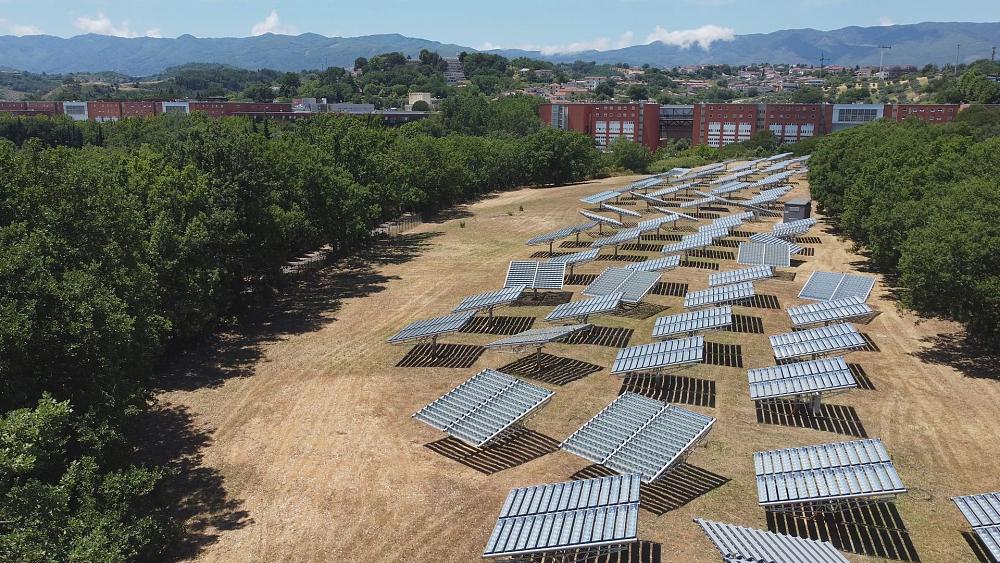 With over 200 hectares, the University of Calabria, also known as UNICAL, is the largest campus in Italy and one of the greenest in Europe.

Around 30,000 students are enrolled at the university, including a thousand foreign students.

In terms of organization, it offers everything a modern university needs: green spaces, study areas, classrooms, laboratories and a new green electricity system.

In recent years the university has changed the way energy is produced and consumed. It has combined geothermal, photovoltaic and solar energy generation methods to create a greener and cleaner campus. It also saves you more than half a million euros in energy costs every year.

Nicola Leone, dean of the university, tells us that “building a state-of-the-art campus in Calabria was a huge challenge”. In his opinion, it is “one of the poorest regions in Europe” and does not have many resources. But the university was able to draw on funds from the European Commission.

The total budget for this energy transition was 18 million euros, 75% of which was financed from European Cohesion Policy funds.

On the campus, 96 cube-shaped buildings are connected by a central bridge. These buildings are illuminated by an intelligent system of LED lamps that can be controlled remotely. There are 33,000 of them. This system alone drastically reduces CO2 emissions.

In addition, the university uses energy from the earth with the help of a geothermal system and energy from the sun with solar and photovoltaic systems. The role of the energy manager is essential on a green campus. It’s more than just measuring temperatures.

Ecology is very important on campus. Motion detectors turn the lights on and off in classrooms to avoid wasting energy. The middle bridge, which is almost two kilometers long, can only be crossed by bike or on foot.

The students particularly appreciate that the university applies what they have learned in class. Valentina, student of energy technology, says: “Even for those who live on the outskirts, it is like arriving in another city. It’s not just about discovering the green campus, but also learning that small gestures can have a big impact on the environment “.

Not only is UNICAL a world class education center with diverse science and research programs, but it’s also a great example of campuses around the world and how they too can go green.