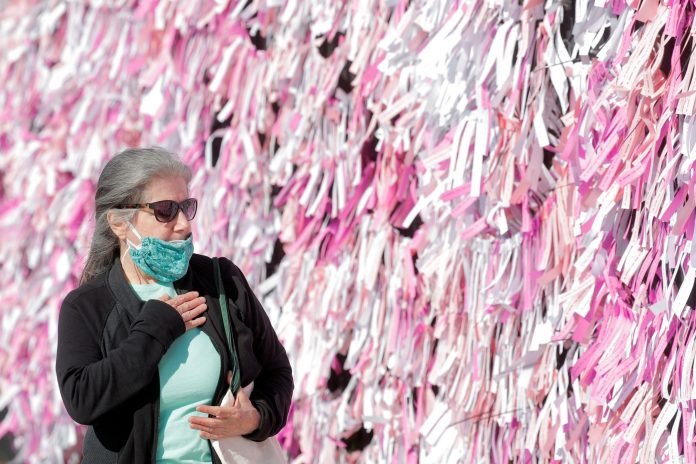 The Covid-19 pandemic cut average life expectancy in the United States by about 18 months in the past year, which is the largest annual decline since World War II, according to new data from the Centers for Disease Control and Prevention.

According to the report released Wednesday by the CDC’s National Center for Health Statistics, Americans are now expected to live an average of 77.3 years, compared with 78.8 years in 2019. Hispanics saw the sharpest decline in life expectancy last year, followed by black Americans.

“The decline in life expectancy between 2019 and 2020 is primarily due to deaths from the pandemic,” the report said. Covid deaths accounted for nearly 75% of the decline. More than 609,000 Americans have died in the pandemic, including about 375,000 last year, according to the CDC.

“Covid-19 was responsible for 90% of the decline in life expectancy in the Hispanic population,” the report said.

The narrowing of the life expectancy gap between white and Hispanic populations “is a strong indicator of the deterioration in health and mortality scores for a population that, paradoxically, before the Covid-19 pandemic, was able to meet expectations.” coincide with their disadvantaged socio-economic profile. Said the report.

“You were at a greater risk of getting infected,” said Elizabeth Arias, the report’s lead author, in an interview. “People who work in the service sector could not telework.”

Hispanic and Black Americans are largely overrepresented in jobs that were deemed essential during the pandemic lockdown and are more exposed to the virus than office workers who could work from home.

“These groups have been infected and that has a lot to do with their status in society,” said Arias.

Covid-19 was the third leading cause of death last year, and “the overall death rate was highest among non-Hispanic blacks and non-Hispanic Native American or Alaskan people,” the CDC said in its preliminary mortality report in April.

“You would expect an infectious disease or pandemic to affect everyone … but it affected populations that differed by race and ethnicity,” said Arias.