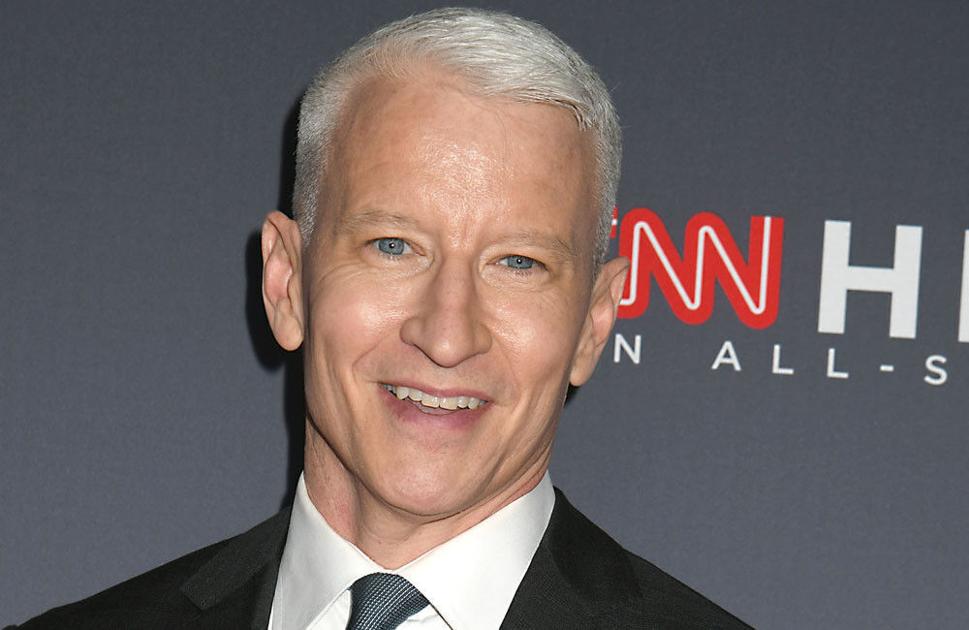 Serious academics may disagree with me vehemently, but I uphold the purpose of all television, film, theater, music, dance, and other distractions to keep myself entertained.

When enlightenment, education, and life changing revelation follow it is a bonus or more, but the main role is to provide people with a good time, if possible a smart, well-staged good time.

Twice in the past week, special programs that appeared on television were as boring as a catalog of seeds. It can be said that each was news or ceremonial and was not subject to the same criteria as a regular broadcast, but both were put together by a broadcast company, each ABC, which was supposed to know better about and record TV production Time to make sure the viewers saw something of substance and quality.

In ABC’s defense, the two programs, this year’s Academy Awards and Two NFL Drafting Nights, are being orchestrated by outside parties who have to do business and some say what’s going to happen on screen. Awards must be given and the names of the designs must be read. Some drama and tension are involved, but they come in irregular doses. It’s the job of the television producers to fill something interesting.

The Oscars achieved their lowest ratings in years. Part of that can be attributed to a year when people didn’t have the same access to movies as usual. Even I, a film buff and film historian, had to keep a keen eye out for publications and figure out where to find them and how to watch them.

Ignorance of the nominated award or performances is only part of the answer, as in most years the majority of audiences do not know about half of the films or recognize more than a handful of actors.

What has been missing lately is a heavy dose of Hollywood glamor and some showbiz razzmatazz. Added to this is the tendency of the current stars to use their time at the microphone to make political statements that may seem cool and fashionable to some but annoy others because they agree or disagree with the speaker and do not correspond to the purpose of the Oscar ceremony and Registering as a preacher in a trendy, oh-what-a-good-boy-am-me way, and not something useful or inspiring.

Regina King, who first appeared on the 2021 Oscar show, wasn’t even joking when she said people were reaching for their remotes and she started her moment of sentimental justice.

I interviewed Regina King and I like her. She’s intelligent and has a sense of humor, but she killed the Academy Awards from the start. I’m too curious who gets the Oscar to take it off, but as King invited, many have.

When I passed King, the show never started as entertainment. I enjoyed looking at the awards and fashion, but nothing in between tried to amuse or appeal to the need for a television show.

High-flying explanations of the craft of film and even personal stories about how presenters took an interest in films did not create joy and amazement. You stunned. Each Oscar show has five songs to showcase, scores to play, and key scenes from the films of the year to be shown.

At this year’s Oscars, no musical numbers were listed and only a few excerpts from nominated films were shown. The producers seemed to care about keeping things solemn, banal and loud.

At least, when Perry got philosophical while accepting the Jean Hersholt Prize for Humanitarian Aid, he spoke about “the middle” and avoided extremes. Thanks also to the European and Asian recipients who took care of films and families.

As for the NFL draft, I couldn’t believe the clownish, idiotic, uninteresting chatter as it continued between picks. That wasn’t television. I was in a mess. The commentators talked about each other and seemed to compete over who could be the most croaky and the least astute. The show had no pace, no style. It was an all-rounder that never offered anything to see or hear unless an actual selection was made.

No one involved in the NFL should be proud of his or her performance, let alone the slow pace, clinging to the things that should be said, and the energetic antics apparently borrowed from Holy Moly.

If this is the best ABC or TV can do, maybe even I, a fan who likes to see things as they happen, will get a newspaper or Google to find out who has been belatedly rewarded.

The only thing that annoys me when listening to some jazz stations is when a DJ or presenter ascribes the composing of a song to the performer or arranger and not to the actual author.

A song “Feeling Good” is sung a lot, and on two separate occasions, both in television competitions, I’ve heard it is credited to people who sang it famously but didn’t have the slightest hand in writing.

One who was introduced to “Feeling Good” as Michael Bublé. Last week’s “The Voice” even had the subtitle “Feeling Good”, Nina Simone.

Yes, Bublé recorded a rousing version of the song and Simone provides a final rendition as usual, but the tune was written for a 1964 Broadway show, “The Roar of the Fat Color, the Smell of the Crowd” by that musical composer, Anthony Newley and Leslie Bricusse.

How about a little exact loan where it’s due?

Cooper does well on Jeopardy!

No other host grew as much as Anderson Cooper did during his two-week tenure as the host of “Jeopardy!”

At the end of his first week, I wrote off Cooper as someone who knows his television skills well but seemed a bit bland when it came to, “Jeopardy!” lively.

In the second week, the final episode of which was anticipated by the NFL draft (Hrrumph!), Cooper seemed to find a step and was both looser in joking with attendees and quicker in making accurate comments on answers and situations that went with it every show. While he’s not generally a fan of Cooper, I think he would be my second pick after Ken Jennings to take on the late Alex Trebek when “Jeopardy!” continues with a permanent host.

During the “Jeopardy!” Theme last week a brouhaha evolved when a hand gesture from three-time champ Kelly Donahue was interpreted as a sign used by white supremacists. I believe Donahue when he said he had no political motive for holding three fingers diagonally against his tie the last time he appeared. He said he said he had won three games and apologized if his message was misinterpreted.

The whole controversy is another molehill, albeit a molehill, turned into a mountain by people who see wrongdoing everywhere and pounce on it for joy. I’m looking forward to a day when people stop taking every complaint seriously and jump on belt cars in indignation until it becomes clear that something significant has happened.

Early television started with the tradition of shows with families, which required the recruitment of children to play a key role.

There have been hundreds of household favorites throughout TV history, from Jerry Mathers and Ron Howard in the 1950s to the teens we saw on shows like Modern Family, The Conners, and The saw the Goldbergs grow into young adults. “

When I was a kid, halfway through an earlier century, I had two particular favorites among teenage actors of the time, Lee Aaker, who played Corporal Rusty on “Rin Tin Tin,” and Johnny Crawford, a mouseketeer I couldn’t wait until you see Mark McCain on “The Rifleman” every week.

My fan’s affection for these two child actors continues to this day. I stop at the reruns of “Rifleman” so I can see young Johnny Crawford learn right from wrong in an emerging west from his father Lucas McCain, played by Chuck Connors.

Coincidentally, both Aaker and Crawford died in April, Aaker earlier that month, Crawford on Thursday the 29th.

I haven’t met either of them, not as obvious a circumstance as you might think, considering I’ve been interviewing people from television and television history for over 50 years, and have met many of the actors I enjoyed as a kid.

Still, I felt lost in both deaths.

Anyone who remembers me in single digits for days could remember that I had a Rin Tin Tin doll that I had taken everywhere. There’s a picture of me holding the dog at a Thanksgiving dinner. Without exception, people comment and say, “What a beautiful dog! What was his name? “I say” Rinty “and add that the dog is not real, but a toy and part of my bond with” Rin Tin Tin “whom I observed religiously and not just Lee Aaker but John Y as well Brown enjoyed playing the head of the fort, Lt. Rip Masters.

My bond with Rin Tin Tin and Corporal Rusty was so great that I had a Rusty costume that I often put on after school and wore three Halloween’s in a row. Yes, I would pretend I was another child soldier at the fort that Rusty took in when his parents were killed, and I would make up dialogue with Rusty and Rip and others from their home base in Fort Apache.

I was also an imaginary friend of Mark McCain. There was something thoughtful about Johnny Crawford’s approach to the role that I still see in reruns today. Like other boys in TV series, he ran into trouble from which his father had to save him. He has also witnessed many events as the west went from wild to civilized and organized. Mr. Crawford’s Mark seemed so understanding and mature. Nor was he afraid of being a good kid who could accept situations and learn from them.

Lee Aaker stopped playing after his childhood. He reportedly died penniless and almost unrecognized. That makes me especially sad because I can still imagine scenes from “Rin Tin Tin” and of course remember Mr. Aaker as a child and imagine him.

Johnny Crawford stayed in the entertainment realm and kept playing – you can see him on shows from a few years ago. – during a career as a composer and musician.

Every generation has its nostalgic shows and nostalgic characters. While I well remember Tommy Rettig, Billy Gray, Jon Provost, Paul Peterson, Rusty Hamer, Angela Cartwright, Shelley Fabares, Tony Dow, Dwayne Hickman, Jay North, Lori Martin, Noreen Corcoran, and a number of Mouseketeers, were those two Most important, and for whom I had the greatest affection, were Lee Aaker and Johnny Crawford.

May both rest in peace. As long as the generations “Howdy Doody” and “Mickey Mouse Club” live, they will remember.