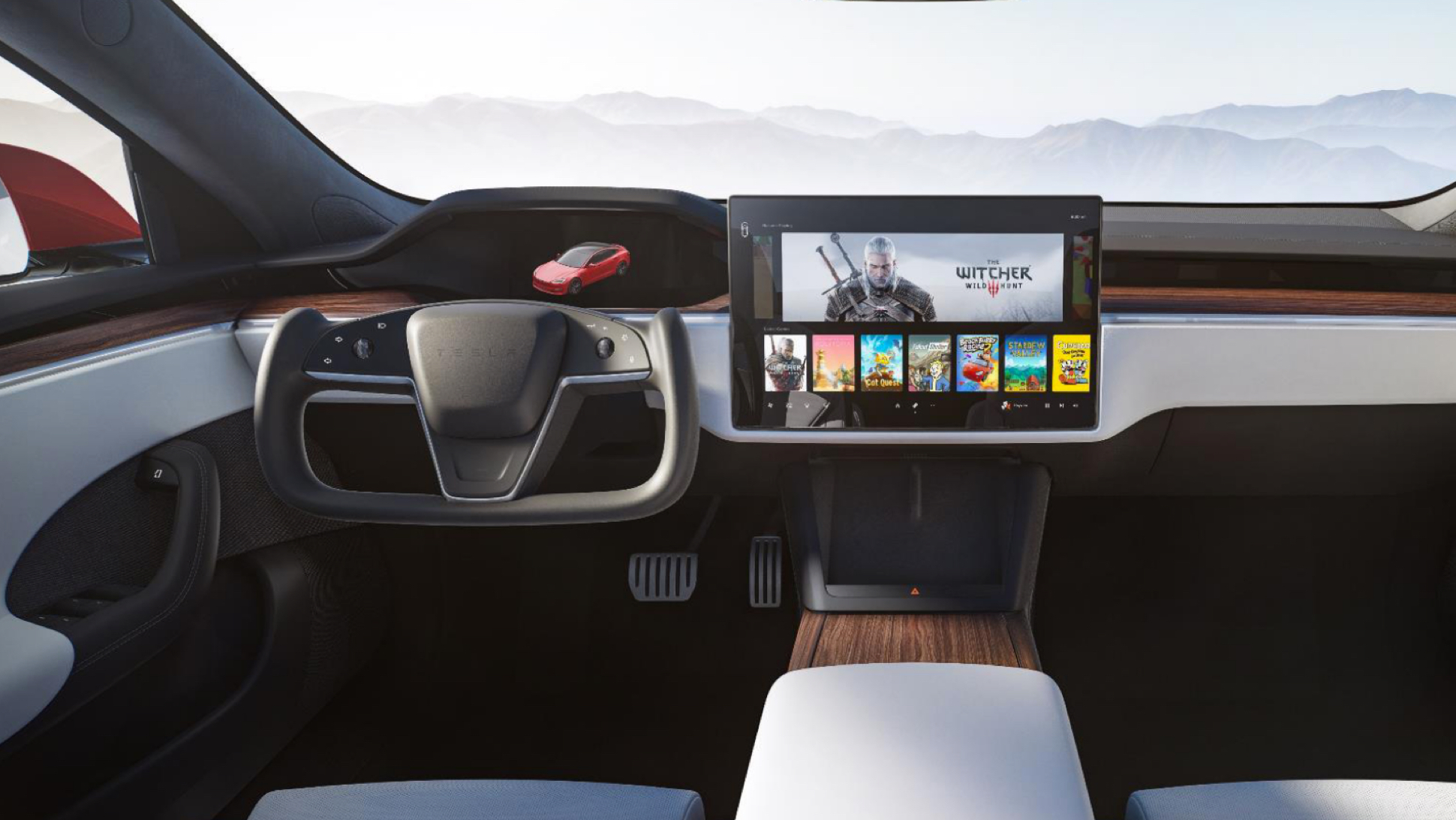 Tesla revealed his long expected Freshening up his Model S. Limousine in its annual 2020 financial presentation today. The car has a new front fascia, but the biggest changes are inside, where a yoke-style steering wheel and landscape-oriented touchscreen on the Model 3 represent the biggest changes to the model.

The new steering wheel on the Model S is very similar to the one introduced for the new one Tesla Roadster, just with a few more buttons that make the S version a bit more functional – but only slightly. It feels cool to be behind a steering wheel that looks like it was from an airplane, but employees at The Drive who have driven replicas of KITT from the 1980s show that using a yoke wheel in a car is paramount is irritating.

Yokes work on an airplane because you don’t have to turn them as hard. Unless the new Model S has an extremely short rack, which is dubious in a production car. It is more frustrating to drive this car on tight turns, in parking lots, or in any other situation where you need the full lock to be with a traditional round wheel as there isn’t a good place to grab the top of the yoke.

Tesla also appears to have thrown away the stems on the steering column, transferring the key functions for the lights and turn signals to the wheel itself. What is noticeably missing in the photo is the windshield wiper symbol. We hope Tesla made the wiper settings easier to control than the Model 3, as a German Model 3 owner had his driver’s license suspended last year for running off the street while adjusting his windshield wipers.

While the Model S update replaced the tall screen with a Model 3-style landscape screen, the interior was not fully upgraded to Model 3. In the traditional gauge of the driver there is a smaller screen for the most important information about the vehicle.

This story is evolving and will be updated as we get more information.

Do you have a tip? Send us a message: tips@thedrive.com