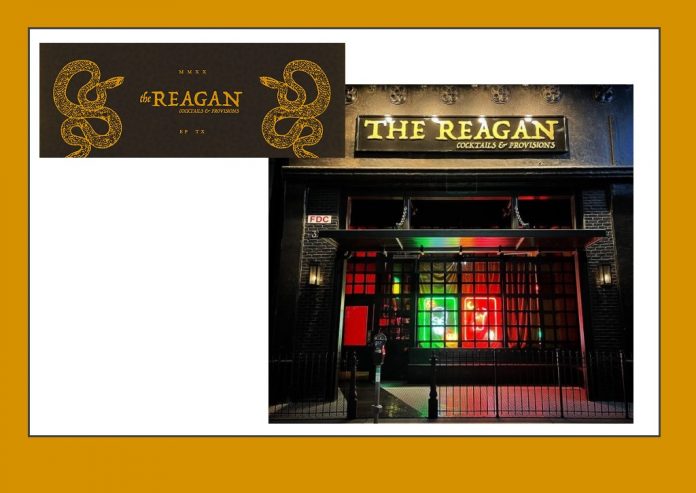 El Paso’s newest venue – The Reagan – opens its doors to the public on Friday June 18.

Co-owners and newlyweds Kassi Foster-Nava and Alejandro Nava announced the grand opening of The Reagan at 313 East Mills Avenue on Friday morning.

The spot has been fascinating hotel guests and business people in the city center for over a year.

“It feels great to be part of the ongoing revitalization of downtown El Paso. We’ve found a home for our business model and a place where we can share our love of music and our eclectic style with the community, ”said Foster-Nava, who previously owned Golden Bones, a retail boutique in Austin.

“The Reagan really picks up where Kassi left off with Golden Bones, but that’s really an El Paso thing,” added Nava. “The combination of the powers of entertainment unprecedented in El Paso, incredible cocktails and a delicious menu has resulted in what we call a cabinet of curiosity.”

Venue officials say the Reagan is 6,300 square feet, which includes an upstairs lounge and a basement that serves as an extension to the backyard services.

The conception, the renovation of the original ceilings and wall treatments, a complete overhaul of the underground rooms and the new building took over two years.

“Noteworthy is a hidden tunnel that was discovered during the construction process and diverted into a wine cellar and converted,” add the officials at the venue.

The Nava’s took pride in hiring a fully local team of subcontractors and currently have 40 employees.

The visual curiosities at The Reagan are huge, but not limited to a Zoltar machine from the movie “Big” starring Tom Hanks, a retrofitted jukebox full of selections from the 70s and 80s, and neon signs designed by Foster-Nava. Andy Warhol can be found on the walls of the men’s room and attention-grabbing Gucci cats adorn the women’s room. Yolanda

Baker, the famous disco ball maker for Studio 54, was hired to create a signature piece for The Reagan. Skulls, snakes, angels and animal prints are woven into the scene wherever possible.

The upper floor is known as the “tarot” and is for those who want to get away from the crowd or enjoy a VIP get-together. It has an underground feel, but it sits on top of the Reagan and gives guests a glimpse of the entertainment spectacle downstairs.

The Reagan is a bit of a chameleon as the experience one will have varies depending on the day of the week. They plan on hosting themed parties like 80’s Goth Rock Night and Taco Tuesdays to cater to all kinds of music lovers and crowds. Finally, wine dinners and Sunday brunch are offered to showcase the culinary expertise of the staff.

“Red carpet-style events with a mix of guests from punk rockers to Elvira doppelgangers are definitely an option,” says Nava. “And of course we hope that the DJ booth will attract guest talents such as Justin Strauss, Eli escobar, and Peanut Butter Wolf. “

The Nava’s on their leadership team at The Reagan are supported by longtime friends, Chef Hector Saenz, Food and Beverage Director, and mixologist Cesar Perez, Cocktail Director.

Saenz will ensure a solid gastro-pub menu that will be served on branded tableware from the collection edition, ranging from small plates to wooden boards.

As more and more people are returning to their offices in the city center, Saenz is looking forward to offering an extended lunch menu to those who want to “escape” the working day. “The food that comes out of the kitchen complements the high presentation concept at the bar with bartenders who pour and create cocktails,” says Saenz.

Perez joins The Reagan from Velvet Elvis and holds multiple titles in the competitive bartending world. He is considered one of the Top 50 in the world class of the United States Bartender’s Guild.

At The Reagan, he manages over 250 notable bottles of rare and curated spirits, as well as premium ages and a “hard-to-find” beer selection. His focus is on the preparation and he uses the “crust program”, which closes the cycle between kitchen and bar and creates so little waste.

“In our mixology laboratory, we apply culinary concentration. Centrifuged oil infusion is a common practice. Syrups are injected with a local flavor, and we often use clay-aged water in our bar batches. The Reagan puts spirits on a pedestal, ”says Perez.

“From designing the space to cultivating the spirits, we have more fun than work,” says Nava of the couple’s efforts to bring The Reagan to life. “It’s pure and punk and romantic at the same time.”

The rest of June, The Reagan is open Thursday through Saturday from 5:00 p.m. to 2:00 a.m., with gastropub offerings from the kitchen until 10:00 p.m. An online shop for The Reagan items will soon open.

For more information, see The Reagan on-line or on Instagram.

Leisure Information Roundup: Field Workplace: ‘Within the Heights’ Disappoints With $11...