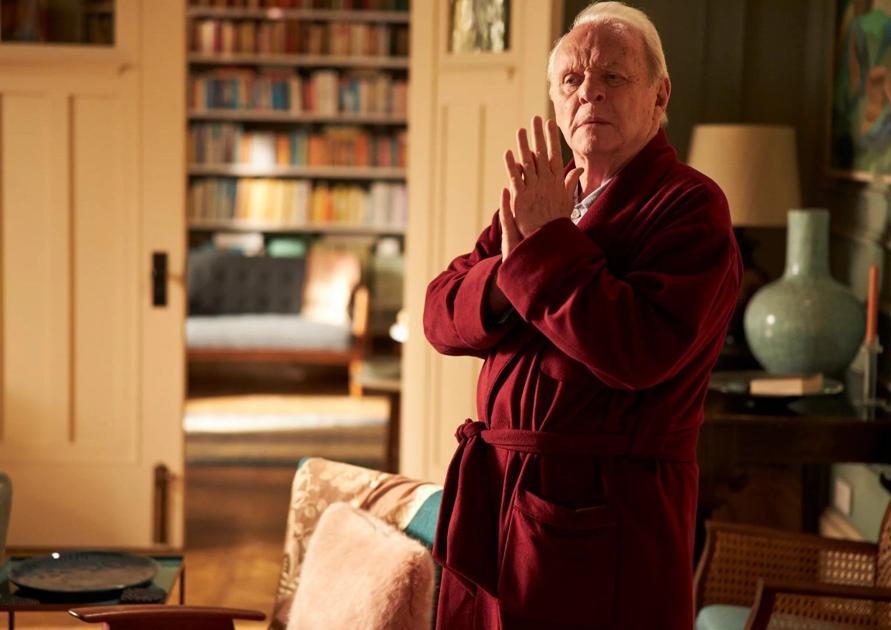 Of all the recent plays that have been turned into feature films, “The Father” is considered the most impressive.

Just as impressive is Florian Zeller’s directorial debut, who, in contrast to other first-time directors this season, shows natural cinematic talents.

“The Father” is a mind-boggling puzzle about a man with dementia / Alzheimer’s disease – or does it? In a sensational performance that is considered to be one of his best work, Sir Anthony Hopkins delivers a performance that tests his abilities on all levels. The role requires the Oscar winner to use an abundance of emotions, often within the same scene. Hopkins was a key part of the best actor race for his performance that year, as was co-star Olivia Colman, who returned after winning Best Actress in 2019 for “The Favorite.”

“Everything is fine, Anne,” says Anthony (Hopkins) to his daughter (Colman). The wealthy gentleman lives in a very nice apartment in London, where he understands that his only daughter Anne is suddenly moving to Paris for a man.

Moments later, Anthony is shocked by a conversation with his daughter’s husband, who claims they have been married for 10 years. “Nonsense,” he exclaims, convinced that someone is playing a joke or “boiling something up”.

Some of Anthony’s possessions and money are gradually disappearing, bedrooms and furniture change from day to day, strangers come and go in and out of his apartment without his daughter explaining this.

Anne hires someone to help calm her father down, and at first young Laura (Imogen Poots) and Anthony hit it off, but it gets dark quickly.

“The father” is much more than a conspiracy “is he or isn’t he insane?”. It has a subtle genius embedded in the filmmaking that could be lost to the passive viewer. Careful attention to detail has to be considered as small things like paintings, furniture, wall paint, carpets, sometimes all of them change within a scene or setting.

Think M. Night Shyamalan, but without all that genre stuff. Curiosity is what brings the viewer forward in “The Father,” and regardless of how lost you are in what is actually happening, the ending explains it all thoroughly.

“The Father” could easily have been just a performance vehicle for Hopkins and Colman, but Zeller’s interest in using the camera in an unconventional way for a drama of this kind reinforces everything about it.

Depending on your age or your experience with aging, “The Father” affects you differently. While “Still Alice” has long been the epitome of dementia, “The Father” brings a unique approach to the conversation. Zeller’s enigmatic unraveling uses editing in a special way to convey confusion and disorder.

It could be argued that the editing is just as important in this film as the acting. Zeller wrote the script especially for Hopkins, which is why the character is called Anthony. He admitted that the film likely would not have worked, or even would have been shot, had the legendary 83-year-old actor turned down the role.

Final thought: “The Father” – its accomplishments and superior editing skills – make it one of the most impressive films in the prize race and a must see.