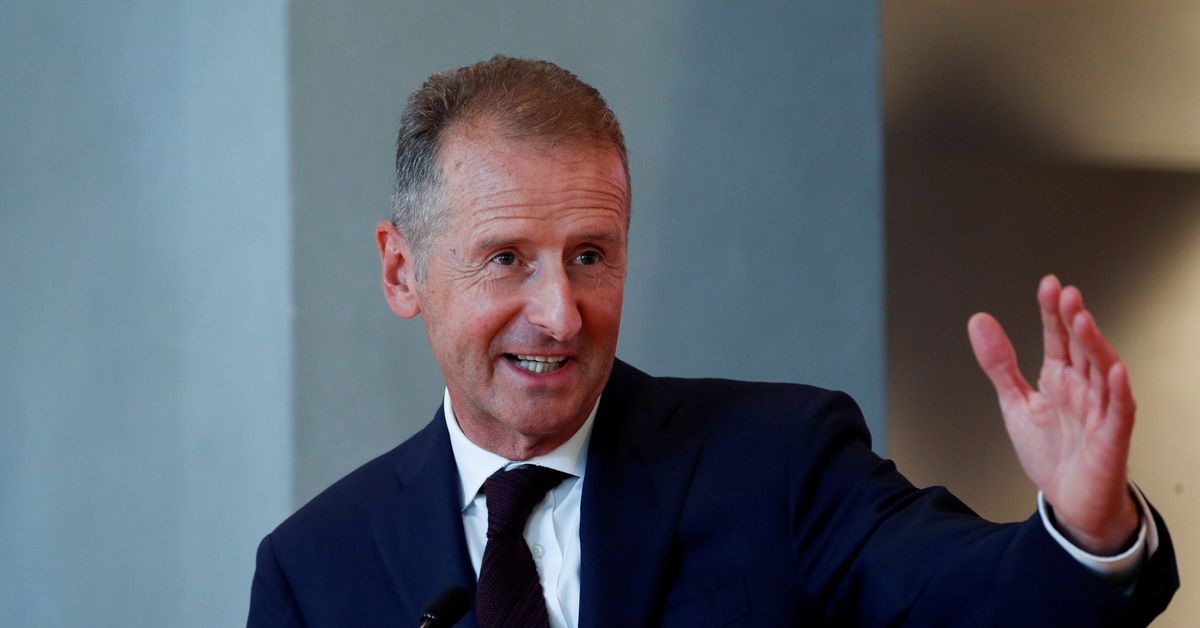 MUNICH, September 7 (Reuters) – Volkswagen (VOWG_p.DE) is optimistic that there will be enough internal or external funding to push through its ambitious plan to build six large battery factories across Europe with partners by the end of the decade, the chairman said.

“The required capital is available on the market. Northvolt has shown that, ”said Herbert Diess on the sidelines of the IAA Munich.

Swedish battery cell maker Northvolt, in which Volkswagen has a 20% stake, raised $ 2.8 billion in June this year as part of one of the largest private placements in Europe, led by four Swedish pension funds and OMERS Capital Markets. Continue reading

The construction of new battery cell plants, which usually cost around 2 billion euros each, is an essential prerequisite for Volkswagen’s vision of becoming a world leader in electric vehicles (EV).

Volkswagen outlined its battery cell push in March, which it intends to carry out with partners, but has not yet specified exactly how much it will cost and what proportion the automaker wants to finance itself.

The six European factories will have a combined production capacity of up to 240 gigawatt hours (GWh) per year, with the first 40 GWh coming from Northvolt from 2023.

The second plant will be built in the city of Salzgitter by 2025 in partnership with China’s high-tech Gotion (002074.SZ), in which Volkswagen has a 26% stake, with possible locations for a third and fourth plant in Spain and Eastern Europe.

Two more plants are to be built in the following years, but Volkswagen has not yet given any information about the location in Europe.

Diess said in May that parts of Volkswagen’s battery operations could be listed separately in an IPO. Continue reading