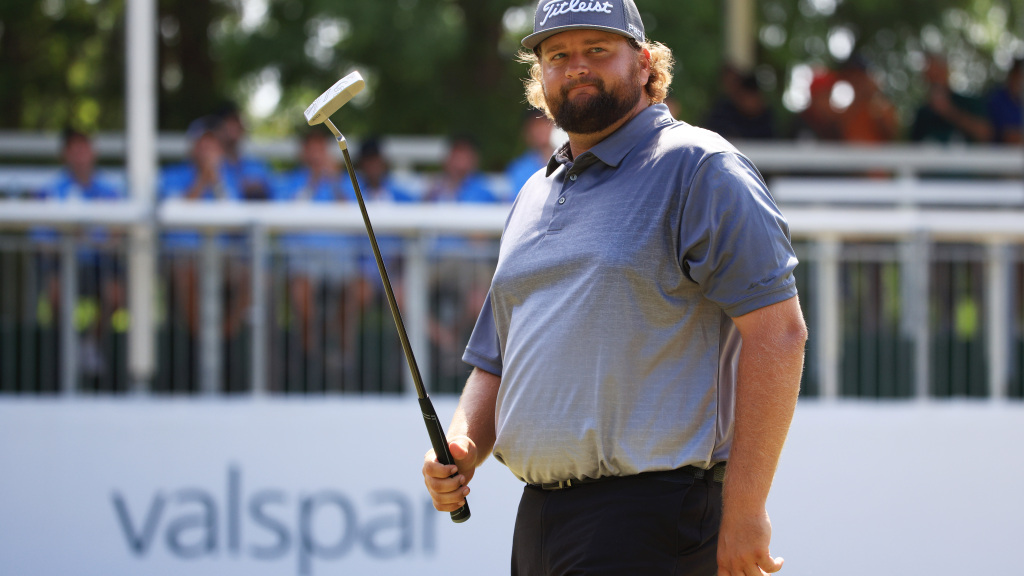 At the end of April we met Michael Visacki, a mini-tour golfer who got emotional on a phone call with his father after qualifying for his first PGA Tour event since his career in 2013.

A few days later he went out and started this event in an incredible way. While Vissacki didn’t make the cut at the Valspar Championship, it was very cool to see someone come true a dream that meant so much to them.

Visacki’s story earned him an invitation to the annual PGA Tour stop last weekend in Colonial for the Charles Schwab Classic. He missed the cut after rounds 77-72 but before leaving he shared a great moment with Justin Thomas who presented him with a check to help him with his career.

Being a mini-tour player can be very expensive, and that expense can be a burden on a player trying to make their way up to the PGA Tour.

Visacki spoke at Valspar about how expensive it is to be a mini-tour player. Posted by Kyle Porter of CBS Sports:

“It’s extremely difficult,” said Visacki. “Sometimes the entry fees are $ 400 to $ 600, and if you don’t win or finish second, I mean you are barely breaking even. Then it is not the case that there is a free entry fee every week, that we are only playing for one price. For example, if you miss two or three cuts and each cut costs you $ 500 each tournament, then in two or three weeks you will be down $ 1,500 in entry fee alone, hopefully the car won’t break down.

“Despite all of my success, it’s still very, very, very difficult to make a living. If I had to pay rent, I probably still wouldn’t be able to play as much professional golf as I’ve won in the past. “

Good from Thomas, number 2 in the world, for helping him. And what a sweet reaction from Visacki and his Pops.