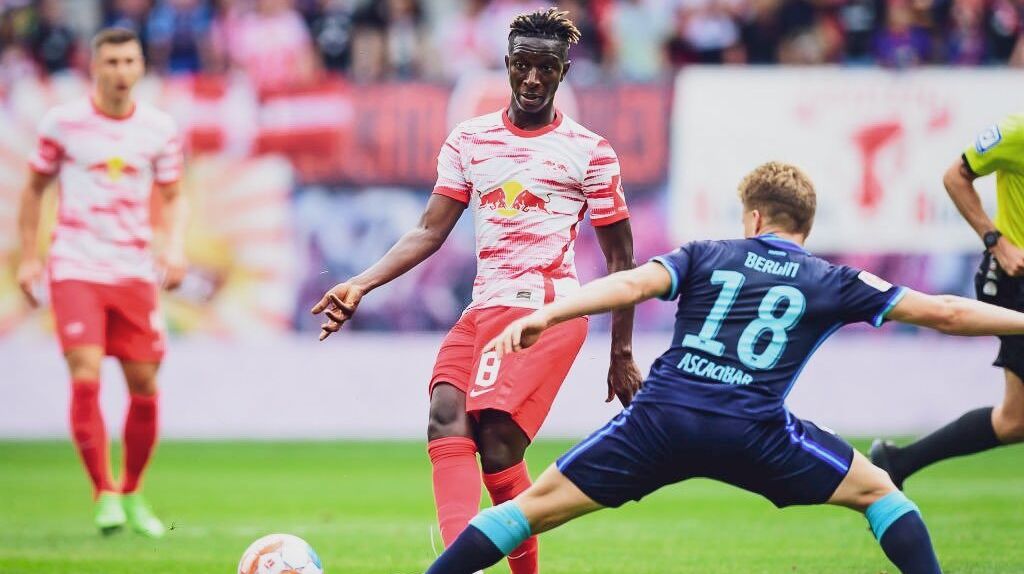 Rangnick He himself signed the Mali national player for the German club in 2019, so he knows what it’s about and believes that he could be the key to change Red Devil‘Playing style and shapes the page according to his own image.

Haidarawho has made 100 appearances for Leipzig has been a dynamic midfielder since January 2019 who would help Rangnick impose his persistent style Manchester United Team.

He’s a tireless worker in the middle of the park, often in a defensive or box-to-box role, although he can create opportunities and also intervene with a goal or two, as he did against last season Manchester United in the Champions League.

To the Manchester United, Haidara is said to be a relatively cheap option with an exit clause of around 40 million euros. Leipzig will want to see this completely met but nonetheless it makes it a cheaper option that West Ham star Declan rice.

The 23-year-old is also known for wanting to switch Manchester Unitedafter speaking in the past that the English club was a dream destination. the Rangnick Connection is another incentive as he knows his former boss is well aware of his capabilities.

Haidara joined Leipzig from other Red Bull teams Salzburg, who hired him as a teenager, and the German club closely followed his progress in Austria prior to their move. As part of SalzburgAs a U19 man, he won the 2017 UEFA Youth League and in 2018 was on the 10-man shortlist for the Kopa trophy, which honors the best U21 player in Europe.

Who would he replace for Manchester United?

The Malian is a combative player with a strong work ethic, ideal for Rangnick‘s urgent game. His work off the ball is priceless, but on the ball he thrives and although he is often viewed as a defensive player, he likes to take the ball forward and has said his idol is Steven Gerrard.

It’s not so much about who Haidara replaced to make the team stronger. He can play anywhere in central midfield, including as a seated player, but maybe best as a box-to-box player, and he will add to a midfield full of more competition Paul Pogba, Donny van de Beek, Scott McTominay, Fred and Bruno Fernandes.

if Rangnick made it Haidara Priority number one, there is a good reason and why United could get him in January, it could accelerate the transformation the German coach has in mind for the team.