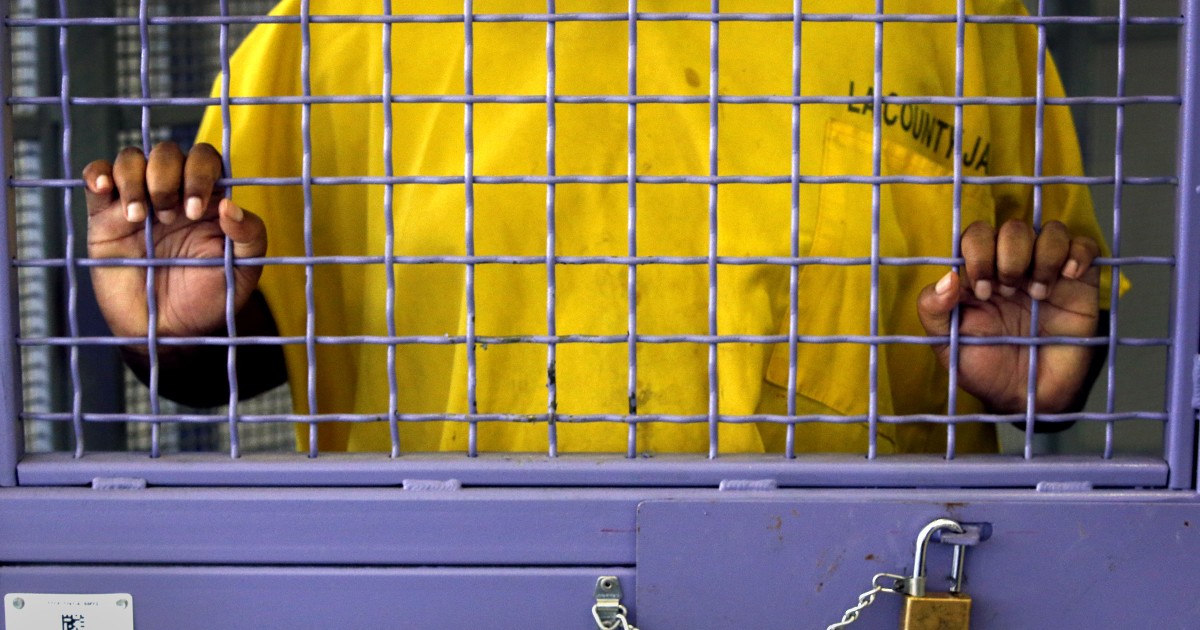 The Los Angeles County prison is filled with hundreds of inmates charged with crimes but too mentally ill to understand the charges brought against them or to support their own defense. Unable to stand trial, they burn county taxpayers’ money while they wait in jail.

Waiting for what? Not to get completely and sustainably healthy, but just good enough to be fit for the test.

The improvement will not happen on its own. The prison is a poor place for psychiatric treatment, and while the county clinics do their best, inmates often get worse, making future treatment even more difficult. Slightly better results are seen at the two treatment centers in San Bernardino and Kern counties as well as state mental health hospitals, and LA sends its mentally incompetent inmates to these locations when beds open. However, waiting for these treatment places can take a year or more.

If all goes well, inmates will return to LA County, stand trial, and if found guilty, generally end up back in jail or, if not guilty, on the streets. In either case, they don’t have an ongoing treatment plan, so they end up on the streets and maybe have to go through the entire cycle of crime, prison, treatment, trial, and crime all over again.

In recent years, the county has come up with a better way of doing things with its Office of Distraction and Reentry, better known as ODR. The Office runs a program This will move individuals charged with misconduct – and some charged with criminal offenses – from prison to community clinics for treatment pending trial, at a fraction of the cost they are charged for have incarceration in prison. Regardless of whether they are ultimately found guilty or not, they go with a care plan designed to keep them out of the otherwise endless cycle. That alone makes community treatment a better, more sustainable, and less expensive option than in prisons or state psychiatric hospitals.

Now the state is looking for a handful of counties willing to distract not just some but all of their accused criminals who are unable to stand trial (the bureaucratic jargon is “FISTs”). The state will pay. Los Angeles County should come first to enroll as it has the largest and most expensive FIST population and the most nimble and successful local program in the ODR for dealing with suspected psychiatric offenders.

Additionally, the Los Angeles County government has moved – at least in theory – to the fore of treatment-based, sustainable alternatives to incarceration. In 2019, the Board of Supervisors enthusiastically passed a Care-First-Jail-Last-Last program, voted for the (final) closure of the dungeon-like men’s central prison, scrapped a plan for a new treatment-based prison, and agreed that Treatment should take place in community clinics, with the level of safety appropriate for the population concerned. Last year, voters changed the county’s charter to set a funding floor for community investment programs (such as youth development and vocational training) and alternatives to incarceration (centered on mental health care).

However, some members of the county government are testing the application to participate in the state program known as the Community Care Demonstration Project.

The reasons for their resistance are annoying. Some fear the release of a dangerous population – yet ODR already has a solid track record of safely treating and housing accused offenders, and there are providers in the community that can accommodate the nearly 400 mentally incompetent offenders currently waiting in the county jail ( and which are expected to be 1,100) later in the year by prison). ODR vets are potential participants in the likelihood of success, and mental health experts – and Supreme Court justices – rule out accused rapists, murderers, and others unsuitable for community treatment. And again, clinics offer security appropriate to the population in which they live.

Some fear that the state is not providing enough money – yet the county can not only procure the resources offered by the state, but achieve long-term savings, since the costs of housing and treating a mentally incompetent inmate in the community is a fraction of that Cost of placing and treating the same person in prison. Additionally, the county benefits from having each participant connected to a community treatment plan, which avoids much of the future costs of new crimes and incarceration.

The state program is in response to a court ruling that long waiting times for placement in state hospitals are against the constitution (an appeal is pending). The county should take the opportunity to get involved – save money, break the cycle of criminal recidivism and, by the way, demonstrate that promoting alternatives to incarceration was more than just an attitude.