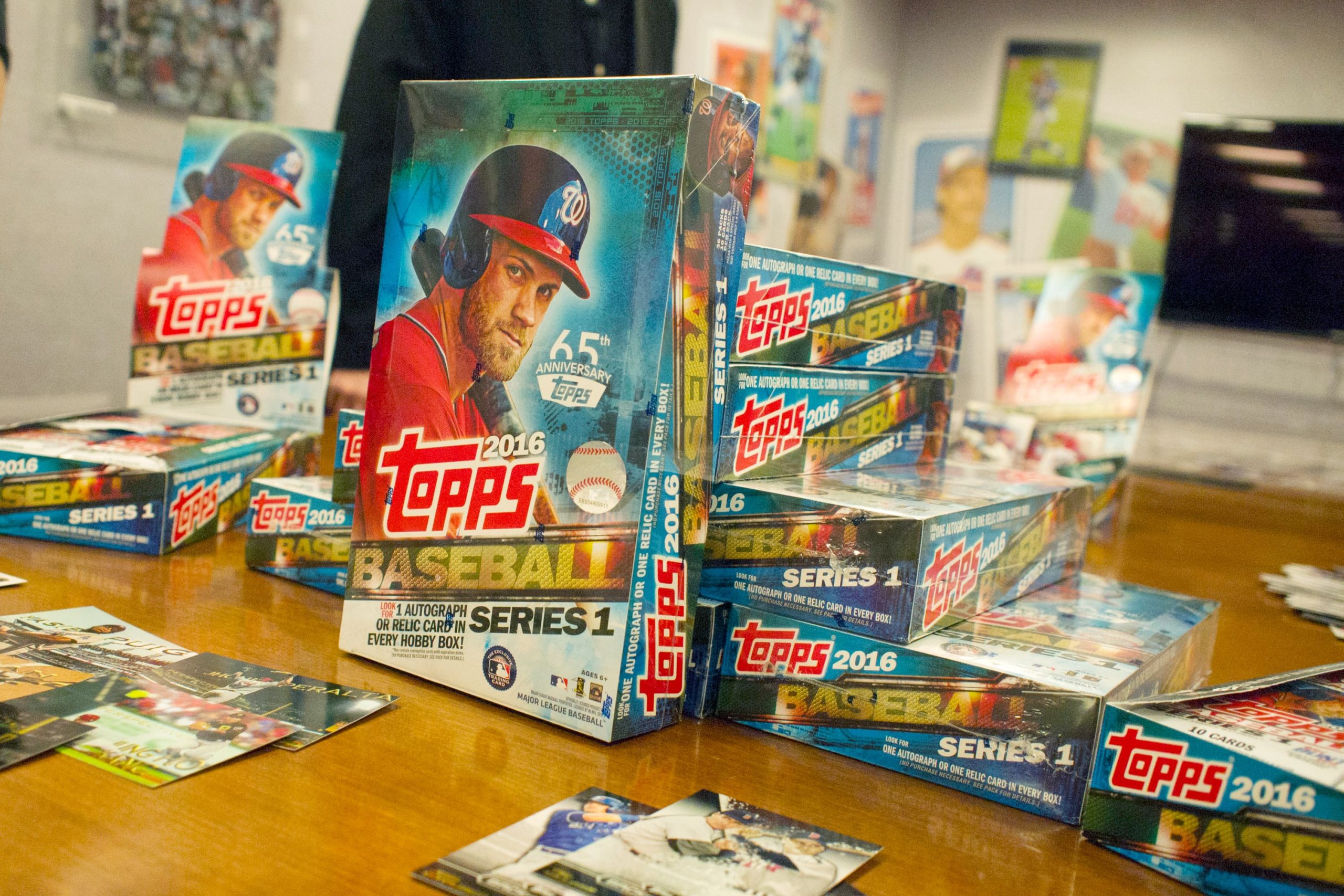 Topps’ 2016 season baseball cards will be displayed during an event in New York City.

The terms of the deal weren’t available, but industry circles put the deal at around $ 500 million. It will only include Topps’ name and sports and entertainment division, not the company’s candy and gift card line, a source said.

Fanatics and Topps declined to comment, but an announcement is expected on Tuesday.

And last year Fanatics secured trading card licenses for the National Football League Players Association and the National Basketball Association. In order to maintain these agreements, Fanatics provided equity capital to the leagues and player unions that is guaranteed to generate at least $ 1 billion in revenue over the duration of the partnerships.

Straight to the consumer model

Fanatics who reached one Valuation of $ 18 billion in 2021, wants to further expand the trading card business via direct-to-consumer commerce. For example, when collectors buy a trading card, they can insure, value, store, and even list the asset on a marketplace for sale or trade through Fanatics.

The company plans to capitalize on a sports trading card business that is expected to reach $ 98.7 billion by 2027, according to Verified Market Research.

The Topps acquisition is also in line with Fanatics’ plans to expand its NFT collectibles sector through its Candy Digital company, which owns the exclusive rights to produce MLB digital artwork.

Topps was a publicly traded company before it was privatized in 2007 after a $ 385 million deal. Founded in 1938, the company was best known for selling trading cards, including the 1952 Mickey Mantle card, one of which sold for $ 5.2 million in January 2021.

Major League Baseball will abandon Topps as a trading card partner, ending a relationship that has existed since 1952.

Fanatics, the sportswear company, is set to get the trading card deal instead, according to two people familiar with the matter. Fanatics and MLB declined to comment.

The MLB extended their deal with Topps in 2018, and the existing deal ends in 2025. The MLB Players Association’s deal also aligns with the league, so the deal would end too.

The 1952 Topps Mickey Mantle Rookie Card from the Marshall Fogel collection arrives at the Rally Hotel in McGregor Square.

In the agreement with Topps, MLB receives a license fee for products that are sold with its intellectual property. Baseball’s exit is a blow to Topps as the powerhouse announced last April that it would go public. The trading card company went with a SPAC merger. a Mudrick Capital Acquisition Corp. II, which is listed on the Nasdaq and valued Topps at $ 1.3 billion.

Topps was a publicly traded company before it was privatized in 2007 after a $ 385 million deal. Founded in 1938, the company became known for selling trading cards, including the 1952 Mickey Mantle card, which sold for $ 5.2 million last January. With the departure of the MLB, Topps is left with license agreements with leagues such as the Major League Soccer and the National Hockey League.

In the meantime, MLB will in some way turn to Fanatics to make physical trading cards. Fanatics plans to start a new trading card company and will give MLB and the MLB Players Association holdings in the company.

MLB already owns shares in Fanatics and recently sold its NFT rights to Candy Digital, which is owned by Fanatics. In addition, Fanatics already owns all of MLB’s e-commerce rights and is looking to expand its business outside of sports merchandising, including sports betting.

Earlier this month, Fanatics secured a $ 325 million raise to expand and is now valued at $ 18 billion.