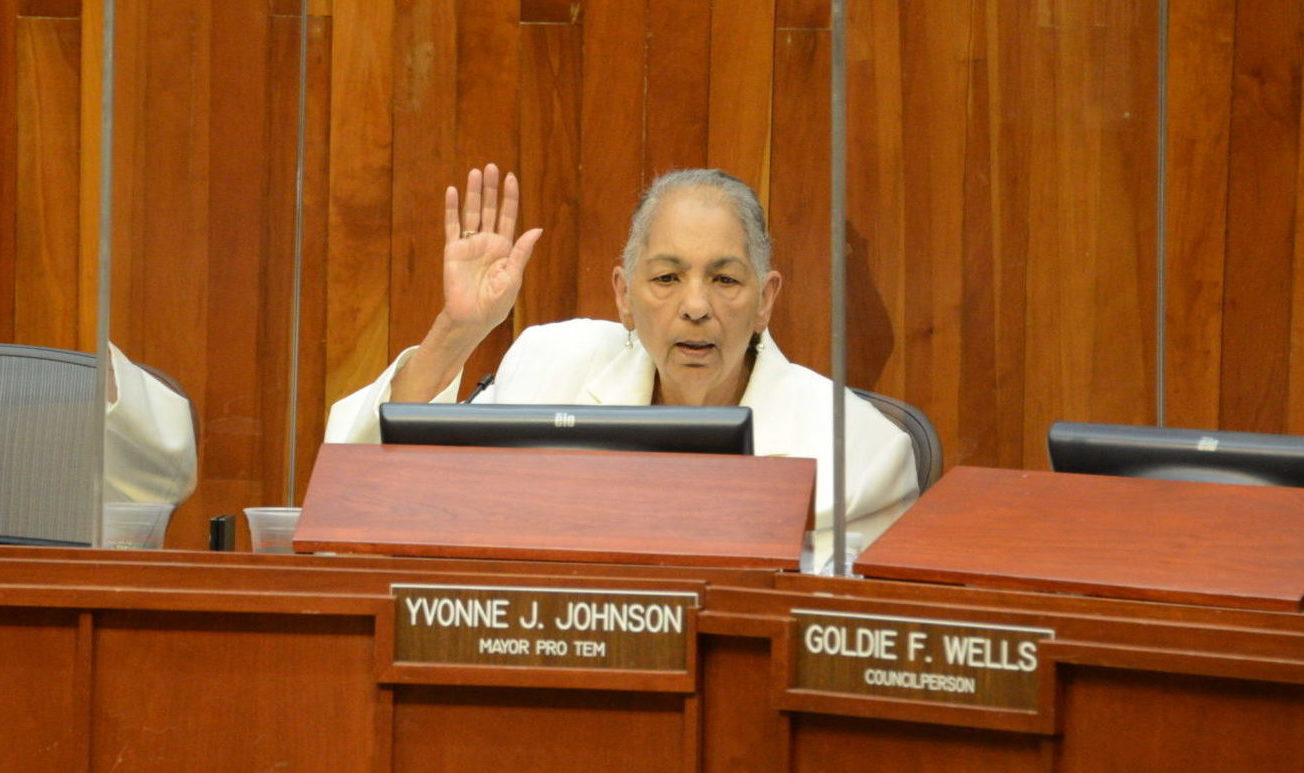 Johnson began the meeting by saying, “The mayor is on Zoom. She has a little stomach problem which is why she is not here. “This statement sparked a lot of laughter from their fellow councilors and the few staff members in the audience and set the tone for the meeting.

This meeting was hybrid, meaning that some, but not necessarily all of the council members are in the chamber and the public is attending Zoom. Vaughan and Councilor Marikay Abuzuaiter attended this meeting virtually. However, as it was a hybrid meeting, all votes cast by the Council should be roll-call votes, which are lengthy and time-consuming. Johnson, who likes to keep the meetings moving, decided that they could vote by show of hands on some items and by voting on others.

Johnson, who, as noted, likes to keep the meeting moving, also voted on items 24 and 25 before hosting the public hearing, which confused everyone for a while. City Manager David Parrish eventually stepped in and set things up again. The public hearing took place after the vote.

The city council also voted to continue a point setting the date for the city council elections on November 2, 2021, and then heard the two speakers who had signed up to address the point.