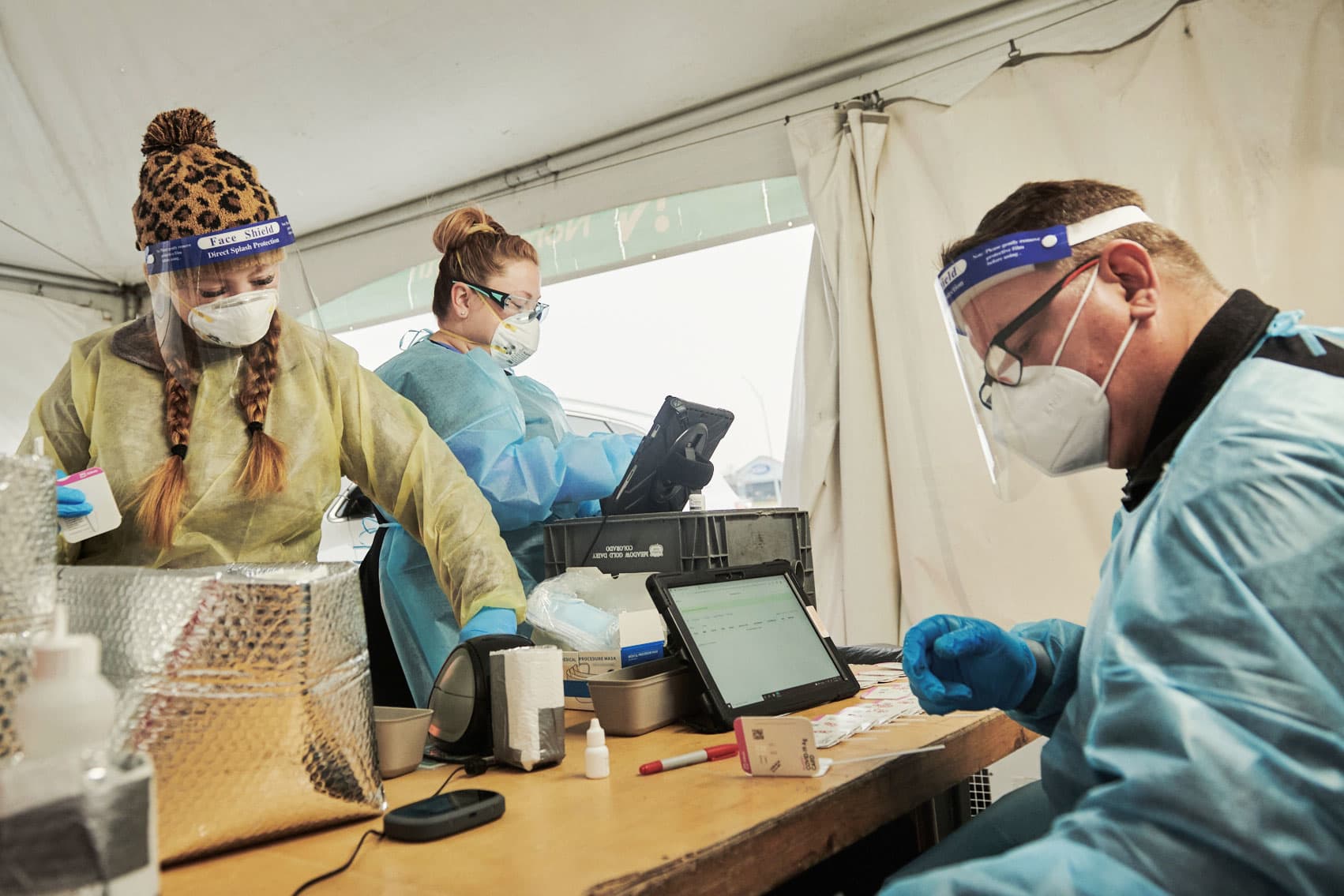 Research into a cluster of Omicron infections in Nebraska suggests that the highly mutated variant has a shorter incubation time and causes similar or milder symptoms in people who are vaccinated or previously infected compared to previous variants, according to the US Centers for Disease Control and Prevention.

The CDC on Tuesday released results of an epidemiological investigation into six Omicron cases confirmed from a single Nebraska household.

A 48-year-old man who returned to the US on November 23 from a conference in Nigeria had symptoms a day later and tested positive for the virus on November 26. The man, who was unvaccinated and had a history of symptomatic infection in 2020, reported wearing no mask at the international conference on November 20 when he had close contact with a masked person who was coughing.

The man took an antigen test before returning to the United States, which came back negative on November 21. On his return to the US, he was still asymptomatic and had close contact with five members of his Nebraska household without wearing a mask Nov. 23

The five members of his household, at least one of whom was only 11 years old, developed symptoms from November 24th to 26th and subsequently tested positive. Four of them had a history of symptomatic infection in 2020, one of which was fully vaccinated with two doses of Pfizer.

Another person in the household was unvaccinated and had never tested positive for Covid before. However, that person had mild upper respiratory symptoms in November 2020 before the other members of the household became infected for the first time.

The CDC said it took 33 to 75 hours, a median of about 3 days, for household members to show symptoms after contact with the traveling man, suggesting a shorter incubation period with Omicron. The median incubation time for Covid is 5 days or more, while according to the CDC, the Delta variant usually takes around 4 days to show symptoms.

The re-infected household members had fewer symptoms compared to their first infections in November 2020, according to the CDC. Two of them reported fever after infection, none reported loss of taste or smell.

The unvaccinated person, who had not previously tested positive, had a cough, joint pain, constipation, fever, and chills. Nobody in the household had to be hospitalized after a positive omicron test, and none of them had any health problems or weakened immune systems. The reinfected people did not have to be hospitalized after their first infections in 2020.

The first confirmed case of Omicron was reported by California health officials on December 1 in the San Francisco area. The person had returned from a trip to South Africa. However, the CDC later found someone who reported symptoms on November 15 after an international trip, suggesting the variant may have arrived in the US earlier.

Omicron was first identified by South Africa and Botswana in November. The variant now makes up 58% of the cases sequenced in the US, while the delta makes up about 41% of the cases, according to the CDC.

However, the study authors cautioned against reading too deeply into the preliminary data, as vaccination and immunity to previous infections may have influenced the results.

Another study by the UK Health Security Agency found that a booster dose of the vaccine from Pfizer and BioNTech provided 75% protection against symptomatic disease caused by Omicron. South African data suggests that two doses of the Pfizer vaccine will still protect against serious illness, but will be much less effective at preventing omicron infection.

In the USA, the new Covid cases are rising to almost pandemic highs. The nation reported an average of more than 237,000 new cases a day for the seven-day period ended Monday, up 66% over the past week, according to a CNBC analysis of data from Johns Hopkins University.

More than 70,000 people in the U.S. are currently hospitalized with Covid, a 3% increase over the past week, according to a seven-day average from Health Department data dated Dec. 27.