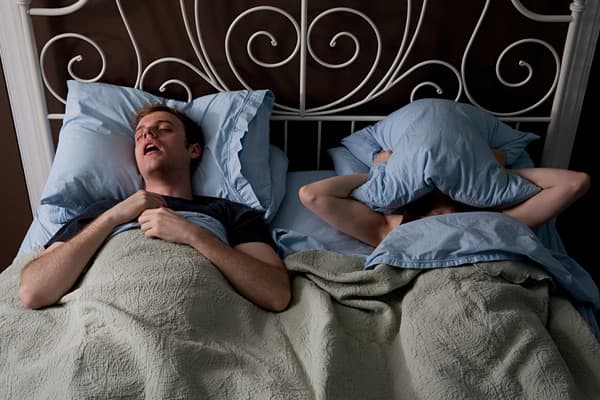 Number of Franchises: 22 (not yet licensed in the US) Fee: n / a Year: 2011 New Zealand native Grant Stephen said on trying the SnorePro sleep aid, “I loved it so much I bought the company . “SnorePro has been available in New Zealand for 25 years. Stephen, who has owned the company for about a year, is now selling the concept worldwide. SnorePro is a bespoke oral device that prevents snoring by positioning a person’s jaw so that their airways become less narrow

The U.S. Food and Drug Administration on Friday approved a new device that can help prevent sleep apnea and snoring – and that doesn’t have to be worn at night.

People who snore – and their partners – have very few options in the market right now to alleviate their suffering. And a lot of what is available involves uncomfortable mouthguards or noisy C-Pap machines.

Approved on Friday, the eXciteOSA device is the first of its kind to be approved to treat sleep apnea and snoring by improving tongue muscle function by electrically stimulating the tongue through a mouthpiece worn for 20 minutes a day. It helps retrain the tongue to prevent it from collapsing backwards and blocking airflow while you sleep.

Obstructive sleep apnea is widespread and occurs when the upper airway becomes repeatedly blocked during sleep, reducing or completely blocking airflow. If left untreated, OSA can lead to serious complications such as glaucoma, heart attack, diabetes, cancer, and cognitive and behavioral disorders.

“Obstructive sleep apnea not only affects the quality of sleep, it can also have other serious health effects if left untreated. Today’s approval provides a new option for thousands of people with snoring or mild sleep apnea,” said Dr. Malvina Eydelman, director of the Ophthalmic, Anesthetic, Respiratory, ENT, and Dental Devices Bureau at the FDA’s Center for Equipment and Radiological Health.

The eXciteOSA mouthpiece has four electrodes, two above the tongue and two under the tongue. It provides electrical muscle stimulation in sessions that consist of a series of electrical impulses with periods of rest in between. It is used once a day for 20 minutes while you are awake, for 6 weeks, and then once a week thereafter.

The agency said the device reduced loud snoring by more than 20% in 87 of the 115 patients studied. Of the patients who all snored, 48 also had mild sleep apnea.

Correction: This article was updated to reflect that one device reduced loud snoring by more than 20% in 87 out of 115 FDA-evaluated patients. The percentage was incorrectly stated in an earlier version of this article.