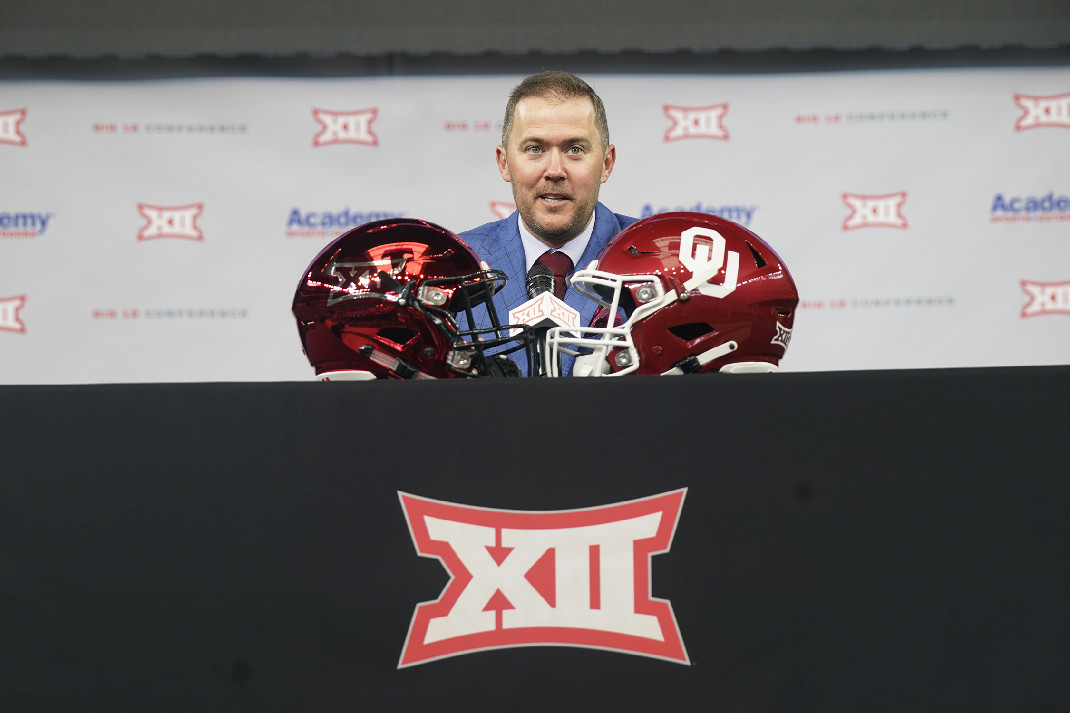 What better Missouri 10th anniversary gift to pull the trigger and join the Southeastern Conference than this: justification.

Texas and Oklahoma stole the show every media day this week as news leaked from the Longhorns and Sooners – closer than many initially thought Wednesday – to leave the Big 12 Conference for good.

Missouri and Texas A&M collapsed in 2011 after the uncomfortable 12-team alliance founded in 1996 collapsed under the weight of twin vices – ego and money. Texas and Oklahoma’s public pose to position themselves at the forefront while cashing the biggest checks drove away Colorado and Nebraska first and then the Aggies and the Tigers.

But money has helped everyone move forward, and money is the driving force here too. But 10 years ago when eyes were roaming Colorado, Nebraska, Texas, and Oklahoma, Missouri was almost caught, and Sporting Director Mike Alden, Chancellor Brady Deaton, and others had to make sure the Tigers had a chair to sit on when – not if – those Music stopped.

On November 6, 2011, the SEC expanded membership to Missouri and has since remained at 14 members. The Tigers found a safe landing spot and could look on in amusement rather than anger if the internal divisions of the Big 12 ever reappeared.

According to some reports, Texas and Oklahoma could give up their commitments and join in time for the 2022 football season to start, while others have suggested that it is more financially likely that both will officially go after 2024-25 when the Big 12’s TV rights deal is finalized as an immediate exit would cost each school up to $ 80 million.

According to Dennis Dodd, who also reported that the other members of the Big 12 are considering giving the Sooners and Longhorns a bigger share of the conference revenue, neither representatives had a conference call on Thursday, highlighting the particular inequality that both Texas A&M as also prompted Missouri to contact the SEC, where both were treated as full members from day one.

If you’re a Missouri fan, I understand you have a few reservations about, uh, Texas specifically joining the SEC.

Texas A&M has taken on its oldest and fiercest rival to join the league: The Aggies like the football recruiting spot of being able to play in the SEC while staying in Texas. The entry of the Longhorns would tarnish that shine. The Aggies have worked hard to escape the pull of the Longhorns’ financial and political might, and now they seem to be withdrawn.

Texas, as always, will do its best to run the show if it joins the SEC, as it did at the Southwest and Big 12 conferences.

Will they be able to do it? Only time can tell. But that’s why I think Missouri won’t be a no to renewing a membership offer if the SEC votes on it. Texas A&M would have to drum up three other “no’s” to override things, but it’s very hard to imagine the other 13 schools rejecting the increased revenue that would come with the addition of Texas and Oklahoma.

The Missouri sports division was safer and financially better off after leaving the Big 12 for the SEC, which made that decision right then and now. It also seems clear that Missouri – and everyone else attending the conference – will be better off financially with Texas and Oklahoma joining.

In this scenario, the SEC would become the nation’s most powerful conference in the greatest sport of college athletics, and be ready to take a leadership role if this talk of breaking with the NCAA materializes.

And isn’t this about money anyway?