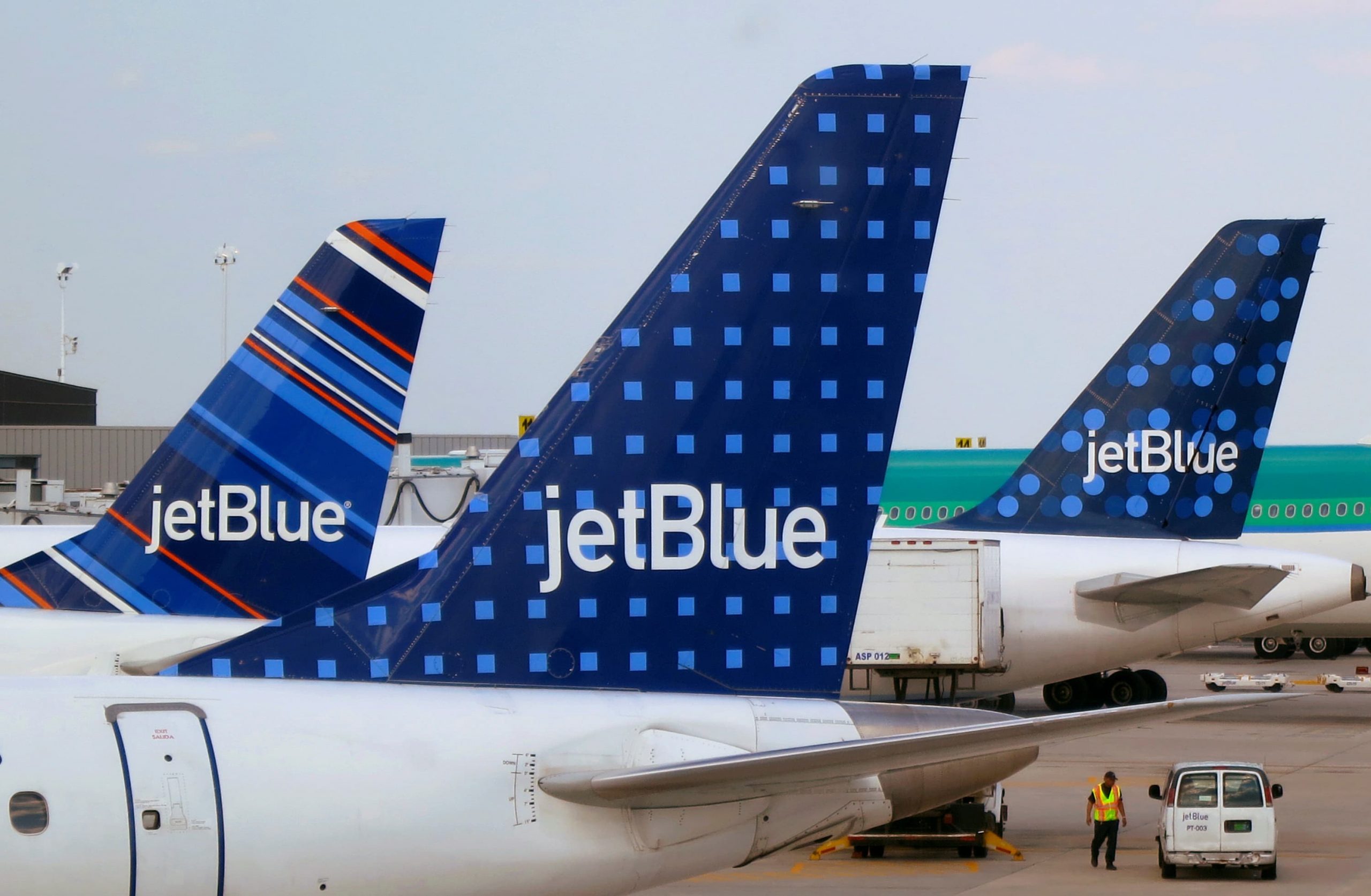 JetBlue Airways Ticket exchange fees will be abolished for most tickets, but travelers buying the cheapest fares should take light bags.

The New York-based airline announced Tuesday that it will guarantee seats on its standard bus fares up to Mint Business Class starting July 20. However, travelers who have booked Blue Basic, the airline’s cheapest option, are not allowed to use the baggage hold United Airlines Introduced when it started selling basic economy tickets in 2017.

If JetBlue fails to deliver on its promise, travelers are given a $ 25 loan. That’s a relatively easy task during the pandemic, when few people are traveling, but finding luggage space has been a “major pain point” for travelers when boarding, the airline said.

Airline executives have stated that these simple options are designed to compete better with discounters Spirit Airlines and Frontier, who derive much of their revenue from bag and seat selection additional fees. However, they also said they want a lot of travelers Avoid these most restrictive tariffs and Pay more for the standard economy.

“Right now, our Blue and Blue Basic offerings are very similar,” said JetBlue President and COO Joanna Geraghty in a message to employees. “We need to better differentiate the two by making blue the gold standard and strategically focusing on lowering the price of Blue Basic.” 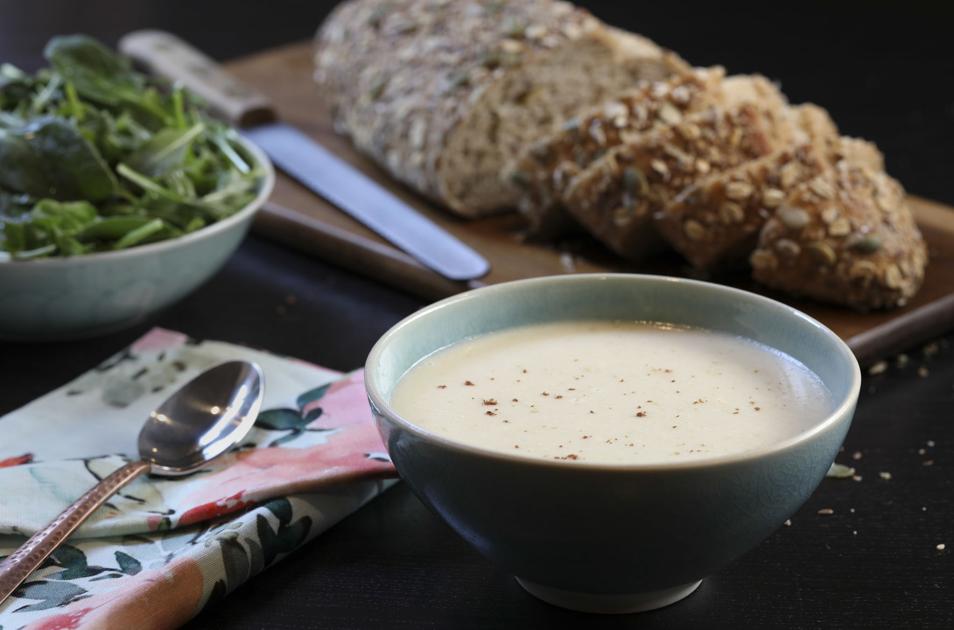 I should be clear about a New Years resolution in which I vowed to keep my cultural references up to date. I have failed. Miserably.

That brings us to the irrepressible Irving Berlin. “There’s a rainbow in the sky just around the corner, so let’s have another cup of coffee and another piece of cake.” Golly, this man had plucked.

Today we are going to deal with Resolutions, Part 2: Where We Dwell on Frugality.

We will do more and waste less. We will use this courage. With a song in our heart and a sandwich in our pocket, we aim for a more youthful footprint as we roam this vast earth, and maybe make it a better place.

WHY DO YOU NEED TO LEARN THIS?

Yorbus crispy, have you already forgotten 2020? The fires? The murder hornets? The plague? I think our planet, which has been here so far, gives us a clue. I think it’s time to slow down our headfirst plunge into the abyss. Save more. Useless.

THE STEPS YOU MAKE

Nobody else produces waste because every by-product of any species but our own becomes food for some other species. In the Himalayas, water buffalo dung feeds the grass of the Terai Duar savannah. These grasses feed the black male antelope, the carcass of which later feeds the noble white-backed vulture, which ends up in the belly of bacteria that turn them into dust. The same applies to the maple and the mulberry bush, the bogers of the bison and the tush of the tapir. Everything becomes food for someone else.

Humans, on the other hand, produce waste. We throw away real food, pile it up in plastic and throw it at full strength on landfills where it has been resting undisturbed for thousands of years. Waste.

Here’s an idea: let’s reduce that waste. Let’s leave the planet the way we should leave our kitchen: cleaner than we found it.

One way to reduce waste is to use up all the things that languish on our Frigidaire’s death row. You know them: little leftovers that you can’t believe nobody’s finished. Half the bowl of peas, the container of converted rice, or the boneless pork roast. Like having one more bite of pork would kill you?

Here’s what you do: Think of dishes with small amounts of different ingredients.

Fried rice. Soup. Fried noodles. If you don’t know where to start, use any recipe as a guide: pay attention to the method, but swap out the printed ingredients for the leftovers in your refrigerator.

For example, if this fried rice recipe calls for a head of broccoli and sushi rice, just use those leftover peas along with the converted rice (or basmati rice or quinoa if you have that). Don’t worry about exact amounts. Remember: recipes are written by people whose tastes are undoubtedly different from yours. Quantities don’t have to be exact and similar ingredients – like vegetables or meat – can often be substituted for one another.

You can apply the same principles to pasta. Or pizza. Or soup.

Think of a bowl of soup. Handful of random vegetables floating in an aromatic broth. Imagine making your own vegetable soup, or pork and veggies, or chicken and veggies. Start with canned broth, then add whatever is lurking in the refrigerator. If there aren’t enough, toss a can of beans out of the closet.

Speaking of soup, here’s another general principle for “use up the stuff in your fridge”: consider using things that you might otherwise throw away.

I’ve been doing a lot of roasted broccoli lately. (Throw a pound or two of broccoli florets with some olive oil, dust it with salt, chopped or powdered garlic, and some hot pepper flakes, and toss in a single layer in a 425-degree oven for 20 minutes.) It’s a delicious side, used but only the florets, not the stems.

Enter the broccoli soup: sweat the chopped stalks in a little butter with a little onion and celery, then add flour to make a roux. Pour in broth (1 to 2 liters per pound of stalk), simmer, puree, add cream, season and blammo: soup. You can also add cheese in case the cream alone doesn’t justify your addiction to Lipitor.

You can do the same with cauliflower (see recipe), although the ratio of stems to florets is slightly lower than with broccoli. Still, serve cauliflower twice a week and you have probably enough stems to make a nice little cauliflower cholesterol soup.

Every time you cook, ask yourself if something you throw away can’t be used for something else. Like the liquid you used to poach your sausages with. (Use it as a base for sauces or just reduce it, season it and drink it hot like an animal.)

If you are making shrimp, keep the shells in the freezer and later use them to make shrimp broth for sponge cake or gumbo.

Or, if you bought a chicken instead of frying it whole, remove the meat from the bones beforehand and use the carcass as a broth. Or kick it old school and grind the skin and do gribeens (crackles with fried onions). Or just remove the skin entirely and make an umbrella for your rhesus monkey. It’s cheaper than the custom made monkey raincoats you bought at Not Just Chimp Pants.

Here’s a personal favorite: you know the brown pieces that stick to the bottom of the pan after your roast or roast? Lots of people use them for instant pan sauces, but here’s what I do (and if that revelation greatly reduces the number of people accepting my dinner invitations, that’s more mackerel casserole for me): I scratched it into a glass and save for later. If the brown pieces are really sticking to the pan, I’ll deglaze them first: cranking up the heat under the pan and dipping it into a water-based liquid like broth, wine, beer, or even water. Bring it to a boil while scraping the brown pieces and reduce the liquid to a sad looking syrup. Done.

Deglazed or not, keep it all in a jar, like Eleanor Rigby’s face. Just don’t keep it by the door. Keep it in the refrigerator. The delicious gelatinous goosebumps settle on the bottom and are protected from spoilage by the threatening layer of solidified fat that lies over the top – like the French dish confit, in which meat is cooked and dipped in its own fat.

You can use the fat for frying or just throw it away. Then use this lovely gelatinous goosebumps like a concentrated sauce base: heat it until it melts, then remove any bits that are left from its original and literal incarnation.

Try it. If it’s too strong (a definite possibility, especially if the dish it originally came from was heavily seasoned or seasoned) add some broth to calm it down, then thicken it with a cornstarch slurry and enrich it Top it off with some whole butter and blammo: an instant, delicious sauce.

Everyone got it? Next month we’re going to discuss what to do with grain dust.

You can make this soup with just the stems or the whole head, including the leaves. Don’t worry about exact measurements. For my buck, the two most important things are seasoning and consistency, both of which you control after pureeing. Reduce prep and cooking time by cutting cauliflower into small, gritty pieces in a food processor along with onions and celery.

2 liters of chicken broth and more as needed

1/.2 Cup of heavy cream, heated on the stove or in the microwave almost to a boil

1. Melt butter in a large saucepan with a thick bottom over medium heat. Add onions, celery and cauliflower; Cook, stirring, for 3 to 5 minutes until the onions are translucent.

2. Stir in the flour to form a roux. Cook for another 3 to 4 minutes, stirring to get rid of the floury taste.

3. Increase the heat and stir in the chicken stock. Bring to a boil, stir and scrape the bottom. Then reduce the heat and simmer for 10 to 15 minutes until the vegetables are tender. Keep stirring and scraping the bottom every few minutes to avoid sticking and burning.

4. Remove from stove; Puree carefully in batches in a blender. Return the soup to a clean saucepan. Set on medium to high heat to warm up.

5. Stir in cheese until incorporated. Stir in hot cream.