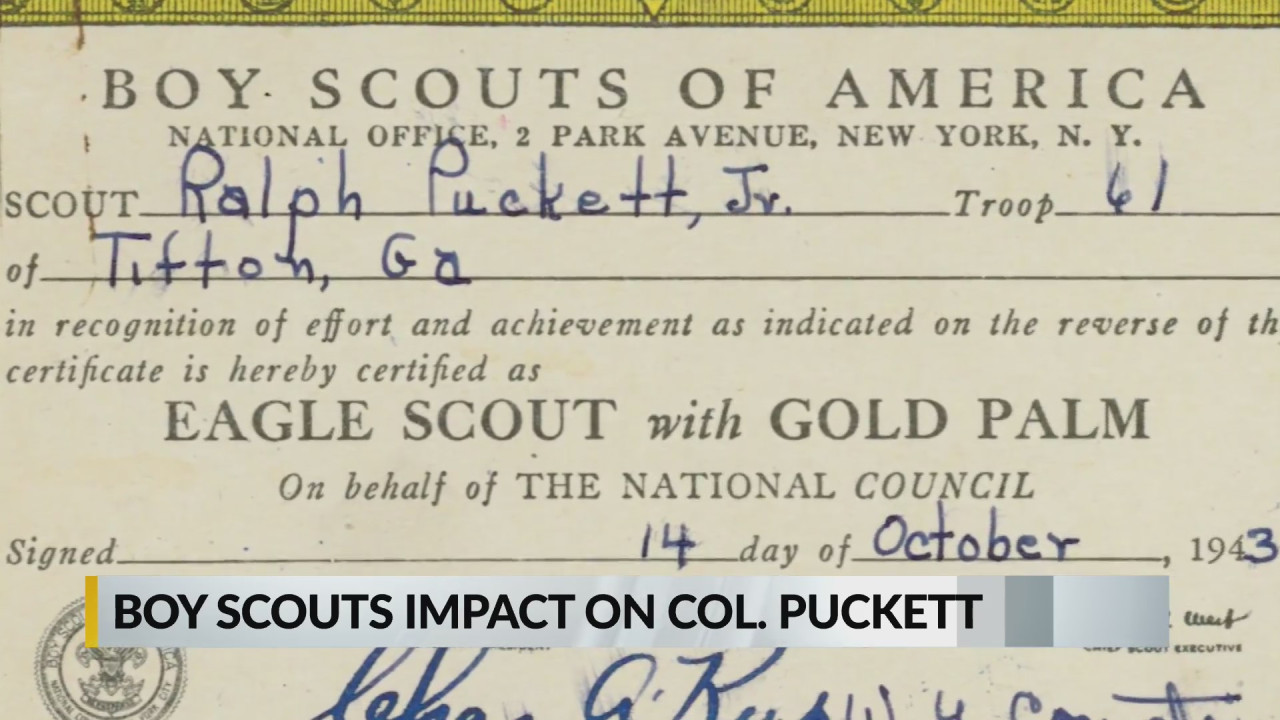 COLUMBUS, Ga. (WRBL) – Colonel Ralph Puckett has been a respected military leader for more than five decades. But his first opportunity to lead actually came during his years as a Boy Scout, and that experience served well his entire life.

“Of all the things about scouting that influenced me, the Boy Scout Oath did the most,” said Col. Puckett. “Repeating the Boy Scout Oath was probably the first time that I realized that I had a duty to contribute to my country and to give something back to this great country where we are privileged and happy to give back.”

Col. Ralph Puckett made these remarks in 2013 when he received a Distinguished Citizen Award from the Boys Scouts of America’s Chattahoochee Council.

On Friday he received the nation’s highest military award from President Joe Biden. Puckett was awarded the Medal of Honor in 1950 for his actions in Korea. The foundation of his bravery and service was laid as a Boy Scout in his hometown of Tifton, Georgia in the 1940s.

“Besides my parents, scouting was the most influential activity for me when I was a young man,” said Puckett in this speech. “That influence has influenced me all my life. Only my father, as a ranger in the US Army, had a greater impact on me than the Boy Scouts. “

Col. Puckett recalls watching the Boy Scouts in action as a teenager to help the people across the street.

“The uniform caught my attention,” he said. “I wanted to be a boy scout. When could I be old enough to be a Boy Scout? That day was more important to me than a driver’s license when I came of age. “

That day finally came and opened the door to a young Ralph Puckett to test his leadership skills.

“I became a patrol leader and later became the chief patrol leader,” he said. “With one push from my mother, I earned the Eagle Scout rank with Goldpalme.”

When Col. Puckett received the Boys Scouts Distinguished Citizen Award, he clearly preferred to pay tribute to others. It began with a quote from General Dwight D. Eisenhower.

“He said humility must always be that part of everyone whose recognition has been earned through the blood of their soldiers and the sacrifices of their friends,” said Puckett. “You deserve the recognition. They carried me on their shoulders. “ 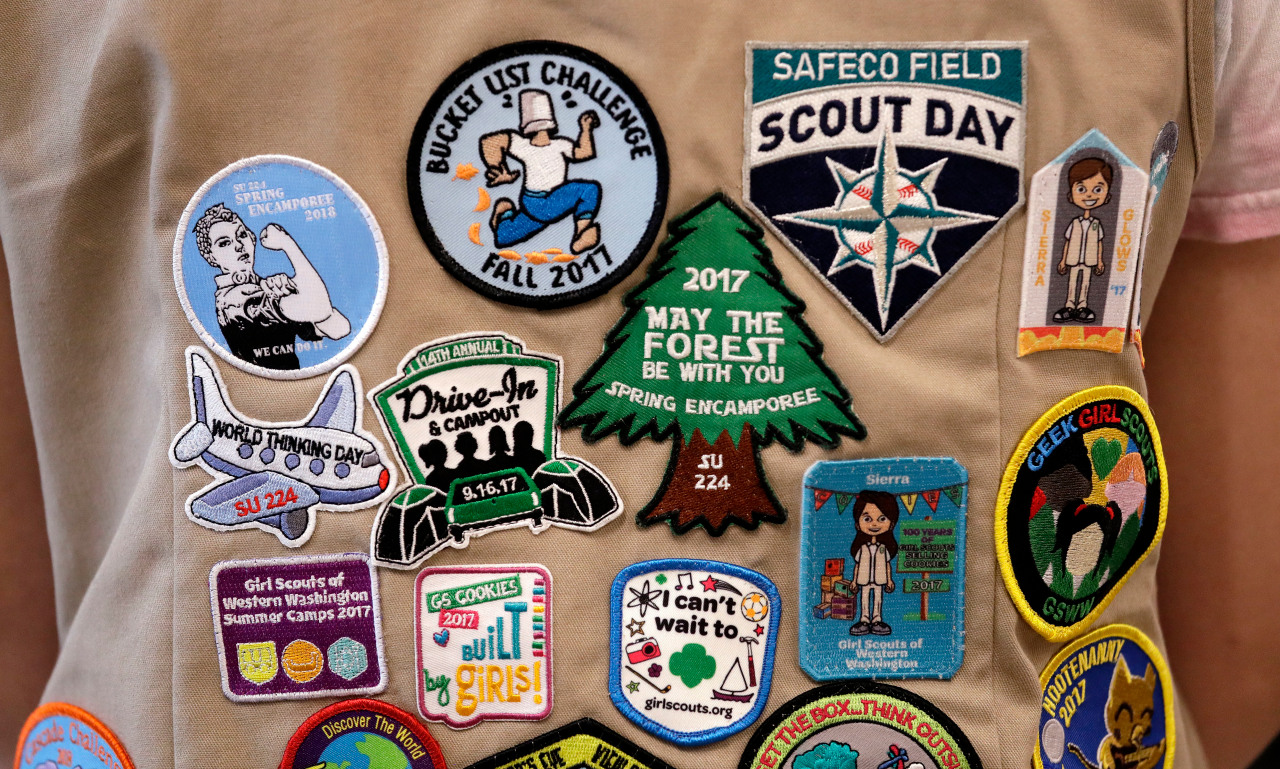 PATASKALA, Ohio – An investigation by the Ohio Attorney General Dave Yost has led to indictments against a Girl Scout troop leader for allegedly stealing an estimated $ 12,500 from cookie sales and event fees.

Jill Gauthier, 49, was recently charged with theft, a fourth-degree crime, by a Licking County grand jury.

“She was literally hand caught in the cookie jar – an adult-sized jar that was supposed to carry adult-sized break in a place with lockable doors and barred windows,” Yost said. “How many boxes of thin mints does your troop have to sell to make up for their betrayal?”

An investigation by Yost’s Charitable Law Department and the Pataskala Police Department found that Gauthier had deposited cookie money and event fees collected by the troop members’ parents into personal bank accounts for about five years.

The parents were concerned about Gauthier’s use of the funds and alerted the authorities. Gauthier, the only person who had access to the funds, allegedly used the money on personal purchases.

Investigators submitted their findings to the Licking County Attorney’s Office, who presented the case to a grand jury. Gauthier is expected back in court on May 5th.