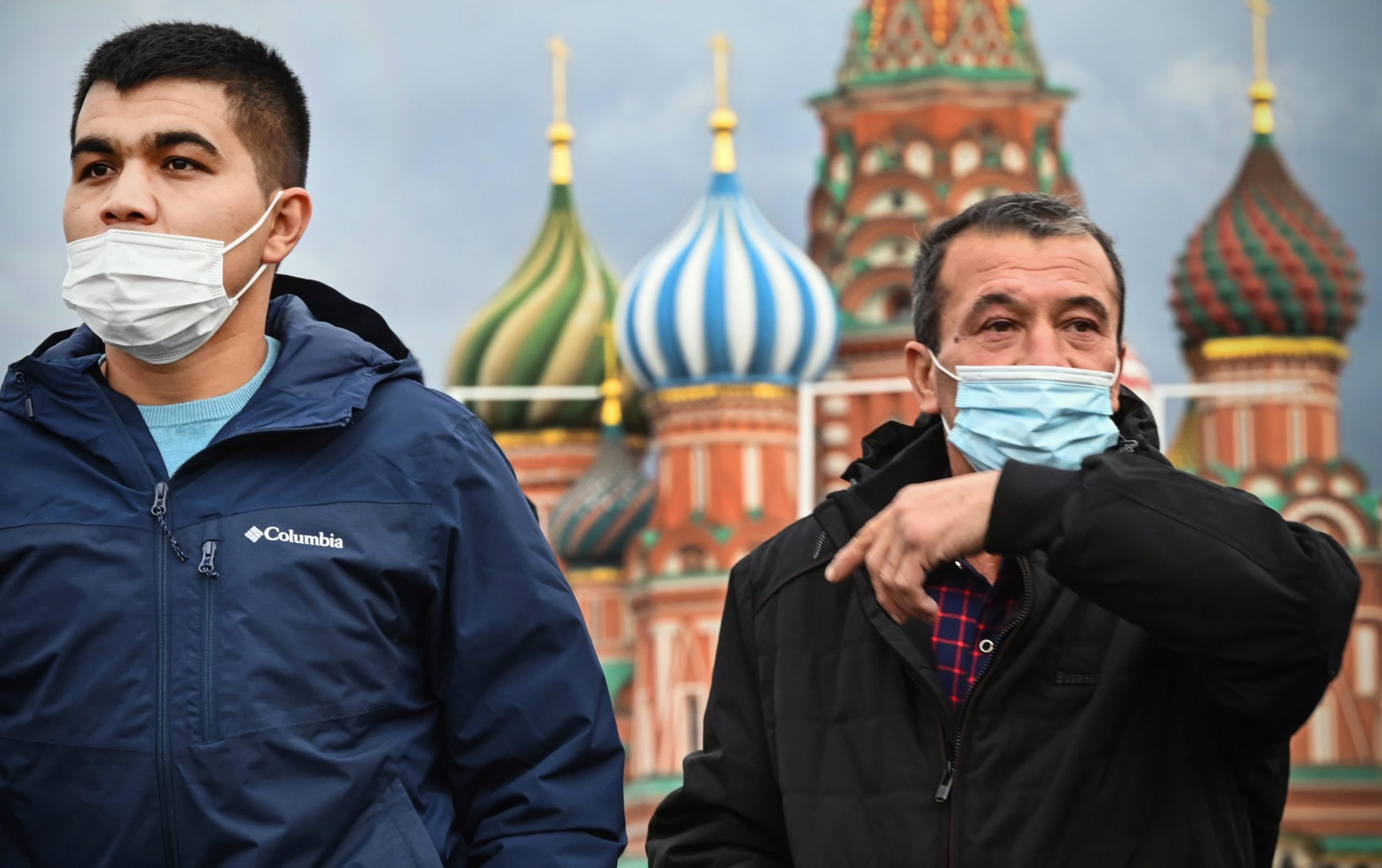 Tourists walk along Red Square in front of St. Basil’s Cathedral in Moscow on November 6, 2020.

With Russia’s coronavirus shot Sputnik V sluggishly received among its own citizens, Russia is considering launching travel packages for Covid vaccinations for tourists.

Russian state news agency Tass quoted one of the country’s tourism industry leaders as saying the “vaccination tours” were ready, but visas and entry requirements for foreign visitors were holding them back.

“The product is ready, but the issues of visa support and legal entry for foreigners who want to get the Russian vaccine have yet to be resolved,” Andrei Ignatyev, president of the Russian Union of Travel Industry (RUTI), told Tass.

The price for a three-week vaccination tour for foreigners will be anywhere from $ 1,500 to $ 2,500, excluding the airline’s expense, Ignatyev added.

Russia wants to revive its tourism industry as it seeks an exit the Covid pandemic. Like other countries in the area, Russia introduced entry restrictions for almost all foreigners (with the exception of some workers) last March, which brought tourism to a standstill. Since then, entry restrictions have been relaxed if visitors present negative Covid tests before traveling.

Immunization tourism could prove popular for people in countries struggling to get their own immunization programs off the ground. The Times of India reported last month that a travel agency based in Delhi offered a 24-day package tour to Russia that included two sputnik-V vaccines and a 21-day interval to allow sightseeing between vaccinations.

Russia was the first country in the world to approve a coronavirus vaccine – its own Sputnik V – last August, but despite its rapid approval and rollout, domestic uptake of vaccination has been sluggish.

According to data compiled by Our World In Data, only 9% of the adult population are fully vaccinated so far, placing Russia behind Brazil, India, Turkey and Mexico in terms of vaccination progress.

In Europe, more than 23% of adults are now fully vaccinated, according to Our World In Data. Russia will therefore look for potential vaccination tourists in the distance, said Ignatiev.

“The countries of Africa and Latin America have shown great interest in such a tourist product throughout the vaccination campaign in Russia, and RUTI has received such inquiries,” he added, according to Tass.

End of May, Putin announced that Russia would not make Covid vaccines mandatory for its citizenssays people should see the need for vaccination for themselves. He also stressed that the vaccine was safe; According to peer-reviewed results from its late-stage clinical study, Sputnik V was found to be 91.6% effective in preventing the development of Covid-19 published in the medical journal The Lancet in February.

“I would like to emphasize again and appeal to all of our citizens: think carefully, remember that the Russian vaccine – practice has already shown that millions (of people) have used it – is currently the most reliable and safest. ” “Said Putin. “In our country, all the conditions for a vaccination are in place.”

A survey by The Russian polling center Levada, published in March, found that 62% of people did not want to receive the vaccine, with the greatest reluctance among 18- to 24-year-olds. 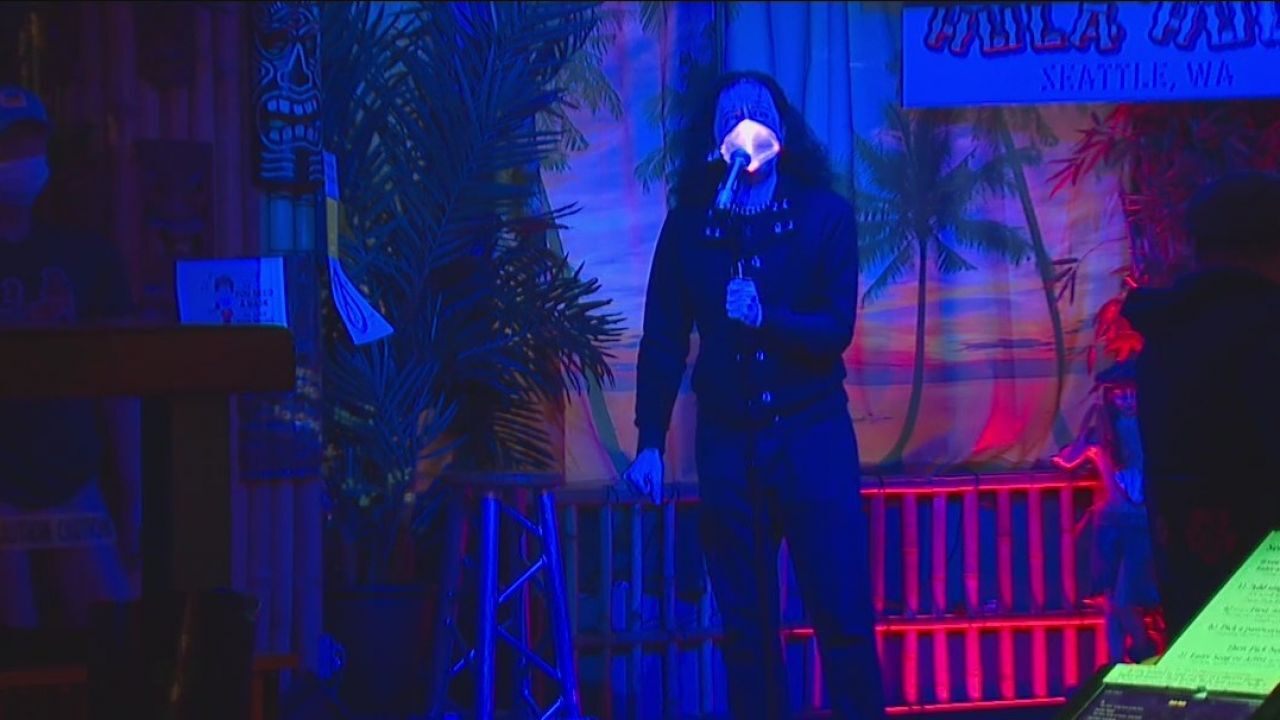 A Seattle nightclub is happy to welcome more guests to the venue after Governor Inslee eased state restrictions. Franque Thompson reports from the 13th quarter.

SEATTLE – – As of Monday, March 22nd, the entire state will apply goes to phase 3 of Washington’s Pandemic Recovery Roadmap. In phase three, indoor businesses such as restaurants, shops, gyms and cinemas can once again welcome customers with a capacity of up to 50 percent.

There are certain restrictions on places like night clubs and music venues. A lot of space is required between live performers and viewers. Hula hula, In a karaoke and tiki bar on Capitol Hill in Seattle, singers have to wear their masks on stage.

Still, the return of venues is a cornerstone for many clubs and bars that were silenced during the pandemic.

CONNECTED: All Washington counties are advancing to Phase 3; Seafarers can greet fans on the opening day

“It’s going to be positive for the business. I mean, last year it was really difficult to survive a full year where we were probably open for six months of a full year. It’s difficult for any business, and a lot of companies have not done it. ” We’re grateful we did, “said Joe Zara, general manager of Hula Hula.

CONNECTED: Washington state youth and college sports are welcoming more spectators back to the stands

For sports viewers and Mariners fans alike, it is known that phase 3 means that more people are allowed to return to the stands just in time for the opening day on April 1st. And it’s not just the Mariners – this part of the recovery plan means professional and college sports are playing in outdoor venues, fans can be welcomed back at 25 percent capacity.

From March 18, the state increased the number of people it can stand for in the stands secondary school and youth sports. The Mariners said they had permission to host up to 9,000 fans per game, and Mariners chairman John Stanton said in a statement that the team “is thrilled to have fans back on T-Mobile for the first time since 2019 Park welcome. “”

Governor Inslee said states will be assessed every three weeks after transitioning to Phase 3, with the first assessment being on April 12.

If a county fails one or more of the following metrics, it is moved down one stage. When the ICU nationwide capacity reaches more than 90 percent, all counties will return to Phase 1.