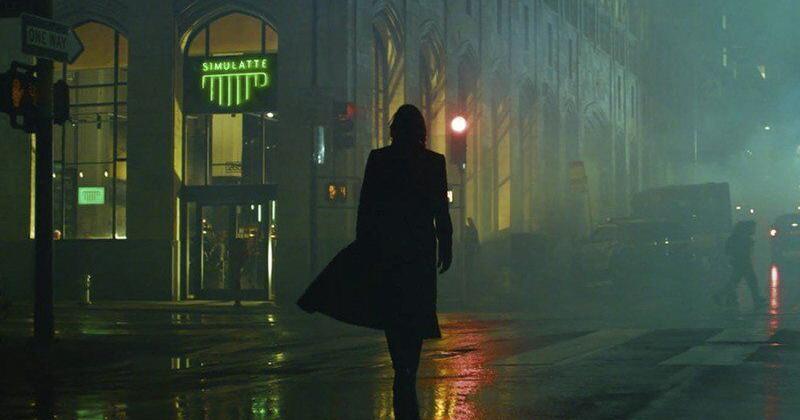 Coincidental or deliberate, modern blockbusters never really seem to end. They can end for years sometimes, of course, but there’s always that man-made underpinning of the end, the feeling that “To be continue” is faintly watermarked somewhere on the screen, waiting for the right time.

That wasn’t the case with The Matrix trilogy when it hit the market in the late 1990s and early 2000s.

Filmmakers Lana and Lilly Wachowski envisioned a clear beginning, middle, and ending for their sci-fi cyberpunk saga, and they got it, changing the blockbuster action scene in the process. Like many revivals of popular action franchises in the years to come, “The Matrix” felt like an untouchable oeuvre for a long time, at least.

Then Lana Wachowski revealed that she had come up with another story on the series, one that would bring stars Keanu Reeves and Carrie-Anne Moss back into the franchise and kind of tell the story of how their characters were revived. The film, titled “The Matrix Resurrections,” could have been a number of things, from a gentle restart to a straightforward continuation of the story to a full payoff for the nostalgia the original film still conjures up.

What we got instead of all of these things is a quirky, intriguing mix of the three, in which Wachowski reckons with her own cinematic legacy, unwrapping years of blockbuster trademarks, and setting a new tone for the franchise that is both surprising and inviting .

“Resurrections” takes Thomas Anderson (Reeves) in a seemingly completely different life than the one he led in the original trilogy. He is a game designer and a very successful one who has built his career on a trilogy of games that seems almost literally drawn from the original “Matrix” film trilogy, as if he had taken his memories of those days and woven them into fiction . Just Thomas doesn’t remember the old days when he was a master hacker and a messianic figure named Neo, or when he does, the memories are deeply repressed things that he can write off as hallucinations. On the cusp of a restart of his game trilogy, however, Thomas begins to ask new questions, questions supported by the woman he sees every day at the local cafe who looks exactly like the heroine of the game, Trinity (Moss). , some hesitant responses from his therapist (Neil Patrick Harris) and a woman who calls herself Bugs (Jessica Henwick) who seems to think of him as a legend in disguise. But did it all really happen or is Thomas just going nuts again?

Saying more about the plot would destroy the intricate structure of Wachowski’s script, which this time was co-written with David Mitchell and Aleksandar Hemon, but believe me when I tell you that whatever goes on is worthy of being wise and feels good to look at. It’s a story full of recalls to the original trilogy, echoes of it, the sense of history not exactly repeating itself, but at least rhyming. All of this results in a very well structured first act, but it also turns out to be a smoke screen for what is really going on. As the film runs at full speed, it becomes clear that Wachowski is less interested in rhyming with the past than in growing beyond it, and this is where “Resurrections” comes into its own as an impressive work.

Although the visuals of the film are a bit missing in some places and until a few key moments towards the end the wow factor of the original trilogy is never quite filled, what really works about “The Matrix Resurrections” is that everyone involved is dedicated to storytelling really new story, not just a reworking of the old one. The characters are familiar, of course, but Moss, Reeves, Henwick and Henwick’s newcomer Yahya Abdul-Mateen II aren’t just here to repeat what came before. There’s a sense of daring that runs through the entire film, from the performances to the story structure, a sense that anyone who gets involved can get away with something. It’s mischievous, funny, exciting and emotionally gripping at the same time and sets it apart from almost any other blockbuster in its class. “The Matrix Resurrections” is a sequel that only shows up every now and then, a movie like “Star Wars: The Last Jedi” in terms of its boldness and pure spirit. Not everyone will like it, but the sheer boldness is enough to make a must-see movie.