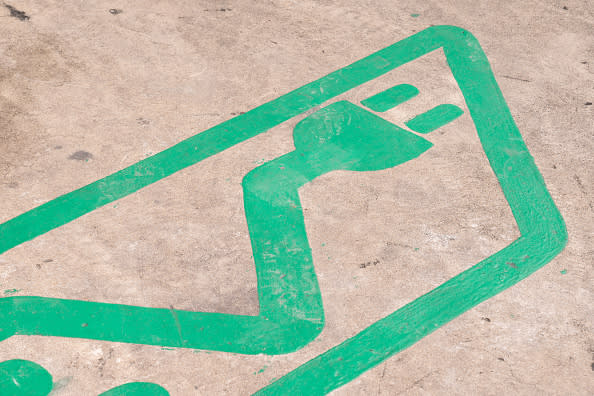 Many people expect electric vehicles to become a fixture in a future world that relies on renewable energies. But not many EV companies started out as renewable energy companies.

One company trying to accomplish this feat is Energy Absolute, based in Bangkok. The biodiesel maker and renewable energy company entered the commercial electric vehicle business in 2019.

In March of this year, Thailand set a goal of having one million electric vehicles on its roads by 2025 – and hopes that number will climb to 15 million a decade later. This includes not only private cars, but also commercial vehicles – delivery vans, trucks, buses and the like.

A former securities dealer, Somphote Ahunai, founded Energy Absolute in 2006. He listed the company in Thailand in 2013 and began expanding into energy storage in 2016 when the company acquired shares in Taiwanese company Amita Technologies, a manufacturer of energy storage systems. It is now in the final stages of building a $ 3 billion battery gigafactory project to manufacture lithium-ion batteries.

Ahunai told CNBC’s “Managing Asia” that the government’s efforts to encourage the adoption of electric vehicles in Thailand helped him get the project started, and now he says he is urging the government to “open up the market and get one.” to create favorable policies for the electric vehicle market “.

However, the pandemic has affected the company’s push toward electric vehicles. An order for 3,500 five-seat hatchbacks was canceled by a local taxi company as tourism dried up. Ahunai made a quick pan to focus on utility vehicles and battery storage instead.

Ahunai plans to install 1,000 charging stations across the country in the next few years.

A charging sign is located at an Energy Absolute Anywhere charging station in Bangkok, Thailand, 2019.

“We have introduced nearly 500 charging stations across the country, mainly in Bangkok and the surrounding area,” said Ahunai, adding that the company holds nearly 80% of the market share of charging stations in Thailand.

“If we back up successfully [the commercial electric vehicle] Segment … then we create economies of scale so that we can move into the other segments, “said Ahunai.

Japanese, American, and German automakers have all made vehicles in Thailand, but despite the country’s auto-building expertise, it does not have its own internationally recognized vehicle brand. Ahunai said he believed electric cars could change that. He wants Energy Absolute to be at the center of that effort.

“We believe that by using [our] Technology and Thailand [auto-making] Infrastructure, we can use that as a stepping stone to the world market, “said Ahunai.” At least we can penetrate the ASEAN market with almost 600 million inhabitants. So that’s a good market for us at the beginning. “

At the moment, most of the company’s revenue comes from renewables like wind and solar, but Ahunai said his foray into commercial electric vehicles will be an important source of income for the future.

“If you look at what we are investing [in] Now, “he said,” it will completely change the company’s revenue structure in a few years. “ 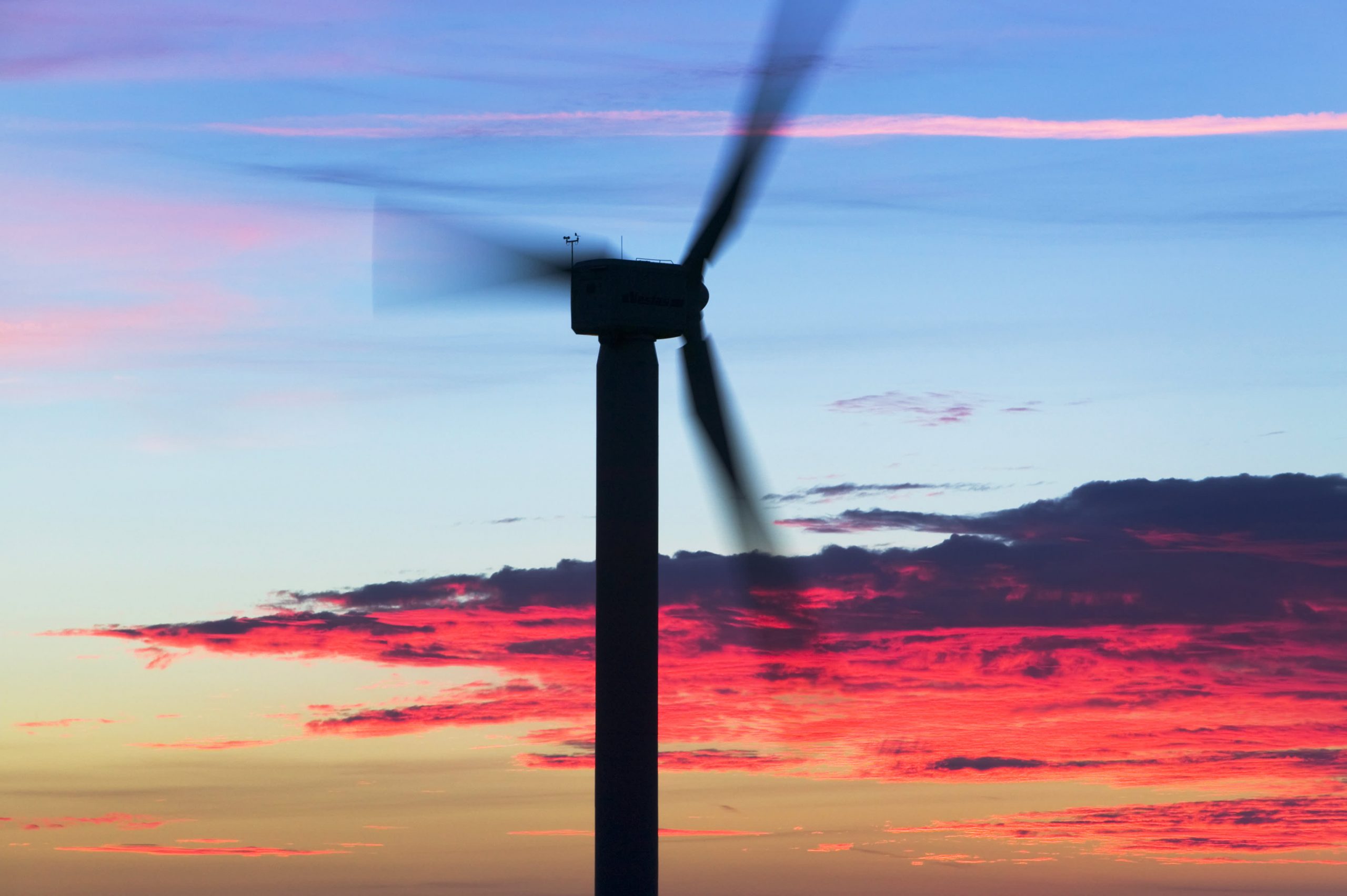 This year’s G-7 Summit takes place in the county of Cornwall, a part of south west England known for its stunning coastline, historic fishing villages and natural beauty.

Not only is Cornwall a popular tourist destination – the county’s beaches are full of vacationers in the summer – it is also becoming a hub for companies working on renewable energy and innovation projects.

A number of these developments have made significant strides this week. On Wednesday, UK Prime Minister Boris Johnson installed the first solar panels in what has been dubbed the UK’s “first utility-scale energy farm”.

According to energy company ScottishPower, a subsidiary of Spain’s Spain Iberdrola, 10,000 panels will be installed at the site. The 10-megawatt solar park will complement a 20-MW wind park that is already in operation and a 1-MW battery storage system.

ScottishPower said the energy farm at Carland Cross – which is just a short drive from Carbis Bay, a small coastal town believed to be the epicenter of the G-7 talks – would be able to generate enough energy “to do that The equivalent of 15,000 households. “

While Johnson is keen to be seen as a renewable energy advocate and a priority for sustainability, the fact that he flew to Cornwall instead of using an alternative form of transportation has received harsh criticism from some quarters.

In a response to his critics, widely reported in the UK media, Johnson was quoted as saying, “If you attack my arrival by plane, I respectfully point out that Britain is indeed a leader in developing sustainable aviation fuel and one of the points in the 10-point plan for our green industrial revolution is to achieve ‘Jet Zero’. “

In addition to wind and solar projects, Cornwall is also home to a fledgling geothermal sector. A company called Geothermal Engineering Limited is working on a number of projects including a geothermal swimming pool in the town of Penzance.

The company is also developing the United Downs Deep Geothermal Power Project near the town of Redruth.

The United Downs project, which is focused on the construction of a geothermal power plant, has been developed over the years and focuses on two wells, 5,275 and 2,393 meters (17,306 and 7,851 feet) deep, respectively.

On Monday, a company called Cornish Lithium announced that it had successfully built a geothermal water test site in United Downs. The company’s goal is to test direct lithium extraction technologies in shallow and deep geothermal waters.

In a statement released with the announcement, Jeremy Wrathall, CEO of Cornish Lithium, said that his company’s testing ground in United Downs gave him “an opportunity to demonstrate what modern, low-carbon mineral extraction looks like”. The results, he added, would “feed into the development of a larger pilot plant”.

As electric car sales rise and the world’s hunger for technology grows, materials like lithium will be important in the years to come, a point Cornish Lithium highlights on its website.

“As vital components of electric vehicle batteries and energy storage,” it says, “the potential for metals such as lithium, tin and cobalt to be extracted in Cornwall could be a significant strategic advantage for the UK.”

While Cornwall is home to a number of land energy projects, the nearby waters also offer room for development.

For example, in April it was announced that a research project focused on the potential of tidal, wave and suspended wind technology had secured support from Marine-i, a program that focuses on innovation in areas such as ocean energy.

The project is based on the Isles of Scilly, an archipelago off the Cornish coast, and is led by Isles of Scilly Community Venture, Planet A Energy and Waves4Power.

According to Marine-i, co-funded by the European Regional Development Fund, the overall objective of the Isles of Scilly project is to “build a new database of data on wave and tidal resources”.

This data will contain information about a number of metrics, including wave height, wind speed, and tidal current speeds.