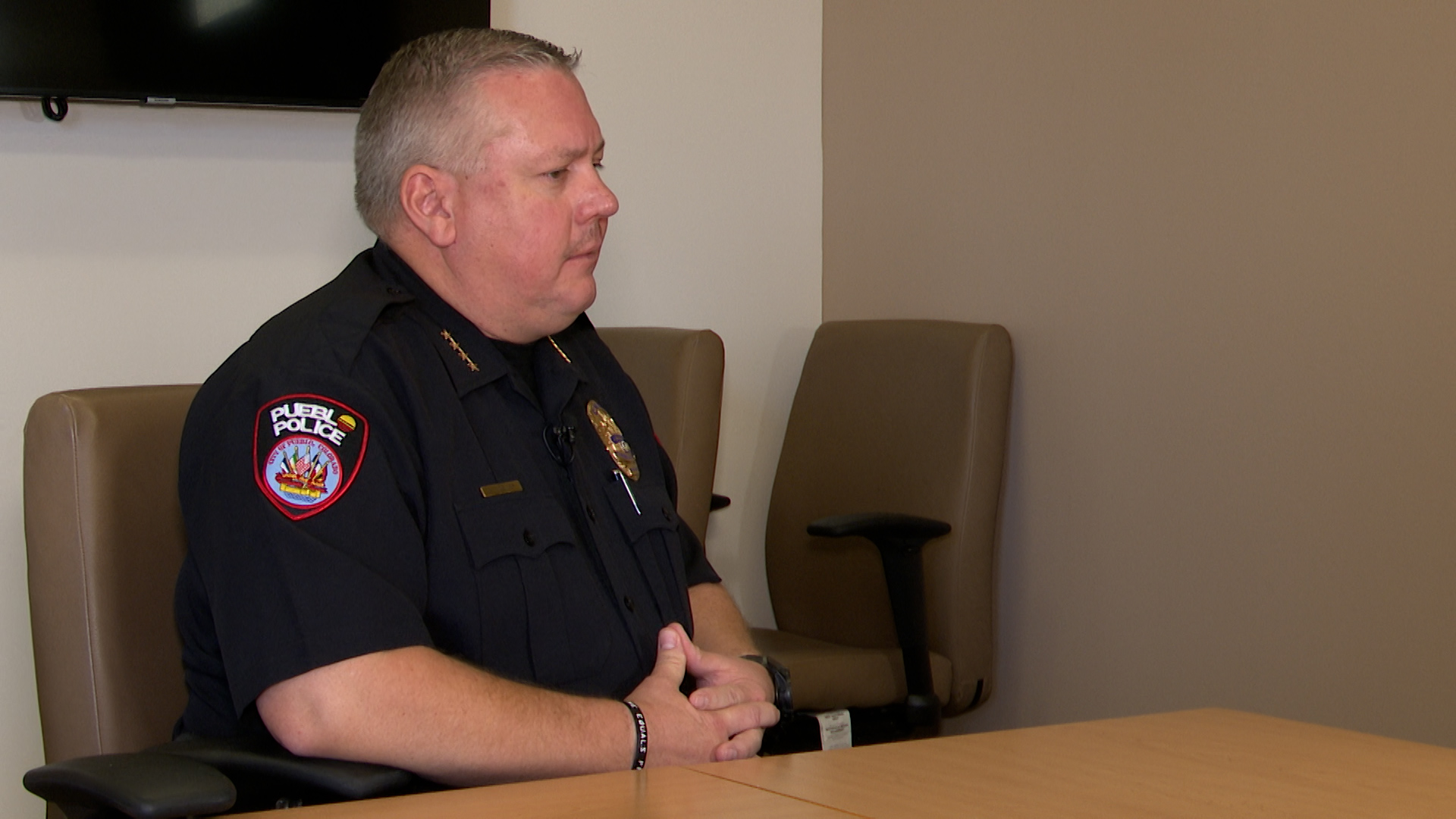 On Friday, KRDO sat down with Noeller to discuss his vision for the Pueblo Police Department and to raise concerns about his leadership style, which has been questioned by some within the department.

Noeller was with the Center of an internal investigation Earlier this year, 10 complaints were filed by Pueblo police officers, including allegations of discrimination, intimidation and bullying.

The report gave “numerous examples of difficulty working with Deputy Chief Noeller, having a temper that is not productive in the workplace, and treats different people differently from others and, in many cases, badly,” it said the summary. The report described Noeller’s leadership style as divisive.

KRDO: What is your vision for the further development of the department?

Chef Chris Noeller: There are a couple of things I want to focus on in my first year as a boss. The first is the mental health of our officers. In the past we haven’t really focused on psychological wellbeing with cops, but it has become a bigger issue. We will focus on bringing various resources into the department to increase the resilience of our officers.

KRDO: Is there anything that has been done in the Pueblo Police Department in the past that can be changed now that you are permanent police chief?

Noeller: As always, we are always looking for improvements. I think there are some ways that we can improve through recruiting and retention. During this time of law enforcement, it is very difficult to recruit officials and it is somewhat difficult to keep officials. We have an increased number of retirements. We have a side transfer program that we will implement at the end of August. Overall, I think it’s extremely important to have a positive relationship with the people in our community.

KRDO: In April there was a report from an outside agency that listed things like discrimination, intimidation and bullying as characteristics of your leadership style. What do you have to say to the officials who made these complaints?

Noeller: My goal is to work with every official in this organization, whether or not they have made a complaint about me. I want to have a positive interaction with them, but I can only control my half of that interaction. There is a level of accountability within a police organization that our community expects and that will not change. I am open to talking to anyone and want to have a positive relationship with every employee within the organization. I won’t always make everyone happy, but I want to have that positive relationship.

KRDO: You have 25 years of experience in the police force and during those years you have built relationships with other officers in the Pueblo Police Department. Do you think you can discipline officials when they make mistakes?

Noeller: I think I have a reputation for being fair. The standard is the standard. If you don’t meet the standard, there are consequences. I hold everyone to the same level of accountability.

KRDO: Do you feel that you have the full confidence of every employee within the department?

Noeller: As much as any leader ever does. I currently manage over 260 employees. I am sure that at all times some of them have positive attitudes towards me and some do not. My goal as a manager is to take responsibility for my role as a manager and to admit when I make mistakes. The goal is to learn from those mistakes and become a better leader.

KRDO: What do you think of when you hear the word leadership?

Noeller: Leadership is the right decision at the right time. It’s not about making everyone happy. It’s about doing the right thing and encouraging others to do the right thing. It’s about mentoring people so that they can become better leaders themselves. I have four values ​​that I believe in and they are: service, integrity, character and excellence. What I can do every morning when I wake up is look in the mirror and know that I’ve lived up to these four values ​​for most of my career. Nobody is perfect, but I want our officers and civilian personnel to live up to these four values.