STOCKHOLM – (BUSINESS WIRE) – The board of directors of G5 Entertainment AB (publ) (the “Company” or “G5 Entertainment”) has decided to initiate the repurchase of common shares through authorization by the company’s annual general meeting on June 15, 2020 To give the board of directors greater opportunities to adjust the company’s capital structure from time to time to the capital requirements and thus to be able to contribute to increasing shareholder value. In addition, the authorization is intended to enable the Management Board to transfer shares in connection with company acquisitions by paying in own shares or to use repurchased shares to implement the company’s long-term incentive program, which is less likely to be diluted in future.

Ordinary shares can be bought back one or more times until the end of the company’s next ordinary general meeting. However, the number of own shares may at no time exceed ten (10) percent of the total number of shares in the company. At the time of this press release, the Company already holds 172,200 Class C shares and 278,200 common shares and has a maximum of 460,200 common shares for repurchase. The buyback will take place at a price per share within the price range of Nasdaq Stockholm at a certain point in time, ie the interval between the current highest purchase price and the lowest sale price, which is published regularly by Nasdaq Stockholm. The shares are paid in cash.

As of the date of this press release, the Company holds 172,200 Class C shares and 278,200 common shares, representing 4.95 percent of the total number of shares in the Company.

This information is information that G5 Entertainment AB must publish in accordance with the EU Market Abuse Regulation. The information was submitted for publication on June 16, 2021 at 8:30 a.m. (CET) by the contact person mentioned above.

Via its main company G5 Entertainment AB (Publ), the G5 Entertainment Group is listed under the trading symbol G5EN.ST in the main market mid-cap segment of Nasdaq Stockholm. For six years in a row, G5 Entertainment was named one of Deloitte’s 50 Fastest Growing Technology Companies in Sweden. 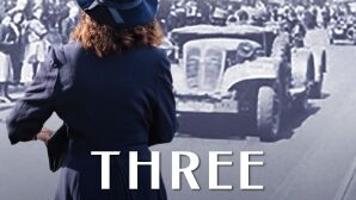 Among the deadliest fighters in Nazi-occupied Holland were three schoolgirls who had barely any braids.

But soon these cute young things – at the ages of 14, 16, and 19 when the Nazis invaded in 1940 – had formed a deadly gang that planted bombs and gunned down German soldiers and Dutch collaborators.

As fresh-faced teenagers, they were unlikely to be suspected of anti-fascist activities that enabled them to operate under the noses of the Nazis and, if necessary, flirt their way out of trouble. The amazing true story is told by St. Paul writer Tim Brady in “Three Ordinary Girls,” a report on the trio who were forced into roles as spies, saboteurs and assassins – heroes who traded their school books for weapons.

The Nazi occupation of countries across Europe revealed fault lines in these societies. Who would resist the brutal invaders? Who would work with them? And who would help the Jews, their fellow citizens, who are marked for ruthless extermination?

Brady’s subjects decided to fight. The Oversteegen sisters were raised by a single mother with passionate socialist and communist sympathies. Shaft was a law student whose parents tried to protect their only child from the world’s evil.

The young women joined the resistance in their hometown of Haarlem, a city on the outskirts of the metropolis of Amsterdam, and were soon distinguished by the courage with which they carried out their tasks. Over time, they became productive “liquidators” of the Nazi oppressors and the Dutch citizens who helped them.

The girls’ tactic in bike-dependent Holland was to shoot past on a bike that coolly trampled away after it shot down its target.

After seeing the atrocities the Nazis perpetrated on their friends and compatriots, the girls had no moral qualms about fighting back.

Brady paints a compelling picture of the fear, tragedy and paranoia of living in an enemy-occupied country. His book is a story of how extraordinary circumstances produce the unexpected strength of ordinary people.