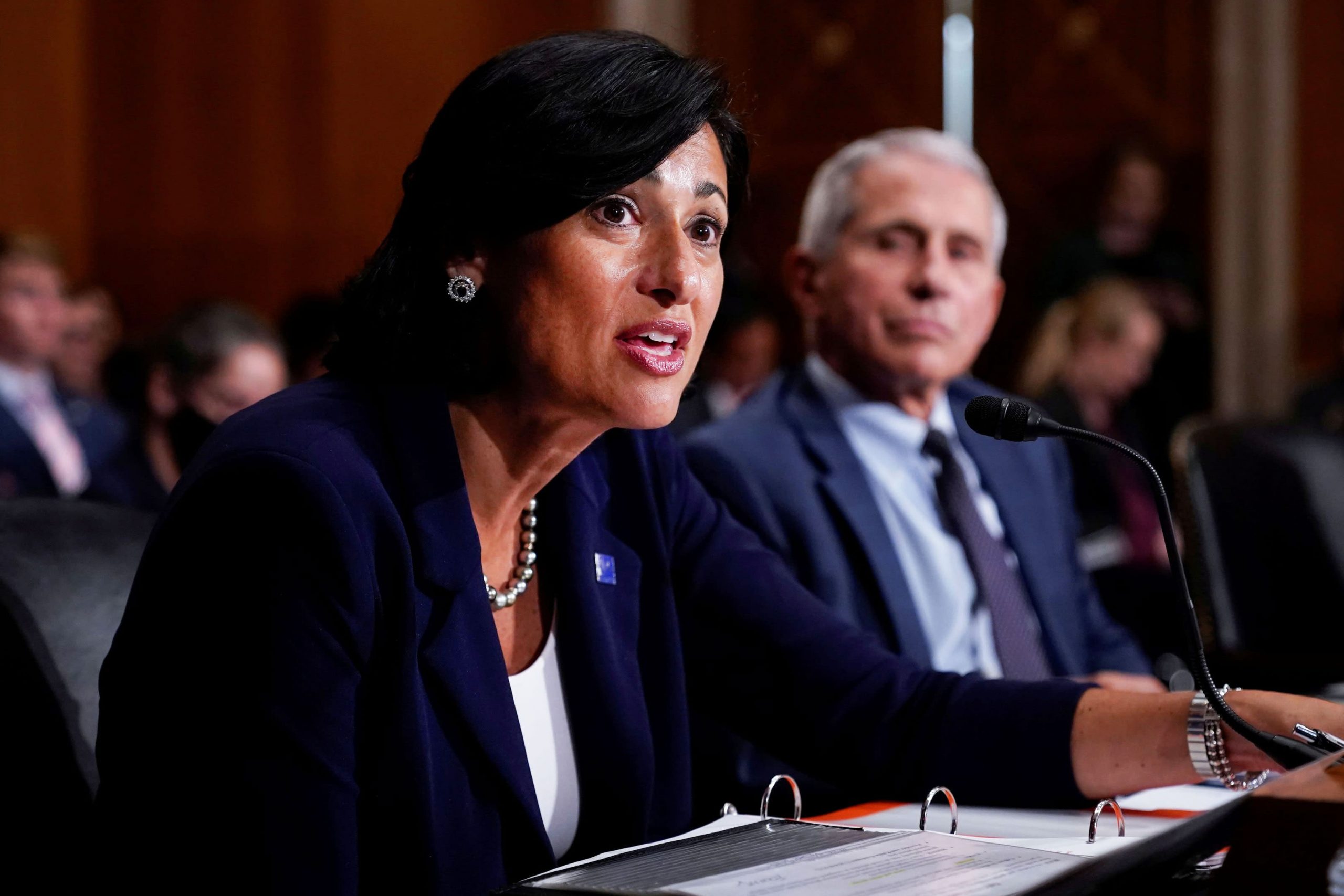 Dr. Rochelle Walensky, director of the Centers for Disease Control and Prevention, testifies before a Senate hearing on Health, Education, Labor and Pensions at the U.S. Capitol on May 11, 2021.

US health officials are watching an emerging Covid-19 sub-variant dubbed “Delta Plus,” which some scientists say is more contagious than the already highly transmissible Delta variant.

Formally known as AY.4.2, Delta plus contains two new mutations in the spike protein, A222V and Y145H, that allow the virus to enter the body. These mutations were found in other variants of Covid, so it is unclear how dramatic these changes will be on the virus.

Francois Balloux, director of the Genetics Institute at University College London, said it could be 10% -15% more contagious than Delta, which first appeared in India and, according to the Centers for Disease Control and Prevention, is spreading more easily than Ebola, SARS, MERS, and the 1918 Spanish flu.

According to CDC director Dr. Rochelle Walensky has an R-zero or reproduction rate of eight or nine, which means that every person who has Covid will pass it on to up to nine other people. The “wild type” or original strain of Covid had an estimated R-value of about three. Someone infected with the Delta variant carries 1,000 times the viral load of the original Covid strain.

India’s Ministry of Health reported in June that Delta plus was more transmissible than the Delta variant, adding that the subtype binds more tightly to lung cell receptors and could even reduce the effectiveness of monoclonal antibody treatments.

The mutation was discovered in the United States, but there has been no noticeable increase in Delta Plus cases nationwide, Walensky said at a Covid briefing at the White House on Wednesday.

“We are specifically monitoring sublines that could affect therapeutics such as monoclonal antibodies and vaccines,” said Walensky. “There is currently no evidence that subline AY.4.2 will affect the effectiveness of our current vaccines or therapeutics.”

The sub-variant AY.4.2 has been detected in at least five cases in the United States since August: in Washington, DC, California, North Carolina, Washington State and Massachusetts, see above Outbreak.info. The website collects data from GISAID, a global genome database on Covid and influenza cases.

Top health officials have been warning for weeks that stronger and potentially vaccine-resistant variants of Covid could develop as long as widespread outbreaks continue, fueled by billions of people around the world who remain unvaccinated. Dr. Anthony Fauci., White House Chief Medical Officer said in August that the US could be “in trouble” if another mutation crosses the delta, urging the unvaccinated to get their vaccinations in hopes of containing a surge that has crushed the nation’s health systems this summer.

Finally, Delta plus could also affect the age groups eligible to receive Covid booster doses, said Dr. Peter Marks, the Food and Drug Administration’s lead vaccine regulator, on Wednesday evening. The FDA and CDC have approved Covid boosters for a wide variety of US adults from all three manufacturers in the US: Modern, Johnson & Johnson and Pfizer.

“The exact age of this will be based on what we see of the emerging situation which is quite dynamic right now as we continue to see reports of new variants,” said Marks. “And we are also seeing changes in the epidemiology of Covid-19 in our country, with new hotspots emerging even as certain places become extinct.”

Concern about Delta Plus is high in the UK, where officials are grappling with a surge in cases and facing another health crisis. Delta Plus cases accounted for about 6% of all sequenced Covid cases in the week beginning September 27, according to the latest data from the country’s health authority. The subline is “becoming more common” in the UK, noted the agency and doctors from the National Health Service Confederation in London request a return to stricter Covid protocols in the winter.

But global health leaders urge the public not to panic. While the emergence of a Covid subtype does not equate to the development of an entirely new variant, tracking Delta’s progress could enable the medical community to better understand the mutation, says Dr. Sylvain Aldighieri, Covid-19 incident manager at the World Health Organization’s regional office for the Americas, said at a briefing on Oct. 6.

“When you look at these additional changes, it can help researchers track the variants on a fine scale,” Aldighieri said. “But they don’t imply any functional or biological difference.”

– Holly Ellyatt of CNBC in London contributed to this report. 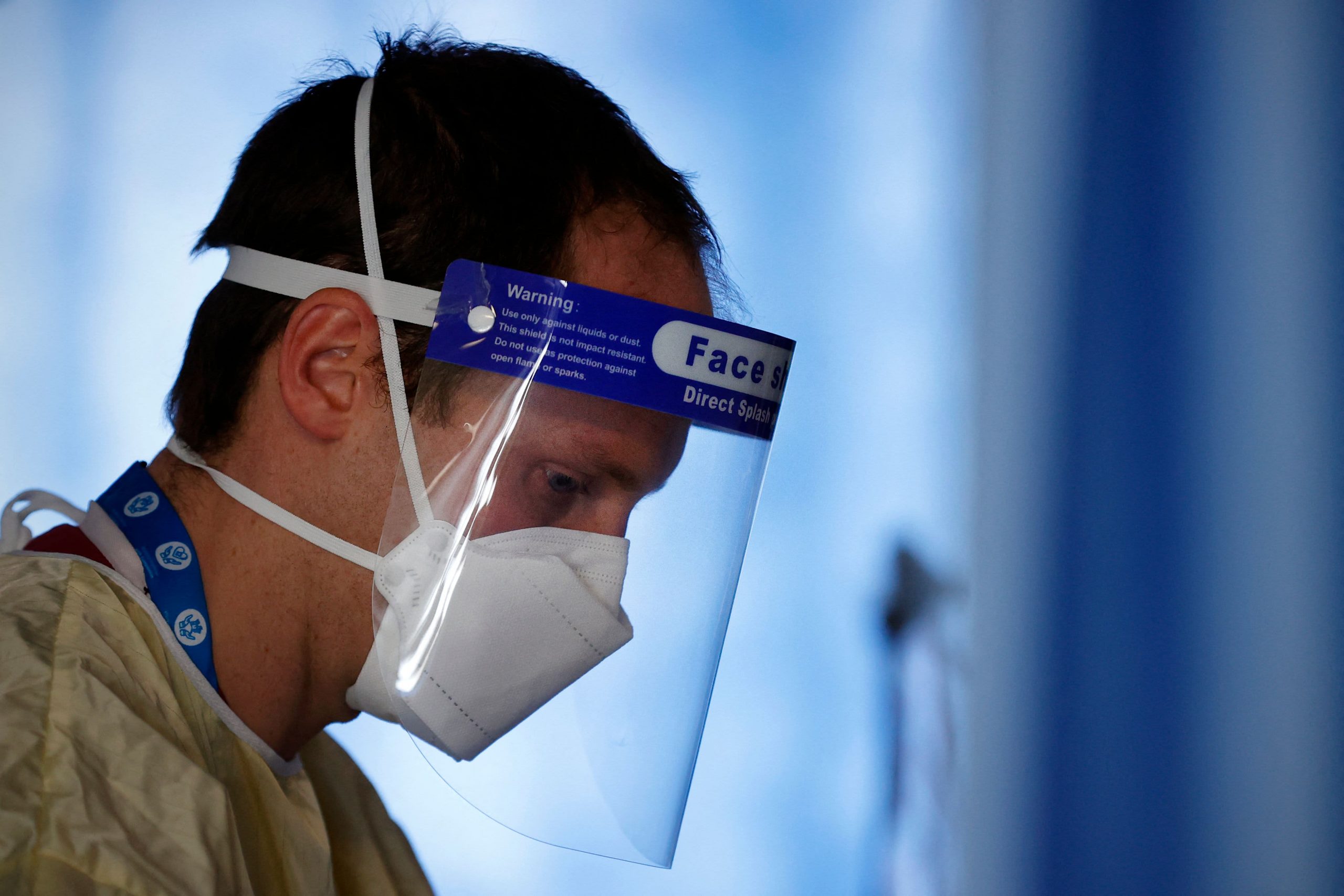 LONDON – British medical professionals have urged the UK government to reintroduce some Covid restrictions due to the increased infection rate and hospital admissions in the country.

Health officials warned late Tuesday that the UK is at risk of “falling into a winter crisis” if the government does theirs “Plan B,” a promise it made last month in which it said it would reintroduce Covid measures if data suggests the National Health Service “is likely to come under unsustainable pressure”.

Officials from the NHS Confederation, representing organizations across the UK health sector, called on the government to “Immediately introduce measures such as mandatory face-covering in crowded and enclosed spaces to preserve people’s health and prevent the NHS from overwhelming this winter.” . “

They warned the National Health Service “is seeing worrying increases in coronavirus cases in its hospitals and community at a time when it is preparing for a busy winter time, its employees are on the verge of burnout, and many of him are about to recover.” Services disrupted by the pandemic. “

The UK is currently seeing between 40,000 and 50,000 new Covid cases every day, and the number of hospitalizations and deaths is steadily increasing, albeit at a much slower pace than earlier in the pandemic thanks to Covid vaccines, which greatly reduce the risk of serious infection. Hospitalization and death.

On Tuesday, the UK reported 43,738 new Covid cases, down from Monday when 49,156 new cases were recorded, the highest daily number in three months.

Situation “only gets worse”

Covid restrictions in England were lifted on July 19 when pubs, restaurants and nightclubs reopened. Even outside of public transport, wearing masks has largely become a personal decision.

Prime Minister Boris Johnson’s government previously insisted that Covid restrictions and possible lockdowns would only return as a last resort and that the country “needs to learn to live with the virus”.

On Wednesday, UK Economy Secretary Kwasi Kwarteng reiterated this position, saying, “I absolutely think it would be completely wrong for us to go into lockdown again,” he told Times Radio.

He noted that hospital admissions and death rates were much lower than in previous pandemic climaxes, adding that “we are learning, I believe, to live with the virus”.

The NHS Confederation said Tuesday on the additional measures the UK might now adopt, “clear notifications to the public that the risk has increased, the introduction of certificates for people’s Covid vaccine status and the legal obligation to do so in certain environments To wear face covering. in addition to considering asking people to work from home when they can. “

Many of these measures, particularly with regard to the wearing of masks and Covid certification, “are already common in parts of Europe where the prevalence of the disease is lower,” the NHS association noted.

In his speech on Wednesday morning, Confederation chairman Matthew Taylor warned that the NHS, a popular institution in the UK and even more so during the pandemic, was “on the verge” of increasing the number of Covid patients being watched in hospitals.

“I speak to health officials every day, and I have literally not spoken to a leader who does not say that their ministry is now under a lot of pressure. This is the middle of October. Things are only getting worse, ”he told BBC radio.

“Health care is on the fringes … if you go much further, we won’t be able to provide the service that people need to be.”

A new mutation of the Delta variant, which British experts are closely monitoring, may make things more difficult.

Last Friday, the UK Health Security Agency released a report stating that “a delta subline newly designated AY.4.2 is expanding in England” and that it is monitoring the subtype.

The highly contagious Delta variant is the world’s dominant version of the coronavirus, having usurped the previous “alpha” variant of the virus, which was first discovered in the UK

This new descendant of the Delta Covid variant, AY.4.2, has been identified in a growing number of UK Covid cases, with some suggesting that this could be another possible factor in rising case numbers, although it is too early to be to say for sure.

“This subline is currently increasing in frequency. It includes the spike mutations A222V and Y145H. In the week beginning September 27, 2021 (the last week with full sequencing data), this subline accounted for approximately 6% of all generated sequences on an increasing trajectory That estimate may be inaccurate … Another assessment is ongoing, “noted the UK Health Authority.

Official spokesman for the Prime Minister told Sky News on Tuesday the “[AY.4.2] we are watching very closely “and there is currently no evidence that this variant is more easily spread. I do not hesitate to take action if necessary,” he said.

Former Commissioner of the U.S. Food and Drug Administration Scott Gottlieb also tweeted about the subtype over the weekend.

“The UK reported its largest one-day increase in Covid cases in 3 months, just as the new Delta variant AY.4 with the S: Y145H mutation in the spike reached 8% of the sequenced cases in the UK,” said Gottlieb. “We need urgent research to find out if this delta plus is more transmissible, has partial immune evasion?”

Imperial College London professor of immunology Danny Altmann told CNBC on Monday that the subtype “needs to be monitored and carefully controlled as much as possible.”

“Since Delta has been the dominant mutant in several regions for about six months and has not been displaced by other variants, there was hope that Delta might be represented [the] Maximum performance of the mutation that the virus can achieve. AY.4 could cast doubt on this claim, “he warned.

Why is the UK in this mess?

Experts say there are a myriad of reasons behind the UK’s high Covid numbers – from half-hearted mask adoption (even when masks are required, like on public transport, the rule is rarely enforced) to large indoor gatherings that spread the virus.

The UK’s reluctance to vaccinate younger adolescents, which other countries in Europe and the US did much earlier, and the return to schools in September were also cited as reasons for the surge in cases. Although the infection boom among 0-18 year olds is now ebbing as infections increase in their parents’ generation, the data shows.

Ironically, the early introduction of vaccination in the UK – which began in December 2020 and was one of the first in the world – is also now seen as a contributor to its high case rate, as we know – due to a increasing amount of data – that immunity in vaccinated people decreases after about six months. To date, 78.9% of the UK population over 12 is fully vaccinated, show official data.