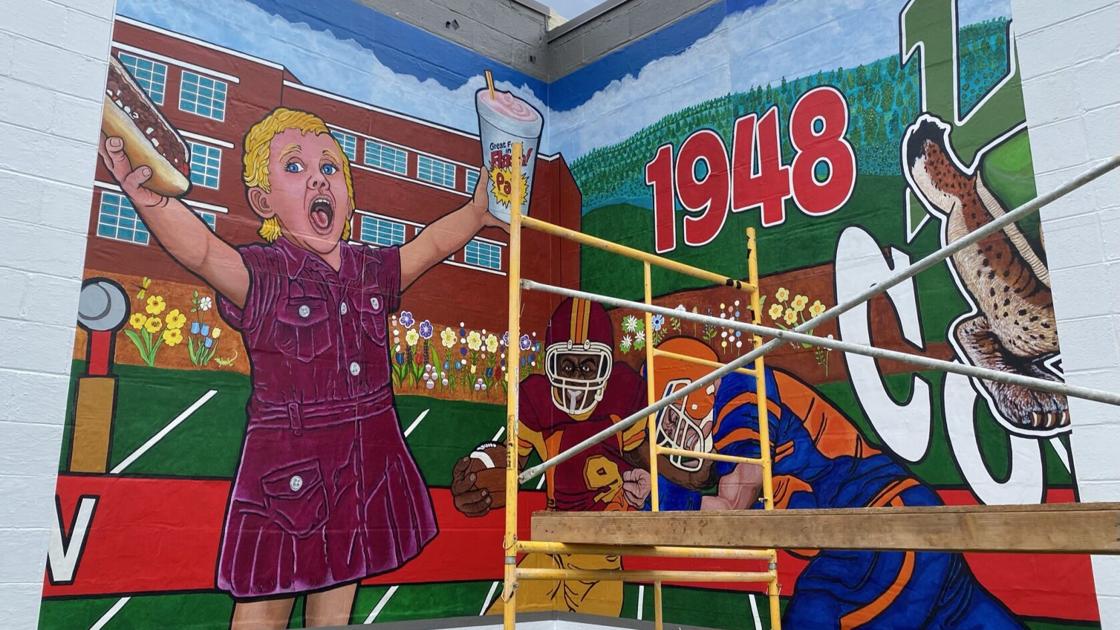 KINGSPORT – After two years of planning and hard work, a 100 foot long mural is hanging on the walls for the whole city to see.

With a grant from the City of Kingsport, the Lynn View Advisory Committee led efforts to create a mural on the exterior walls of the Lynn Garden Hardware building. Organizers say the mural was made to showcase the people, businesses, schools and churches of Lynn Garden.

On Saturday the mural began to rise.

“It tells a story that is both positive and true,” said Jim Wells, committee member and longtime Lynn Garden volunteer. “It projects realism, emotion and energy. … This will be the location for murals in the Tri-Cities. I think it’s so good. “

It will span two outside walls of the Lynn Garden Hardware building and will essentially take people to the “heart of Lynn Garden” – the Lynn View Community Center just up the street, Wells said.

The mural is not a mural in the traditional sense – where paint is applied directly to the walls. Rather, 40 separate pieces of Pellon, a fleece material, are hung on the walls of the building.

The painting took place in the Hardware Building last year, so people didn’t have to be in the elements to complete their work.

Joe Pilkenton, a digital artist and sculptor with the Kingsport Carousel Project, previously told The Times News that he designed the mural images on a computer and sent the file to a Philadelphia company who in turn did their outlines on the Pellon material printed.

Basically, the fabric resembles a huge “painting by numbers” mural.

Wells said a number of volunteers had helped paint parts of the mural over the past year. He spent at least 1,500 hours on the project. In order to present the mural and deter vandals, a light was set up on a nearby mast that shines on the mural at night.

On a good day, Pilkenton said, volunteers can put four sections of the mural on the walls. Add two coats of sealer and a UV coating also need to be applied over the mural, and Pilkenton estimates all work will be completed in about three weeks.

And then the Lynn Garden Community can celebrate their mural.

If you want to see the work in progress, the mural is on the corner of Lynn Garden Drive and Walker Street. 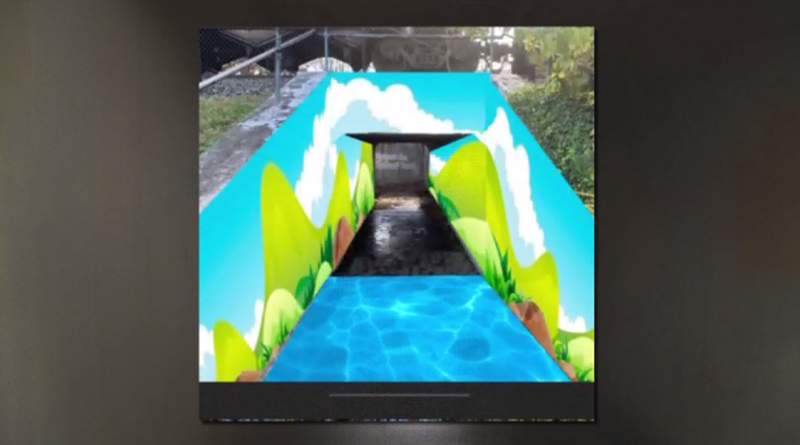 They have launched a campaign to paint a mural on the tunnel that connects River’s Edge Park to South Roanoke. It will be a 3D river scene where people will feel like they are floating through the tunnel.

Organizers hope the mural will make it an Instagram worthy place and ultimately make the city more welcoming.

“We thought this would be a fun way to take up a space that people just see as a way to get from one side of the railroad track to the other and just be fun, and that’s the ultimate goal,” said Patrick Boas , Recreation Manager for Roanoke Parks and Recreation. 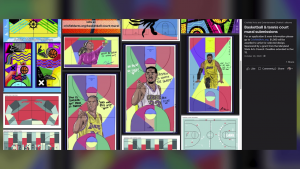 CRISFIELD, Md.- The Crisfield Arts and Entertainment District is soliciting contributions from the community on murals.

They are painted for the Crisfield Housing Authority’s basketball and tennis courts.

We learn that The Crisfield Arts and Entertainment District received a grant this spring to fund the mural project.

Artists were able to submit their murals last year and are now looking for the community’s thoughts on a design.

The project manager said they are very excited to offer this art to the community through partnerships at this uncertain time.

“I think now that it’s always very important to work together and let each other know that at the end of the day we really want the best for the community and the best for our youth, to give them a safe place where you can can play in a place that inspires them, ”said Shelton Hawkins, project manager.

The Crisfield Arts & Entertainment District Planning Committee meets on February 17th at 5:30 am on Zoom.

Here people can contribute to the submitted designs.

You can register for the meeting at arts@crisfieldcityhall.com