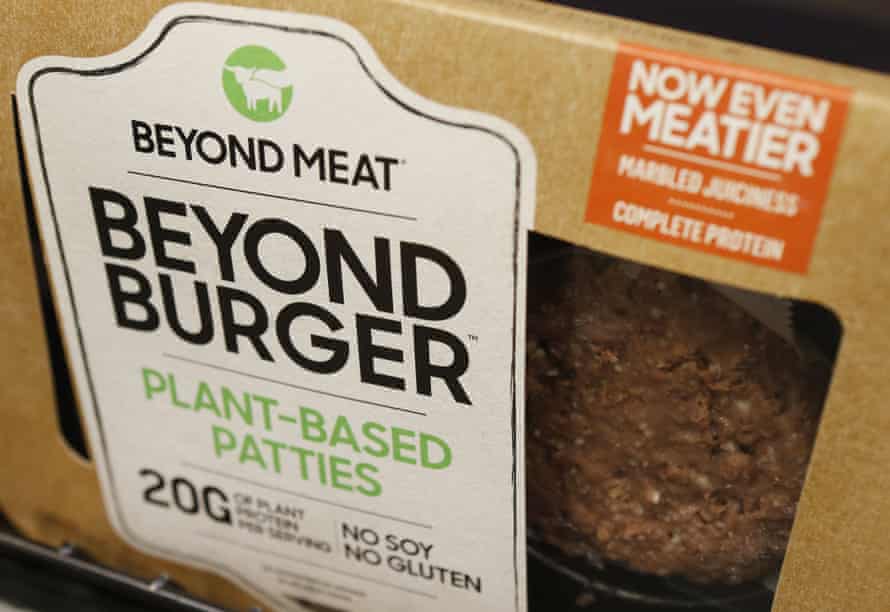 W.Whether it’s your local pub finally adding an option to its menu for the first time, or a plant-based version of your favorite dessert landing on supermarket shelves, the availability of vegan food has skyrocketed in recent years.

The number of vegans in the UK quadrupled between 2014 and 2019, with 600,000 people falling into this category according to data from the Vegan Society. Veganuary, the campaign in which people go vegan in January, hit a record 585,000 registrations this year, compared to just 3,300 in 2014.

Applying vegan principles to investments can take a lot of research

That’s unfortunate because Claire Smith, the executive director of Beyond Investing, a vegan investment platform and creator of the US Vegan Climate Index, says they are generally socially and environmentally conscious and are likely to be interested in what happens to their money. “When you look at labels and verify that the food you are eating is definitely not from an animal, you probably worry about where your money is going,” she says.

Applying vegan principles – like avoiding companies that test animals or exploit animals – to investments can require a lot of research and will limit the number of companies you can invest in. Lee Coates, an ethical money and environmental, social, and corporate governance consultant who spent years searching for the best funds for vegans, says they “don’t have much choice”.

The UK does not have a dedicated fund to easily put your money into and information on where to invest is difficult to come by.

“The best approach is to look for ethical fund solutions that hide exposure to a variety of topics such as animal testing,” said David Henry, an investment manager at Quilter Cheviot. “It pays to speak to a financial advisor who has access to fund screening tools to ensure that your investment decisions are in line with your goals and ethics.”

You can use an investment platform like Fidelity, AJ Bell, or Hargreaves Lansdown to buy these funds. However, you must review the individual holdings within the fund to ensure that they comply with your principles.

Coates says: “For example, you could buy a pure wind farm fund and think that this is not only eco, but also vegan, but you would have to see if there are branches that allow grazing on the slope, which could then mean that it is rented to a local farmer to make a profit. “

Tech funds seem like a safer option, but he says you “need to review their procurement policies and test on animals.” He adds that property can be good because it is “generally ethically neutral”.

Coates recommends the Janus Henderson Global Sustainable Equity Fund, which invests in companies that contribute to positive ecological or social change and are “financially very successful and meet vegan criteria”. He also suggests the Aegon Ethical Equity Fund and the Aegon Ethical Corporate Bond, which adhere to vegan principles – for example no factory farming, no retail sale of meat and dairy products.

Alternatively, you can also invest directly on the stock exchange and opt for animal testing-free companies or purely vegan companies. Many of them are listed on stock exchanges outside the UK – such as Beyond Meat, the maker of Beyond Burger, Else Nutrition, an Israeli manufacturer of plant-based baby food, or the American plant-based food manufacturer Tattooed Chef.

Haz Feliks of Aylesbury has “invested primarily in technology companies and avoided all companies involved in or related to animal husbandry”. Photo: Haz Felix

Haz Feliks, 40, a technology-enabled learning manager who lives in Aylesbury, invests in individual company stocks through his life Isa, pension and personal trading account. “Much like my daily grocery shopping and grocery shopping, it is important to me that I make ethical decisions about my investments and savings,” he says. “As a tech enthusiast, I’ve invested primarily in tech companies, avoiding all companies involved in or related to animal husbandry.” He invested in Tesla early on and is currently investing in Beyond Meat and other companies that “meet the criteria plant-based or technology-based fulfillment “.

Lauren O’Donnell, 28, has been a vegan for four years and is the founder of the specialist breakfast delivery business Oatsu, invests between £ 25 and £ 50 a month in ethical funds and also holds shares in Beyond Meat and Oatly. “I try to focus on companies that have focused on a plant-based solution,” says O’Donnell. “Right now there is a lot of choice in food and to some extent clothing, but investing could provide more resources to enable investors who want to make more sustainable and ethical choices.”

Another option is to invest in vegan companies through crowdsourcing equity platforms like Seedrs and Crowdcube. According to Seedrs, 42 companies with a plant-based focus have used its platform so far this year, 400% more than last year. One of them is vegan cook-to-customer delivery service Allplants, which grossed £ 4.5 million. Crowdcube reports that more than 4,000 retail investors have donated nearly £ 6 million to vegan companies on its platform this year.

Stephanie Peritore, 46, founder and CEO of Mindful Bites, invests in vegan companies through her Isa and crowdfunding.

“It gives me access to deal flows with some phenomenal companies like Pip & Nut. I’ve invested in about 25 companies and invest about £ 20,000 each time. “

Many cruelty-free or purely vegan companies are listed on stock exchanges outside the UK, such as Beyond Meat, the maker of the Beyond Burger. Photo: Steve Helber / AP

Most people’s biggest investment is their pension, and you may find that your company pension is anything but vegan. “If you were automatically enrolled in a company pension plan, you will likely be invested in the standard fund option,” says Henry. “It’s worth seeing if the pension fund instead offers an ethical or sustainable fund option that you can invest in. While these funds are unlikely to invest solely for vegan reasons, they can exclude certain companies. For example, Nest’s Ethics Fund will avoid investing in companies that test cosmetics on animals and only invest in companies that adhere to animal welfare guidelines. “

Coates points to a groundbreaking 2020 judgment that saw ethical veganism as a philosophical belief and opened the door for people to a right to vegan-friendly pensions. “A good employer would understand if you wanted a vegan pension,” says Coates. “Talk to your boss. Group together with other vegan employees. ”He recommends the Aegon Ethical Equity Fund as a pension plan – whether in a company pension plan or as a self-employed person. Otherwise – for the self-employed – it may be best to open a self-created private pension so that you can choose the means yourself. 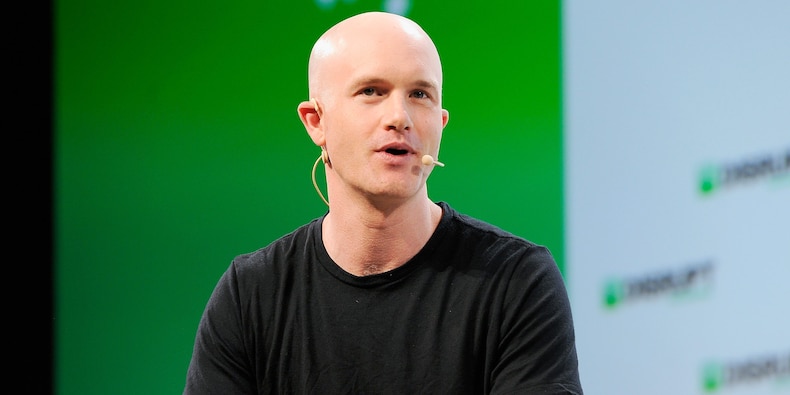 Coin base announced on Thursday that it was Add $ 500 million in cryptocurrency to its balance sheet while at the same time 10% of its quarterly net income is allocated to a portfolio of crypto assets. Insider gathered insights from three Coinbase analysts to help understand the move.

“I like that they put their money where their lips are,” said Mizuho analyst Dan Dolev.

He told Insiders that Coinbase is still heavily fiat money for a company with crypto headquarters for its business. This move changes that, although Dolev would like the exchange to go a step further and charge customer transaction fees in crypto rather than dollars.

“That would signal even more commitment to the cryptocurrency,” said Dolev.

Coinbase CFO Alesia Haas admitted that the majority of Coinbase’s financial transactions – like paying sellers and employees or investing company money – on a Friday are “heavily weighted” in fiat blog entry. But she said Coinbase wants to lead by example by enabling the adoption and use of crypto, and that investment is a step towards that goal.

“We believe that more and more companies will keep crypto assets on their balance sheets in the future,” said Haas. “We hope that by incorporating more crypto assets into our own corporate financial practices, we can take another step towards a more open crypto economy.”

Chris Kuiper, a CFRA stock research analyst, reiterated Dolev’s comment that the announcement shows Coinbase’s commitment to the cryptocurrency industry. Kupier maintained his “Buy” rating on Coinbase after it was announced that he was broadly positive on the stock.

However, adding crypto to Coinbase’s balance sheet adds an additional layer of risk as the company’s share price is already tied to the price and trading activity of Bitcoin, Chris Brendler, senior research analyst at DA Davidson, told Insider. The Coinbase share often moves in parallel with the Bitcoin price.

“That won’t necessarily make or destroy the company,” Brendler told Insider. “But it’s certainly a little scary when you put money into one of those commodities that you’re already pretty closely connected with.”

Part of this risk is offset by a cash balance of $ 4 billion that Coinbase is building in anticipation of a “crypto winter” and possible regulatory action, said Kupier.

Brendler added that since Coinbase is so tied to crypto, Coinbase will need to have more cash than other high-growth non-crypto companies in case there is a “crypto winter” or a prolonged period of low crypto prices and activity.