A year ago this month, Kelvin Crosby was at rock bottom when the tiny bit of clear vision he still had disappeared. Then it got worse. Last fall, development funding for his startup ran out, leaving him with no income.

But with the help of handmade ceramics – a craft he learned in high school and resumed last December – Crosby, 33, is now back on top both emotionally and on TikTok, where he has more than 258,000 followers and 4 ,1 . has `millions of likes for his 6 month old TikTok channel DeafBlindPotter.

Up to 1.4 million people tune in every day to watch videos of the old town resident making cups and vases on a pottery wheel in his parents’ house in Clairemont. Using only his fingers, instinct, and memory as a guide, he spends 12-14 hours a day making up to 20 ceramic items that he regularly sells on his new website deafblindpotter.com.

Crosby said ceramic was his savior several times in his 20-year battle against Usher syndrome type II. He was born with severe hearing loss and began to lose his eyesight at the age of 13. These days, hearing aids help him hear and speak to people, but his vision is now reduced to what people would see if they looked at the world through a piece of waxed paper.

On June 27, Helen Keller’s birthday, Crosby is planning a benefit auction selling 100 of his latest ceramic pieces and running a pot marathon attempting to throw 50 cups in seven hours. He plans to use the event proceeds to raise funds for his next big idea, DeafBlindPotter training for people with intellectual disabilities.

Crosby said he felt it was his mission to teach others the healing properties of the art form.

“Through pottery I realized that I have so much to live with. And I realized that if I can help others live through their challenges, I will find joy in my life too, ”he said. Kelvin Crosby is trimming the bottom of a coffee cup in his Clairemont ceramics studio on Friday June 4th. Crosby is hard of hearing and legally blind, so he markets his ceramics under the new brand and TikTok channel DeafBlindPotter.

Crosby’s mother, Cherri Crosby, said her son was an active boy who played sports and never let his hearing impairment hold him back. But when Crosby was 13, the lights in the stadium went out during an evening football game and he suddenly realized he had no night vision. A few months later he was diagnosed with Usher Syndrome and told that he was gradually going to lose all of his eyesight. Crosby said he ignored the doctors and moved on.

“It was a journey for me. I didn’t accept it when I was young. I just lived my life, got my driver’s license and tried to forget about it, ”he said.

But at the age of 19 he lost his peripheral vision and had to give up his license. He attended a Bible school in the mountains of central California and tried to hide his vision loss from others until he tripped over a lawnmower and fell into the knife, then later stepped onto a chair in the cafeteria and suffered another serious fall.

“I started crying. It was an emotional moment. I found out that I am really deaf and blind, ”he said.

To adjust to his new life, he took classes at the Helen Keller National Center, where teachers asked Crosby if he had any hobbies. He remembered throwing pottery on a wheel in art class at University City High School. He later took classes at Mesa College and then learned glazing techniques at San Diego State University. He said it took a long time to accept the vision-related imperfections in his work.

“When I overcame the need to be perfect, I began to heal. Healing was the most important part of the ceramic process for me, ”he said.

In his mid-twenties, Crosby developed his artistic signature, which consists of three engraved horizontal rings on each piece he made. They stand for joy, perseverance and character, while the piece itself stands for hope. A selection of Kelvin Crosby’s coffee mugs with prices starting at $ 55. All ceramic pieces of the hard of hearing and legally blind Crosby are engraved with three horizontal rings that represent joy, perseverance and character.

At the age of 28, Crosby lost the clarity in one of his eyes, which led him to put the pottery aside and focus on developing a new invention, Smart Guider, an illuminated walking stick for people with visual impairments. This product was in the final stages of development last year when funding dried up.

Around the same time, a family friend named Michaela Harding asked Crosby if he would teach her how to pottery. He offered to get his gear from the warehouse and give her lessons if she let him do a few laps to see what he could do without a clear view. The experience was a revelation.

“When I touched the clay, the healing started all over again. The next thing I knew I was making 10 pieces a day, ”he said.

Michaela’s older sister Natalie Harding – a graduate of SDSU Business School – saw Crosby’s work and together they came up with the idea of ​​developing a new pottery brand, DeafBlindPotter. Crosby built his own website and Harding started filming and posting videos on TikTok. The first video from December 1 received 100,000 views overnight and is now over 800,000. The third video has 1.4 million views.

Crosby’s videos, which he is now filming and posting himself, are a mixture of a pottery tutorial and cheerful motivational speeches. He starts with a pile of clay, which he floats up with water and then turns. He can’t see if the sound is centered on the wheel, but he can feel it when the jar wobbles in his hands. If the tip is crooked, he cuts it off. When it collapses, he shares it too, because everyone makes mistakes. He mixes cups with ceramic glaze with his fingers in order to feel the desired consistency, and with his bare hands he dips the vessels in glaze in order to measure the depth of the colored bands with his fingers. The process from the sludge to the finished vessel takes about three weeks.

Crosby’s “office” is a backyard shed in his parents’ Jerry and Cherri’s home. Crosby’s wife, Abigail, for 10 years, drops him off on his way to work six mornings a week. He calls Abigail his “skirt” because it keeps him on the floor when his entrepreneurial dreams get too carried away. But Cherri Crosby said she believes her son will be able to make his pottery school or any other dream come true.

“If anyone can, he can,” said Cherri. “It’s definitely an inspiring story. He feels very blessed and has the feeling that he can see better now that his eyes are not working properly. ”

In the weeks leading up to its June 27 auction, Crosby will be showing cups, bowls and vases on the DeafBlindPotter page a new e-commerce and interactive social media app called Auxxite. He will broadcast his pot marathon and the auction live on Auxxit. It is also streamed tiktok.com/@deafblindpotter and his YouTube channel (youtube.com, search for “DeafBlind Potter”). His website is deafblindpotter.com. Kelvin Crosby will be working in his ceramics studio on Friday June 4th. Crosby starts between 12-20 pieces a day and then continues working on 50-150 other pieces that are at different stages in the process. 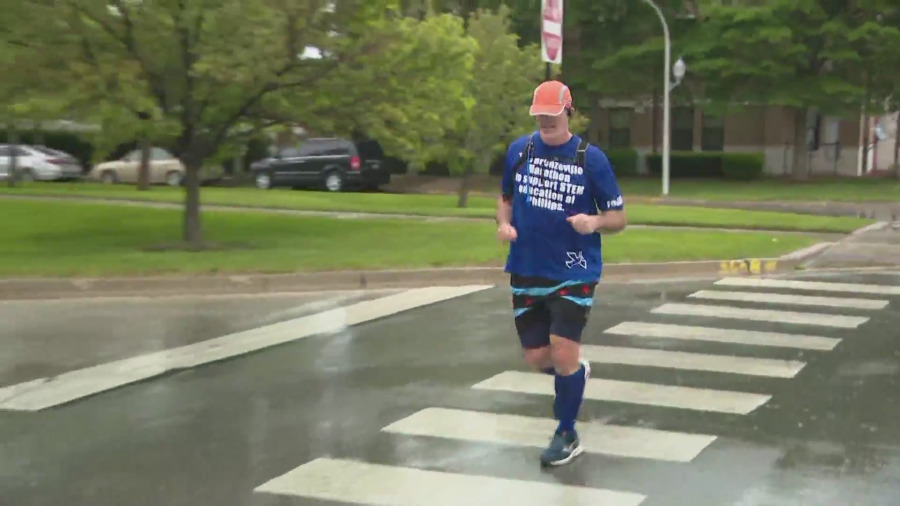 CHICAGO – Even when it rains, lessons on perseverance are not overlooked for Mike Mancini.

The Wendell Phillips Academy teacher and trainer in Bronzeville is on a mission.

He’s running a marathon and raising money online for a new science, technology, engineering and math department, or STEM, at the school.

“Access to this type of education is critical to the economy of the 21st century for our children in this underserved community,” he said.

Until last fall, Mancini didn’t even own a pair of running shoes. But it didn’t stop him from going the distance to help his student get a leg up in the world. 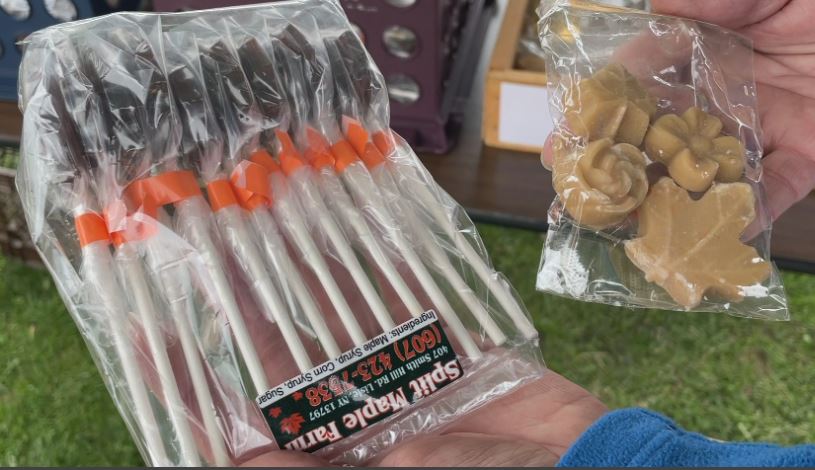 MARATHON (WBNG) – The Maple Festival Extravaganza ’49 and Holding ‘was held this morning as a drive through event where residents could enjoy their favorite maple goodies from the comfort of their car.

A total of 10 vendors lined the sidewalks of Appleby Elementary School, including those who did not sell maple-based products for the celebration.

The event also featured various goodies sold by each Marathon high school class. the freshman class from 2024 with fried cucumber and onion leaves to the senior class from 2021, in which French fries, cheese fries and Spiedie sandwiches are sold, among other things.

Vendors say they brought more items but would have to limit the number of products they brought on sale due to the new drive-thru platform.

This was the first major in-person event for the City Marathon, which for many marked a return to a modified version of a normal year’s Maple Festival.