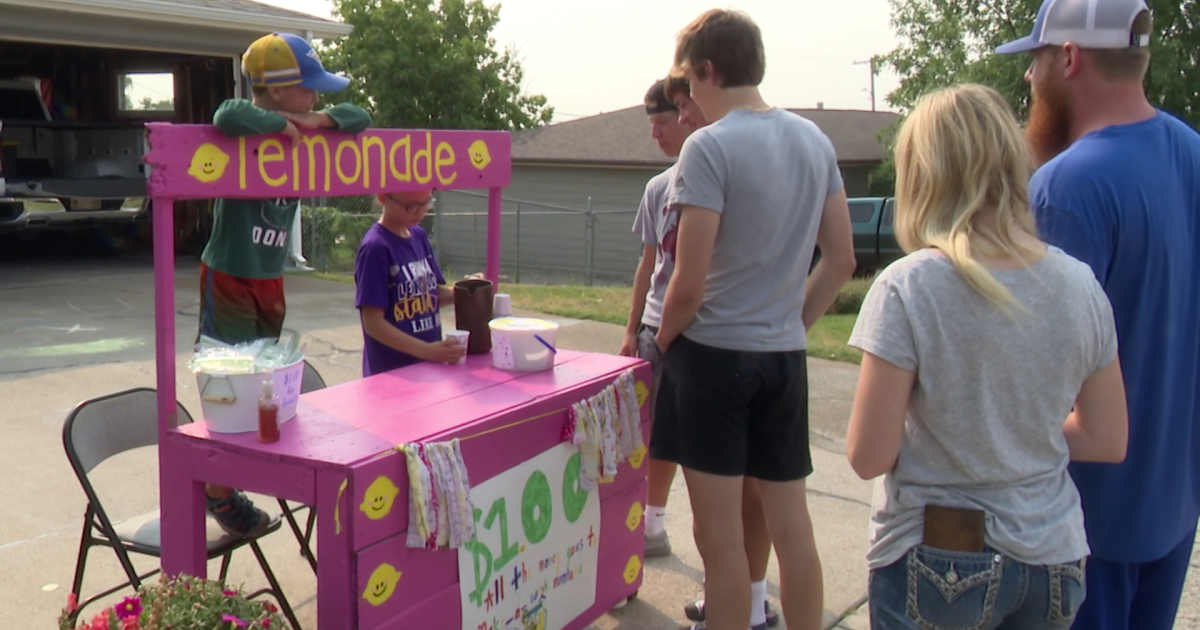 For the past four years, nine-year-old Kennedy has spent time selling lemonade at a stall outside her house every summer.

It opened at 10 a.m. on Saturday and will be open until 2 p.m. at the intersection of James Avenue and 5th Street NW in the Riverview neighborhood.

You can recognize her last name – she is the sister of Troy Ross, who was diagnosed with a rare disease in 2017.

In 2019, Make-A-Wish Montana sent the Ross family to Disney World, and since then Kennedy has donated all of their soda proceeds to Make-A-Wish.

Kennedy said the lemonade was their way of helping people Make-A-Wish Foundation because the foundation has done so much for her family.

“I feel so good inside that I can help (make-a-wish patients),” said Kennedy. “I’m going to have to build a new lemonade stand. It was built from an old fence.”

The congregation has gathered around Troy, and for the past four years the American Red Cross has been hosting a nationwide blood donation campaign to his credit.

She also raises money online; Click here if you want to donate.