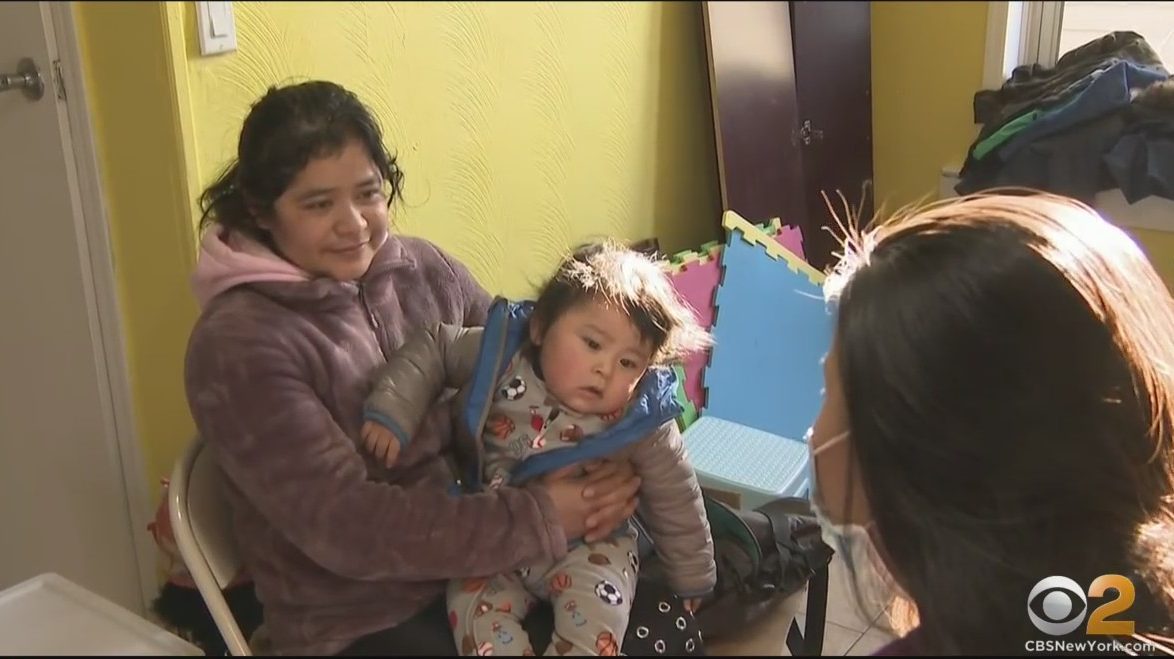 NEW YORK (CBSNewYork) – There is more heartbreak for one Brooklyn Family that has already lost everything in one Fire.

As Christina Fan of CBS2 reported Friday, they are concerned about keeping up with new housing costs while keeping their one-year-old safe and healthy.

For the past few days, Carolina Chan, 26, and her son have slept on the floor of an apartment wearing only the clothes they escaped in after a massive fire burned their home Bensonhurst.

“It makes me very sad to see that my child cannot eat. I see that he wants to go to bed, ”Chan said through an interpreter.

Chan, her husband, son, and six other relatives lived on the second floor of a house on 85th Street.

The fire caught on Monday morning when most of her family was at work. Chan was sleeping with her baby inside when her brother-in-law began desperately to knock on her door.

“I saw the smoke. I don’t even know how I managed to get out with my baby. I was wearing my pajamas, ”said Chan.

The Guatemalan family lost everything and found temporary refuge in a nearby apartment. To stay, the family will have to pay USD 7,500 rent through next week. While the family has received some clothing donations, they are desperate to replace other necessities for the baby.

“A chair for my baby so that he can start eating because he has stopped eating for the time being. He doesn’t eat anymore. He only drinks milk and doesn’t want to eat, ”said Chan.

Chan said her family is back at work and trying to find the money. She says other Guatemalan immigrants, who also lost everything in the fire, have raised significant help through online fundraisers, which gave her hope that people could find it in their hearts to help her too.

The family hopes to raise funds to buy a walker for the baby, as well as diapers and furniture.

Christina Fan from CBS2 contributed to this report.