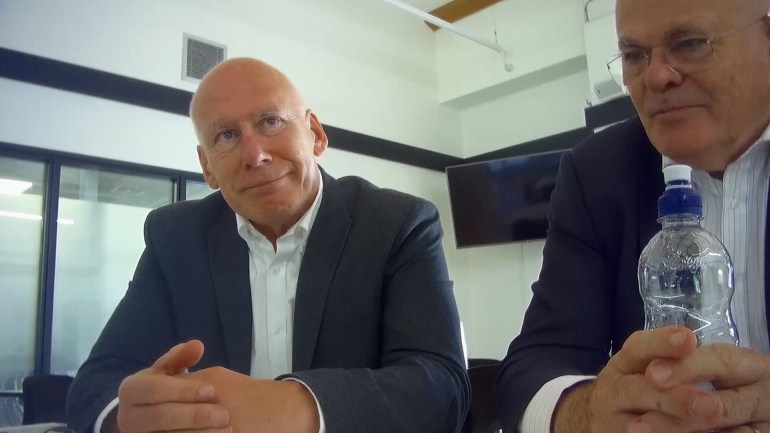 English football clubs can be bought by criminals to launder the proceeds of their crimes, an undercover Al Jazeera investigation found.

The investigation examines the grim world of club ownership in English football and reveals how rules are abused.

The men who sell football from The Al Jazeera investigative unit (I-Unit), shows middlemen telling undercover reporters how to hide a criminal’s money and identity behind offshore trusts and filing fraudulent due diligence reports with England football authorities.

It also shows how the same middlemen can use “dirty tricks” and obtain new passports – with new names – for the criminals in order to deceive the football authorities.

Do you have information about corruption or would you like to give another tip? Contact the Al Jazeera investigative unit on +974 5080 0207 (WhatsApp / Signal) or find other ways to contact ours Tips page.

“Football fans should be mad because the investigation shows the … vulnerability of the English football system to money of dubious origin and unsuitable owners for their clubs,” said Ben Cowdock of Transparency International, who investigates money laundering.

“Al Jazeera’s investigation into football club ownership will be of great interest to both the police and the English football authorities.”

As agents of a fictional wealthy Chinese criminal, I-Unit’s undercover reporters come into contact with a middleman, Christopher Samuelson, who helped them buy Derby County, one of England’s oldest football clubs and two-time English champions in the 1970s.

Samuelson is a trust fund manager and soccer dealmaker known as “The Magician”.

According to offshore financial analyst Adrian Gatton, Samuelson was said to have “made an elephant disappear,” an indication of his ability to hide funds using escrow accounts.

This “ultimate man in the shadows” has been the subject of money laundering investigations in several European countries but has never been charged.

Reporters told Samuelson that her client, “Mr. X”, had been sentenced to seven years in absentia for bribery and money laundering and smuggled money out of China through Macau casinos.

Now he wanted to wash it up by buying a football club, Samuelson was told.

The English Football League (EFL) Owner and director test bans anyone who has an unenforced criminal conviction from owning a club with a prison sentence of more than 12 months.

Undeterred by the client’s crimes, Samuelson provided step-by-step instructions on how to use offshore trusts to hide the investor’s money and identity.

To hide the conviction of Mr. X, Samuelson proposed that two so-called minority investors be used to “front” the purchase of Derby County as co-shareholders in an offshore company.

They would sign a “declaration of trust” that they hold shares in Mr. X’s. This agreement would obscure Mr X’s identity.

Samuelson told undercover reporters that he would make sure the criminal investor is approved by the EFL.

“I’ll have an idea how we can structure it so that we can beat the EFL. I can put pressure on the football league, ”he told Al Jazeera undercover reporters. “We will make it. We’ll just make it. “

Samuelson took the reporters to Derby, where they met Mel Morris, the owner of the club, to discuss a £ 99 million ($ 137 million) deal to buy Derby County. Morris proposed to become a minority shareholder.

Samuelson has long been a player in international business. In the 1990s he helped build Valmet, one of the world’s largest offshore trust companies.

His companies withdrew hundreds of millions of dollars from Russia for oligarchs, including Boris Berezovsky and “Badri” Patarkatsishvili.

In 2004, he arranged a deal with opaque offshore trusts for a mysterious Russian tycoon to buy the Premier League club Everton.

The deal fell through after the tycoon’s name, Boris Zingarevich, leaked to the media.

In 2012 and 2016 he closed deals to buy two English clubs – Reading and Aston Villa. Both have been brought to the brink of financial ruin under mysterious new owners.

During a meeting with undercover reporters from Al Jazeera, Hunter confirmed that he had obtained a British journalist’s private phone record to find the “mole” that leaked Zingarevich’s name.

In the case of Aston Villa, “we monitored what the football league was saying behind the scenes,” said Samuelson. “Of course they didn’t know,” he added.

An internal Scotland Yard report received from the I-Unit shows that Hunter was investigated but not charged by the anti-corruption team and was suspected of being “an aggressive corrupt of Metropolitan Police Service personnel”. 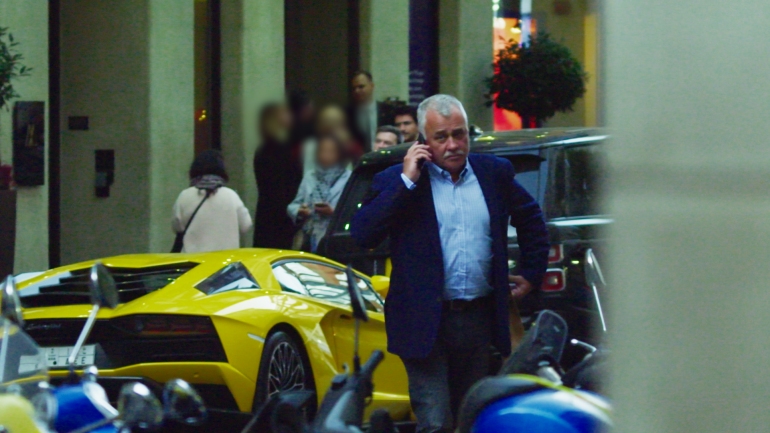 Samuelson and Hunter said they could help the undercover reporters get a new passport for their client and give them a new name in order to completely fool the football authorities.

“We have done this many, many times for others who I can assure you are in a worse position than your boss,” said Hunter.

Hunter then introduced the undercover agents from Al Jazeera Contacts in Cyprus.

In a series of meetings, a network of enablers, including a MP and the de facto Vice-President, expressed a willingness to help the non-existent criminal investor obtain an EU passport with a new name, even if a criminal conviction does one Applicants should disqualify through the pass-for-investment program in the country.

This examination of the Cypriot passports was published in October 2020 and led to High-level resignations, ME and investigations by the Cypriot government that scrapping of the passport program and weeks from Anti-corruption demonstrations in Cyprus.

Answers from those involved

In response to the I-Unit’s findings, Samuelson’s lawyers said he was never told that Mr. X had been convicted of money laundering and bribery and that if he knew of a crime, he would have stopped talking.

Hunter refused to go into the details of our findings, but said he strongly denied most of them.

Hunter said he left the police station with an exemplary file.

Morris told Al Jazeera that the club was only being sold to “suitable administrators” and that they had not had a “formal relationship” with Samuelson for some time.

Watch “The Men Who Sell Football” on Al Jazeera

In order to promote the QQAAZZ criminal conspiracy, Trofimovics registered a mailbox company in Portugal under his own name that was not doing legitimate business. Trofimovics then opened at least thirteen corporate bank accounts in Portugal on behalf of the mailbox company to enable QQAAZZ to receive and launder money stolen by cyber criminals from victims and their respective financial institutions. Several of these Portuguese accounts received or were designed to receive funds stolen from US victims.

Arturs Zaharevics was successfully delivered from the UK in April. To encourage QQAAZZ’s criminal conspiracy, Zaharevics set up a mailbox company under a false name and set up foreign bank accounts on behalf of this mailbox company that sought to receive or accept funds stolen from US victims.

“Transnational money laundering organizations like the QQAAZZ Group play a critical role in helping cybercriminals benefit from their systems. The guilty confessions announced today reflect our continued commitment to crush these harmful groups by working with our overseas partners. The guilty confessions further demonstrate our commitment to prosecute such criminals in other parts of the world and to ensure that they are brought to justice in our US courts, ”said Acting US Attorney Stephen R. Kaufman of the Western District of Pennsylvania.

“These people operated a money laundering system that worked with cyber criminals who stole unsuspecting victims in the US and around the world,” said Mike Nordwall, the FBI Pittsburgh special agent in charge. “Your confessions of guilt are proof that no one can hide behind a computer or an international border. The FBI goes into numerous efforts to combat cyber threats, from improving threat detection and information sharing to examining how we operate to disrupt and mitigate them. Partnerships are an integral part of our daily work, and the global partners in this research have enabled us all to combine tools, skills and knowledge to form a stronger team to put these criminals out of business. “

According to the factual bases for the two admissions of guilt and the various instruments of prosecution in this case, QQAAZZ members, in collaboration with cybercriminals around the world, conspired to launder money stolen from computer fraud victims in the US and elsewhere. More than 40 house searches were carried out in Latvia, Bulgaria, the United Kingdom, Spain and Italy, with prosecutions initiated in the United States, Portugal, Spain and the United Kingdom. Most of the searches and arrests in Latvia were carried out by the Latvian State Police (Latvijas Valsts Policija), and an extensive bitcoin mining operation related to the group was seized in Bulgaria. Europol and several law enforcement agencies across Europe worked with the United States to develop parallel investigations and prosecutions against QQAAZZ members in their own countries.

The investigation was carried out by the FBI. The Department of Justice’s International Affairs Bureau and law enforcement partners in the UK and Latvia secured the arrest of the accused abroad.