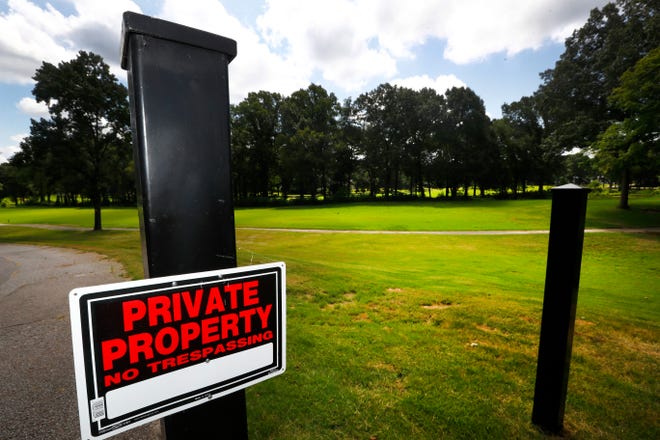 Not many youngsters living in a desert become fishermen. Likewise, the hunt cannot thrive as a people’s pastime in which opportunities dry up.

Ohio, bounded by Lake Erie to the north and the Ohio River to the south, with numerous streams and reservoirs in between, has plenty of water for fish. The state also has enough land for tolerant wildlife, but nowhere nearly as much for hunters of these wildlife.

“Ohio is 95% privately owned,” said Kendra Wecker, chief executive of the Ohio Division of Wildlife, in a recent statement. “And many of these countries are prime outdoor recreation areas.”

For various and questionable reasons, although the trend has long been recognized, what the trend appears to mean and that it needs to be reversed, many of the “early” properties have become less accessible to the public. Efforts have been made, none of which turned out to be resounding successes, to change a rather dismal trajectory.

Trying to open up more land in Ohio to hunters

Wecker’s words came on behalf of yet another attempt, this time with federal funds, to help hunters gain additional access to private land. The Ohio Landowner and Hunter Access Partnership provides an economic incentive to landowners who grant access – $ 2 to $ 30 per acre annual payment.

The program, which came in at roughly $ 1.8 million, has attracted more interest from hunters than landowners since it was announced in late July, said Dave Kohler, program administrator for the wildlife division.

“Our initial goal was to have approximately 20,000 acres” of registered land, he said. “That’s a pretty ambitious goal for a freshman program, though.”

Despite one-sided indicators of predominantly hunter interest, there is hope that good results in the coming years will help expand the partnership, Kohler said.

There are rules in place to protect landowners and hunters without being unduly burdensome for either. For example, while the program requires access by a lone hunter when up to 50 acres are registered, a landowner can give permission to additional hunters.

In addition, federal guidelines exclude fishing, trapping, and white-tailed deer hunting. However, landowners are not prohibited from giving written permission for these activities.

A check-in page will appear from September 1st in Wildlife Department website. The interactive system enables hunters to view registered properties and obtain OHLAP permits based on the “first come, first served” principle.

A permit covering the hours from 5:30 a.m. to 10:00 p.m. on the specified hunting day can be obtained no earlier than 12:01 a.m. on the day on which the hunter would like to use a certain property. The hunter and all persons accompanying the hunter, whether hunting or not, require a permit.

The program runs from September 1 to May 31, although the landowner can allow the hunt from June 1 to August 31 regardless of partnership requirements. Wild animals may only be hunted during the season and only if the regular state-required licenses and permits are obtained.

Contracts with landowners run for two or three years. Land payments are $ 2 for an acre of farmland and $ 30 for perennial wildlife such as wetlands, grasslands, scrubland, and forests.

During the term of the contract, landowners are not allowed to lease or rent OHLAP registered land for hunting, and any other seasonal hunt other than hunting deer with a weapon is allowed. Hunters are not allowed to set up tree stands, use bait, or use wildlife cameras on partnership land.

Land registrations for this initial registration phase will remain pending until the money is used up, Kohler said.