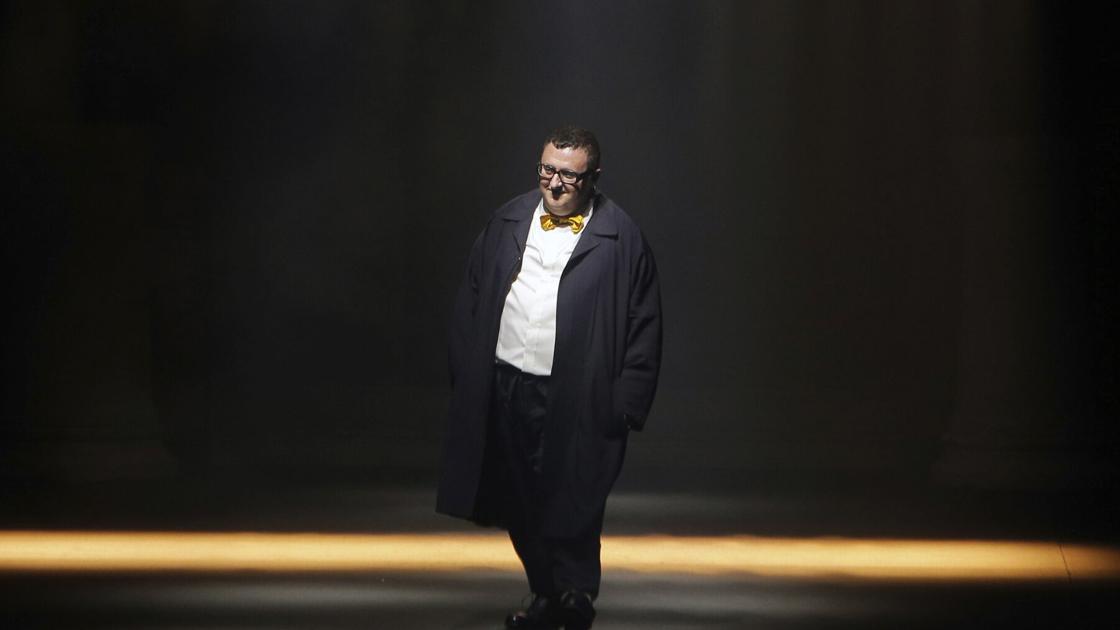 PARIS (AP) – Israeli fashion designer Alber Elbaz, who headed Lanvin from 2001 to 2015, has died at the age of 59, luxury conglomerate Richemont said.

In a statement released on Sunday, Richemont’s chairman Johann Rupert said: “It was with shock and enormous sadness that I heard of Alber’s sudden death. Alber had a well-deserved reputation as one of the brightest and most beloved characters in the business.

“His intelligence, sensitivity, generosity and unbridled creativity have always impressed me. He was a man of extraordinary warmth and talent, and his unique vision, sense of beauty and empathy leave an indelible mark,” said Rupert.

The Richemont Group recognized Elbaz’s “comprehensive vision of fashion” that “made women feel beautiful and comfortable by combining traditional craftsmanship with technology”.

Elbaz started working with Richemont in 2019 to create his own label, AZfashion.

Elbaz was born in Morocco in 1961 and grew up in Israel before moving to New York in the 1980s.

He first became known to the public when he was appointed head of the French house of Guy Laroche in Paris in 1996. In 1998 he became Creative Director at Yves Saint Laurent.

He was credited with resurrecting the French house of Lanvin during his long stay from 2001 to 2015.

An Israeli health worker from Maccabi Healthcare Services prepares to deliver a dose of the Pfizer BioNtech vaccine in Tel Aviv on February 24, 2021.

The coronavirus variant, first discovered in South Africa, can be part of the protection of the Pfizer– –BioNTech Vaccine, according to a new Israeli studythat has not yet been reviewed by experts.

Researchers from Tel Aviv University and Clalit, the largest health organization in Israel, examined nearly 400 people who had tested positive for Covid-19 after receiving at least one dose of the vaccine. They compared it to the same number of people who were infected and not vaccinated.

The researchers found that the prevalence of the South African variant known as B.1.351 was about eight times higher in patients who received two doses of the vaccine than in those who were not vaccinated. The data, released online over the weekend, suggest that B.1.351 may “break through” the vaccine’s protection better than the original strain, the researchers in the study wrote.

“Based on the patterns in the general population, we would have expected only one case of the South African variant, but we saw eight,” said Professor Adi Stern, who led the research. told the times of Israel. “We can say it’s less effective, but more research is needed to see exactly how much.”

The new data comes as public health officials are increasingly concerned that highly contagious variants, studies have shown can reduce the effectiveness of vaccines, could slow global advances in the pandemic.

“I’m going to pause here, I’m going to lose the script, and I’ll be thinking about the recurring feeling I have of impending doom.” she said March 29th. “We can look forward to so much, so much promise and potential where we are and so much reason to hope, but right now I’m scared.”

Israel launched its national vaccination campaign in December, prioritizing people aged 60 and over, healthcare workers, and people with comorbid illnesses. By February, it was the world leader in vaccinations, vaccinating millions of its citizens against the virus.

In January, Pfizer and the Israeli Ministry of Health signed a collaboration agreement to monitor the real effects of its vaccine.

The researchers found that the study’s main limitation was sample size. B.1,351 only made up about 1% of all Covid-19 cases, they said. B.1.1.7, the variant first identified in Great Britain, is more common.

As the variants spread, drug manufacturers tested whether a third dose would offer more protection.

In February, Pfizer and BioNTech said tThey tested a third Dose of their Covid-19 vaccine to better understand the immune response to new variants of the virus.