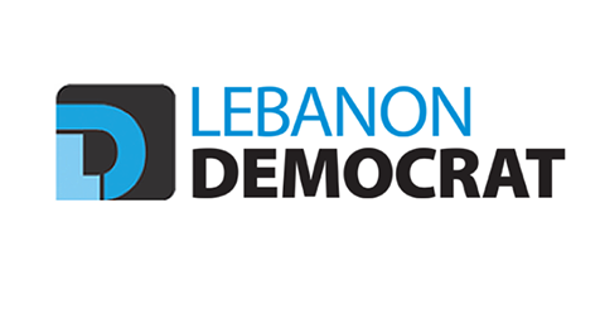 AOL and Yahoo are sold again, this time to a private equity firm.

Wireless company Verizon will sell Verizon Media, which consists of the once groundbreaking technology platforms, to Apollo Global Management for $ 5 billion.

Verizon said Monday it will retain a 10% stake in the new company, which will be called Yahoo.

Yahoo was the face of the Internet at the end of the last century, which preceded giant tech platforms like Google and Facebook. And AOL was the portal that brought almost everyone who signed up in the earliest days of the internet.

Verizon spent around $ 9 billion over a two-year period buying AOL and Yahoo as of 2015 in hopes of building a digital media business that would rival Google and Facebook. It didn’t work – those brands were already fading back then – as Google, Facebook and, increasingly, Amazon dominate the US digital ad market. In the year following its purchase of Yahoo, Verizon listed the value of its combined business, called “Oath,” at approximately the value of the $ 4.5 billion it had spent on Yahoo.

Verizon has lost media resources as it refocuses on wireless networks and spends billions on licensing the radio waves required for the next generation of faster mobile services called 5G. It sold the blogging site Tumblr in 2019 and HuffPost to BuzzFeed late last year. The digital media sector has consolidated in recent years as companies seek profitability.

Despite the difficulty of competing for advertising dollars with tech giants, resulting in cost reductions and layoffs, Verizon Media’s revenue rose 10% year over year to $ 1.9 billion in the most recent quarter. According to Verizon and Apollo, the division still has nearly 900 million monthly users and had sales of $ 7 billion in 2020.

Apollo says it “strongly believes in Yahoo’s growth prospects” and expects the overall growth of digital advertising to also fuel Yahoo, Apollo senior partner David Sambur said in a prepared statement. Apollo has invested in other media and technology companies such as the Shutterfly photo website, and television and radio stations formerly owned by Cox.

Apollo is betting that the data the Yahoo division collects from users who sign up for products like email will appeal to advertisers when ad tracking technology changes, said Forrester analyst Joanna O’Connell.

Financial firms have played an increasingly important role in traditional media over the past few years as the newspaper industry grapples with the decline in print advertising, chain buy-outs, and cost and job cuts.

Verizon will receive $ 4.25 billion in cash, preferential shares of $ 750 million and the minority interest.

The deal is expected to close in the second half of the year.

Certainly a first: Google has literally put Eureka on one of its cards. source.

You’ve heard about the big, new, fat fiberglass pipe you’re going to be laying between Singapore and Eureka? (If you haven’t, check out the links below.) It is slated to plunge into the depths from one of the world’s major financial capitals and head east with stops in Indonesia and Guam before crawling up the banks via the drainpipe of the old Samoa pulp mill, which extends about a mile to the sea.

It’s an exciting prospect! Already one The large international data center company has plans for a new facility in Arcataand it’s everyone’s greatest hope that more tech-dolla will rain on our shores once our new line is in order.

Which one is when According to Google, it is expected to be operational in the summer of 2023.

And when I say “according to Google”, I’m not saying that I just googled it. I’m saying Google literally says that. Because like that Company announced yesterday on its Google Cloud blogIt throws a lot of money on the Singapore-Eureka underwater line, code-named “Echo”.

“The architecture of Echo is designed for maximum reliability,” writes the Goog. “The unique Trans-Pacific route to Southeast Asia avoids overcrowded, traditional routes north and is expected to be operational in 2023. We look forward to the expanded connectivity that Echo will bring to Southeast Asia and create new opportunities for people and businesses in the region. “

And hopefully this region too. 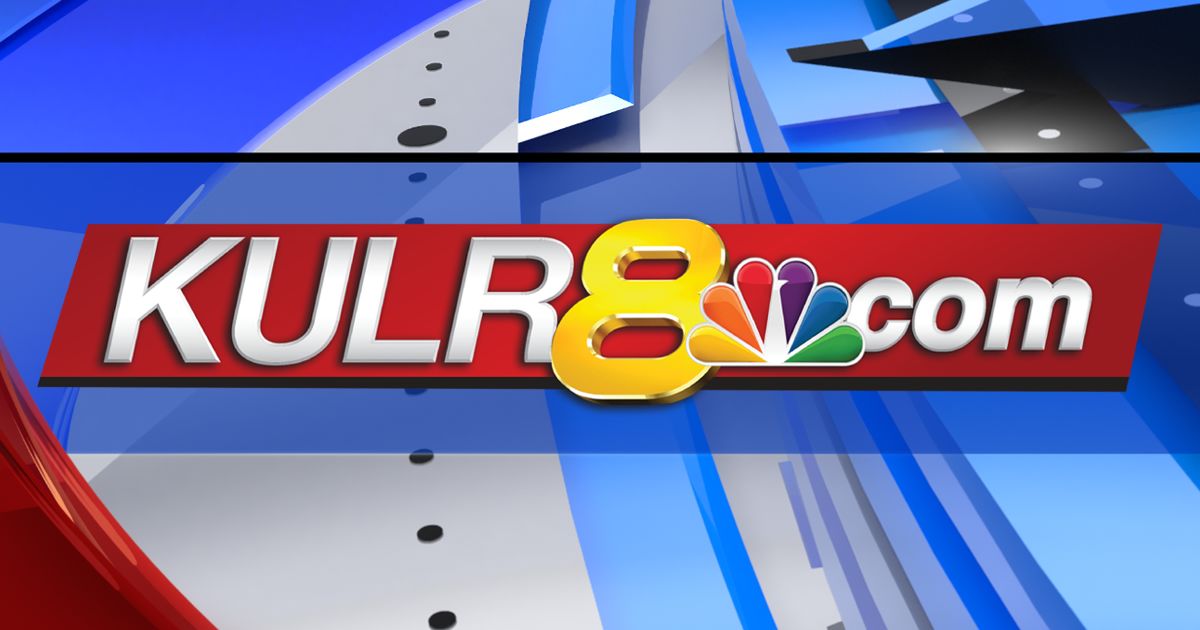 Several right-wing groups said in a joint statement that the authorities had shut down the mobile data network in troubled Sistan and Balochistan provinces, calling the disruption an obvious “tool to hide the government’s crackdown on protests that rocked the area.

Internet disruption reports come from Iranian authorities and semi-official news outlets increasingly recognizing the turmoil challenging local authorities in the southeast – a highly sensitive issue in a country that seeks to stifle any evidence of political disagreement.

As of Wednesday, the government closed the mobile data network in Sistan and Balochistan for three days, where 96% of the population only access the Internet via their phones. The residents reported a restoration of Internet access early on Saturday.

“This is Iran’s traditional response to any kind of protest,” Amir Rashidi of the Miaan Group, a human rights organization focused on digital security in the Middle East, told The Associated Press on Saturday. “By shutting down the internet to block messages and pictures from coming out, (authorities) are more comfortable opening fire.”

A number of escalating confrontations between police and protesters broke out during the week. Crowds with light weapons and grenade launchers descended on the Kurin checkpoint near Iran’s border with Pakistan on Thursday, Abouzar Mehdi Nakhaie, the governor of Zahedan, the provincial capital, said in comments on the semi-official Iranian news agency ISNA. The violence killed one police officer, he added.

Protesters attacked the district governor’s office earlier this week and stormed two police stations in Saravan city. They were outraged by the shooting of fuel smugglers trying to return to Iran from Pakistan on Monday. At least two people were killed in the border shootings and the subsequent clashes, the government said. Many human rights defenders in the region reported higher deaths without providing evidence.

The Iranian government previously cut internet access and cell phone service during tense times. In autumn 2019, for example, Iran imposed a near-nationwide internet blackout when anti-government protests sparked by a rise in fuel prices struck the capital of Tehran and other cities. Hundreds of people were reportedly killed in the act across the country.

NetBlocks, which monitors global Internet access, called the reports of malfunctions “credible” but was unable to conduct a verification.

Given the authorities were targeting the cellular network rather than the landline, the interference would likely not appear in regular network data, said Mahsa Alimardani, researcher at Article 19, an international organization fighting censorship. The area was already suffering from unreliable internet connections.

“This targeted shutdown was very deliberate because they knew the realities of this province,” Alimardani said. The people there are poor and use cheap phones as opposed to computers.

Sistan and Balochistan are one of the most unstable and least developed parts of Iran. The relationship between the predominantly Sunni residents and the Shiite theocracy of Iran has long been strained. Several militant groups are involved in a low-level violent uprising in Sistan and Balochistan, including those calling for greater autonomy for the region.

The area is also on an important trade route for drugs and gasoline, which is heavily subsidized in Iran and an important source of income for smugglers. 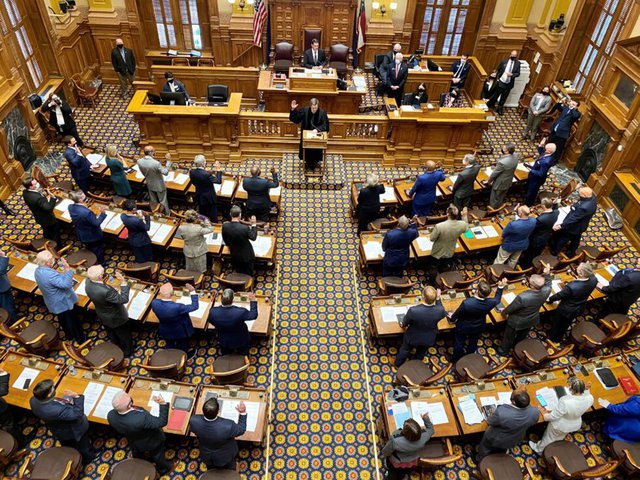 The Georgia Senate unanimously passed a mid-year budget of $ 26.5 billion on Tuesday to fund state public health, police and schools through June 30. This has given more funding to initiatives to combat the COVID-19 pandemic and promote broadband internet in rural areas.

The mid-year budget relies on federal COVID-19 aid to fill spending gaps in education, public health, and other agencies.

The Senate version of the half-year budget largely mirrors Governor Brian Kemp’s spending recommendations last month, which are designed to avoid additional cuts after agencies’ budgets were cut by $ 2.2 billion in June last year due to the pandemic.

With no cuts, the mid-year budget will restore more than half of the $ 950 million saved by K-12 public schools last year. The remaining shortfall will be covered with federal funds in order to keep the school budget stable.

Senate lawmakers have allocated more money to state health officials to fight the pandemic, and allocated $ 27 million to epidemiological programs and a vaccination scheduling system. Five new posts focusing on pandemics would be added to the state Department of Health, from three posts the House added.

The Senate-approved budget gives the governor an additional $ 7.5 million in emergency funding to fight the virus and would allow state prison guards and youth correction officers a 10% pay increase beginning April 1, in order to generate savings by shedding vacant positions .

“I think this is a budget to be proud of,” said Blake Tillery, chairman of the Senate Committee on Appropriations, R-Vidalia. “It’s certainly a much better position than it was this time last year.”

Although passed unanimously, the budget was criticized by Democratic State senators for not including more money for public health services and leaving legislators with no room to generate revenue by curtailing tax breaks and increasing the state’s cigarette tax.

“We think – I think – we should have done more,” said Gloria Butler, Senate Minority Chairwoman, D-Stone Mountain. “The politics of the day do not determine our best thinking or our best political and budgetary decisions.”

The mid-year budget now returns to the house for final vote before it goes to Kemp’s desk to be signed. The legislature will then work out a budget for the 2022 financial year.