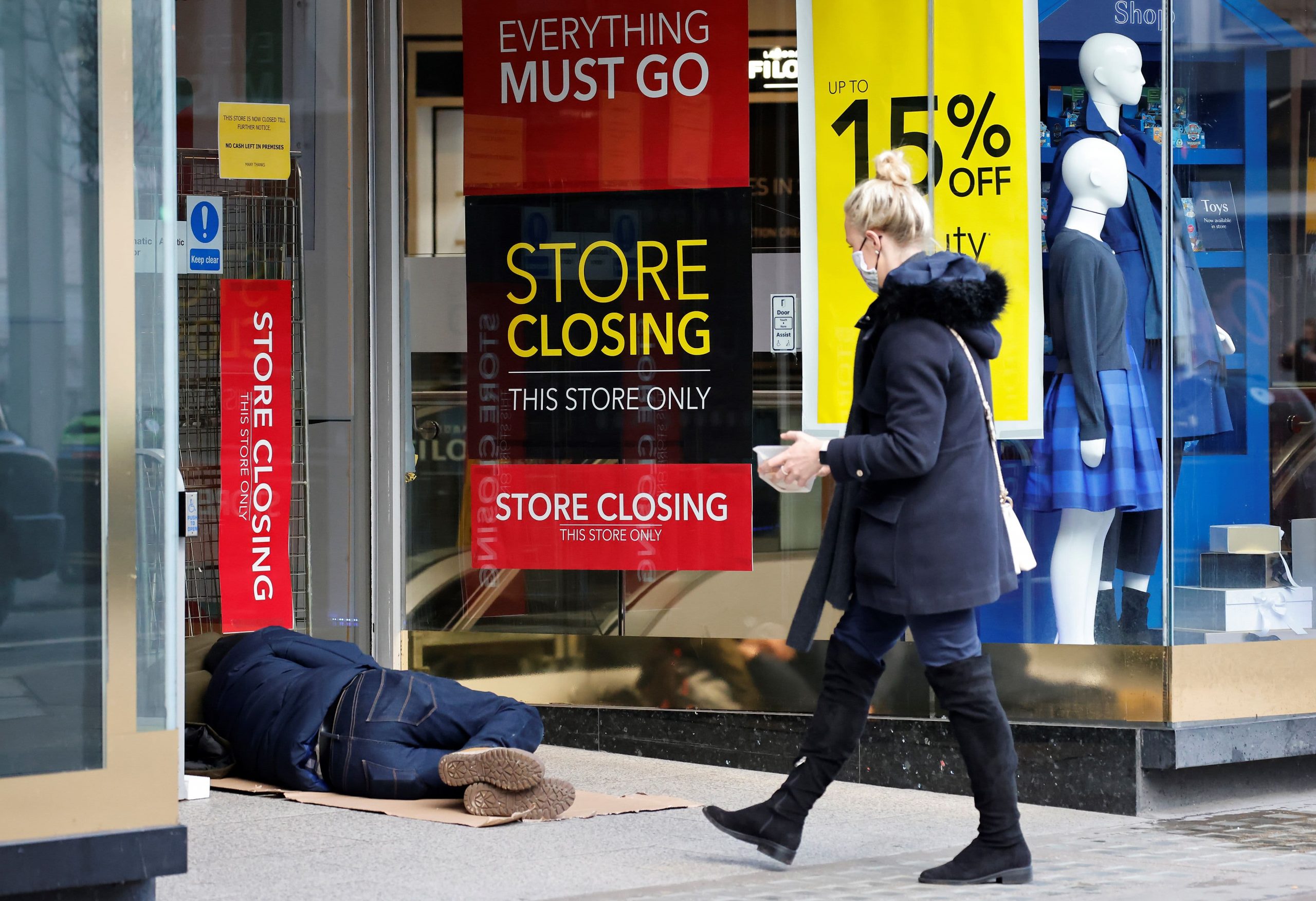 A pedestrian wearing a face mask delivers food to a homeless man who died on March 23.

The pandemic has made the rich richer while the income of the rest of the world – about 99% of humanity – has plummeted, according to a new Oxfam report titled “Inequality Kills”.

The wealth of the world’s 10 richest men has doubled from $700 billion to $1.5 trillion during the pandemic, according to the global charity said on Monday.

“It has never been more important to right the violent injustices of this obscene inequality by reclaiming the power and extreme wealth of the elites, including through taxes – to put that money back into the real economy and save lives,” Gabriela said , Executive Director of Oxfam International Bucher.

A 99% windfall tax on the pandemic profits of the world’s 10 richest men would raise enough money to pay for vaccines for the world — and fund various social measures for more than 80 countries, the report said.

Billionaire wealth has risen more sharply since the start of Covid compared to the past 14 years, and a new billionaire has been minted every 26 hours since the pandemic began, Oxfam said.

The CEOs of the Covid vaccine developers Modern and BioNTech earned billions in 2020 as a result of the pandemic.

At the same time, the vast majority of the population is worse off after losing income during Covid-19, and 160 million more people fell into poverty, the press release said.

One way to “recoup” the huge gains billionaires made during the crisis is to tax the money billionaires have made since the pandemic began, the report said.

“A one-time windfall tax of 99% on the wealth gains from Covid-19 for the 10 richest men alone would generate $812 billion,” the report said.

“These resources could be enough to produce enough vaccines for the entire world and to fill funding gaps in climate action, universal health and social protection, and efforts to combat gender-based violence in over 80 countries,” it said.

If these ten men lost 99.999 percent of their wealth tomorrow, they would still be richer than 99 percent of everyone on the planet.

Even after taxes, the world’s 10 richest men would still be billionaires and, as a group, have increased their wealth by $8 billion since the pandemic began, the report said.

“If these ten men lost 99.999 percent of their wealth tomorrow, they would still be richer than 99 percent of all people on this planet,” said Bucher.

Beyond a one-time windfall tax, governments must also introduce or increase permanent wealth and capital taxes to “fundamentally and radically reduce wealth inequality,” the report says.

The Oxfam report was released ahead of this week’s virtual meetings of the World Economic Forum, where world leaders will discuss global challenges. 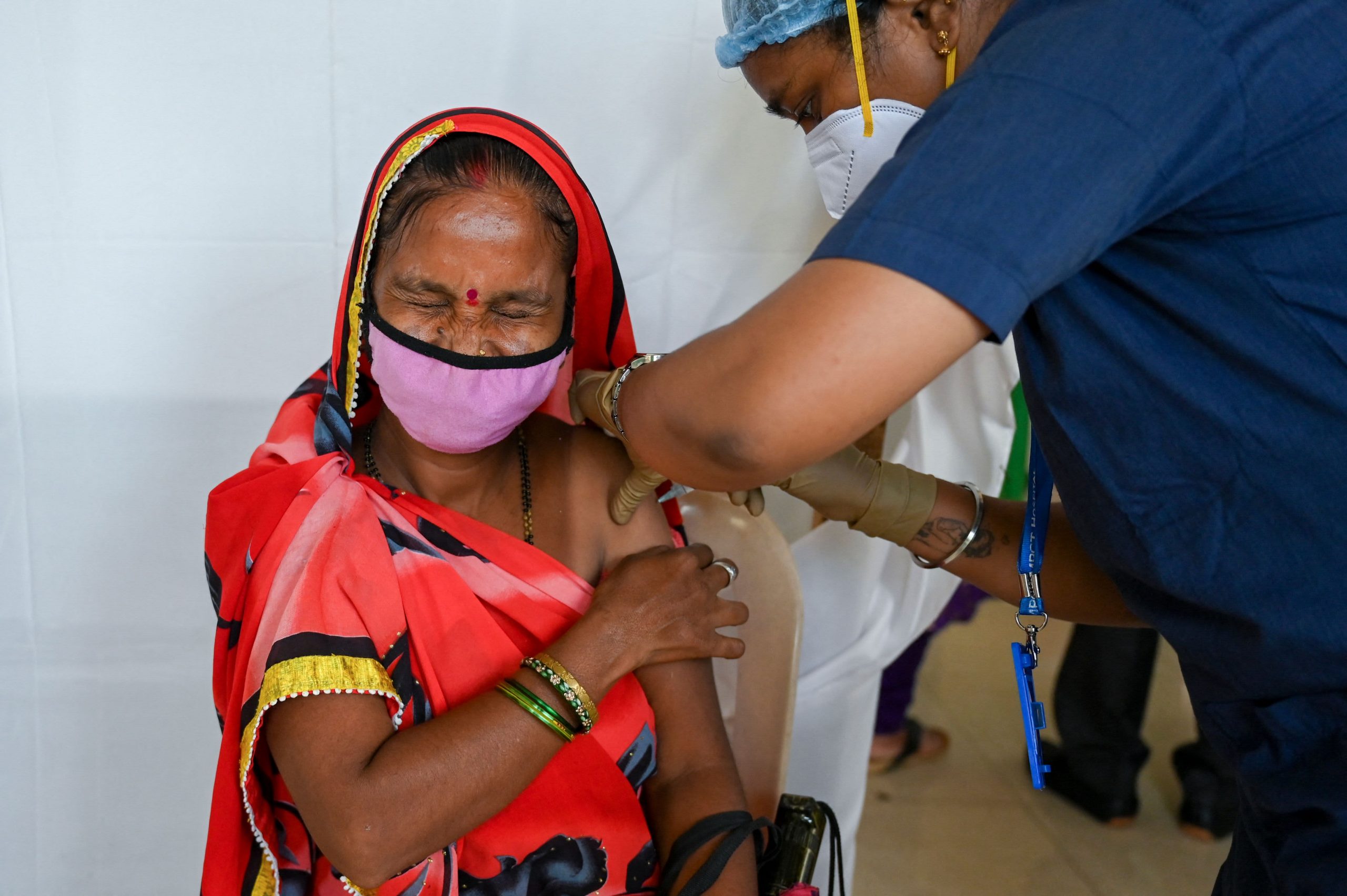 A woman reacts when she is vaccinated against Covid-19 with a dose of the Covishield vaccine on August 12, 2021 at a vaccination center in Mumbai.

The global economy will lose trillions of GDP due to late vaccination deadlines, with developing countries bearing the most losses due to uneven introduction, the Economist Intelligence Unit said in a report.

“The emerging economies will shoulder about two-thirds of these losses, which will further delay their economic convergence with the more developed countries,” wrote Agathe Demarais, EIU’s global forecasting director.

There is little chance that the vaccine access gap will ever be bridged.

Asia will be “by far the hardest hit continent” in absolute terms, with losses of $ 1.7 trillion, or 1.3% of the region’s forecast GDP. Countries in sub-Saharan Africa will lose around 3% of their forecast GDP, the highest percentage, according to the report.

“These estimates are striking, but they only partially capture missed economic opportunities, especially in the long run,” the EIU said, noting that the impact of the pandemic on education was not included in this forecast. Richer countries turned to distance learning during the lockdown, but many in developing countries did not have that option.

More than 213 million people have contracted Covid-19 and at least 4.4 million have died during the pandemic, data compiled by Johns Hopkins University showed.

Wealthy nations are moving far in their Covid vaccination rates, moving towards a booster and reopening their economies, while poorer countries are drastically lagging behind in the race for vaccination.

As of August 23, around 5 billion doses of the vaccine had been given worldwide, but according to Our World in Data, the figure was only 15.02 million of those doses in low-income countries.

“The vaccination campaigns are advancing at an icy pace in low-income economies,” says the EIU report.

The report said that vaccine injustice was due to global shortages of manufacturing capacity and vaccine raw materials, logistical difficulties in transporting and storing vaccines, and hesitation due to suspicion of vaccines.

Many developing countries cannot afford vaccines for their residents either, and hope for donations from richer countries, but global initiatives have not been entirely successful in providing vaccines to those in need.

“There’s little chance the vaccine access gap will ever be bridged,” EIU’s Demarais said in a statement. “COVAX, the WHO-sponsored initiative to ship vaccines to emerging countries, has not lived up to (modest) expectations. “

“Despite flattering press releases and generous promises, donations from rich countries have only covered a fraction of the need – and often they are not even delivered,” she wrote.

Covax aimed to ship around 2 billion doses of vaccine this year but has only shipped 217 million doses to date. according to the UNICEF tracker.

Some of the deliveries went to developed countries such as Great Britain, Canada, Australia and New Zealand, reported the Associated Press.

Poorer countries are likely to recover from the pandemic more slowly, especially if restrictions have to be reintroduced due to lower vaccination rates, the EIU said.

Tourists could also avoid countries with large unvaccinated populations for safety reasons, while political resentment is likely to increase, the report said. Residents may be unhappy that their local governments cannot provide vaccines and see states richer than hoarders of the shots.

“Social unrest is very likely in the months and years to come,” wrote Demarais.

Additionally, the virus situation continues to evolve, with herd immunity likely out of reach due to the highly transmissible Delta variant and vaccination being sought “more modestly” to reduce severe cases, hospitalizations and deaths, the report said.

Political leaders are busy responding to short-term emergencies such as the rapid rise in infection rates, but now need to develop a longer-term strategy, Demarais wrote.

“Here, too, the rich-poor contrast will be strong: vaccinated, richer states have a choice, unvaccinated, poorer ones don’t,” she said.

More money needs to be put into fighting inequality to curb crime, said the first woman policeman with the Merseyside police force, arguing that “the police are a bigger partner [in society] than just imprisoning the bad people ”.

Serena Kennedy, who took on the role last month, said she agreed with her predecessor who said if he were given £ 5bn to reduce crime he would get £ 1bn in law enforcement and £ 4bn in the fight against poverty stuck.

Andy Cooke did that unusually frank comments on the relationship between deprivation and insult when he stepped down with the force after 36 years, the last 11 under a Conservative government accused of widening inequality.

In her first few weeks in that role, Kennedy endorsed his comments, stating that she wanted to make crime prevention a priority by working with partners to “investigate and address the root causes of crime.”

“I agree with Andy. Merseyside has massive inequalities in terms of where our communities are in terms of the nature of the poverty gap. “

She pointed to academic research showing that post-Covid inequality is likely to worsen in northwest England.

“For me, this inequality means that people’s aspirations, their expectations and their chances in life are influenced. So we should definitely work with our partners to investigate these causes, ”added Kennedy.

Comparing government health papers showing that investing in prevention would mean less spending in the long run on diseases such as obesity, Kennedy said the same is true from a police perspective in terms of the cost of prosecuting people. “It’s cheaper, but that’s not why, it’s because you’re giving that person a better chance in life.”

I will quote Robert Peels first Principle of policing Kennedy said policing is an integral part of community safety. “One of my priorities is the relentless pursuit of those criminals who tarnish the lives of our communities and target the vulnerable. Absolutely, that is our role, but we need to play a role with our partners in the earlier intervention and change the inequalities that will only worsen. “

Some might interpret Kennedy and Cooke’s comments to be in line with a key demand made by Black Lives Matters protesters who have made calls “Defund the Police” by transferring funds from the criminal justice system to health, social and educational systems. In response, Kennedy said, “It wasn’t just about taking money away from the police, it would require a fundamental change in the way you use resources in the area.”

Again citing a preventive approach, she used the example of assigning every child in a school a place in a breakfast club, rather than just specific children, to improve bonding and reaching. “To do this, the long-term benefits must be recognized across the public sector. Education, policing, social welfare, housing … It’s not a political statement, it’s just a mind-set about how we fund our services, “she said.

Kennedy began her career with the Greater Manchester Police Department in 1993 and joined Merseyside four years ago as the deputy chief of police. She rose to the rankings and is among the 29.4% of women police chiefs in England and Wales. Amid renewed debate about institutional sexism in policingShe said that in her 28 years of service she had never seen what she would consider misogyny, but admitted that some of her colleagues had a different experience.

With a reputation for fighting organized crime, one of the force’s key ongoing operations is the investigation into fraud, bribery, corruption and misconduct in public office, which has resulted in the arrest of about a dozen people, including the former mayor. He has not been charged and denies any wrongdoing. Does it take courage to go through an operation that has resulted in some very high profile arrests and throws? Liverpool in political unrest? Kennedy will only say that the force “will always investigate allegations of crime” when there are allegations of crime. 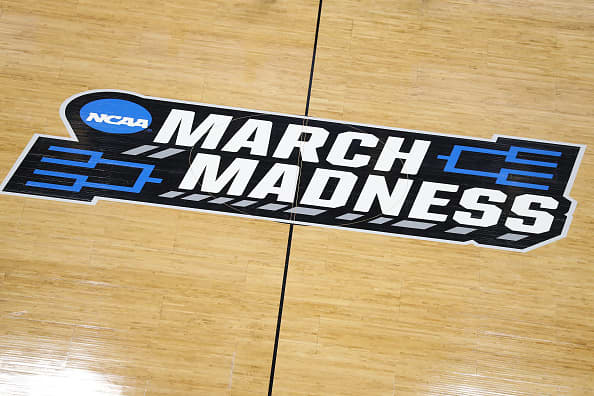 The NCAA has a chronic problem with undervalued women, writer and presenter Jemele Hill said Friday – and the recent controversy over weight room discrepancies highlights that inequality.

“This has long been a consistent issue when it comes to the lack of equity between men’s and women’s sports,” Hill said. “This should let everyone know who is seeing and hearing this story that it was about the fact that they didn’t think they were worth it to begin with.”

On a Friday morning call to Zoom, NCAA senior vice president of basketball Dan Gavitt promised to do better.

“I apologize to the students, coaches and the women’s committee for dropping the ball on the San Antonio weight room issue. We’ll fix it as soon as possible,” said Gavitt.

Hill told CNBCs “The News with Shepard Smith” the rapid response on Friday was significant.

“When they were caught and this video went viral, they suddenly had a change of heart within 24 hours,” said Hill, who hosts the Spotify podcast. “Jemele Hill is undisturbed.” “The money was always there. The money isn’t the problem. The problem is they don’t believe these women are worth it.”

ESPN signed a 14-year $ 500 million contract with the NCAA in the 2023/24 academic year to expand rights to 24 college championships, including continued coverage of the Women’s Division I basketball tournament.

Hill told host Shepard Smith that going forward, the NCAA “must do everything it can to show that they take women’s sport seriously because it looks worse as the background to this is that it is the month of women’s history.”

NCAA officials were not immediately available Friday to respond to Hill’s comments.