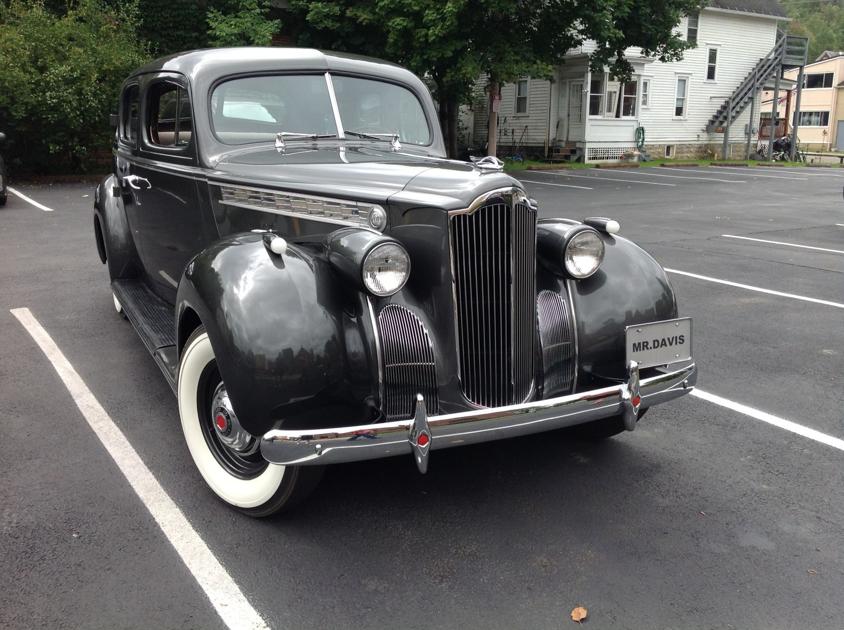 When Jim Long was a kid, his neighbor told him he was going to sell him a car. Life intervened, but after many years the car came into Long’s possession.

Long lived on 193 High Street as a child. He explained that across the street on 194 High Street “lived two bachelors, William Davis and his brother Ross. Mr. Davis was the Church of the Assumption Music Director for many years. He was well known in Bradford. “

“I don’t think I’ve ever seen him in anything other than a suit and tie,” Long said. Mr. Davis owned a 1940 Packard 110 which he kept in a garage on Rochester Street. To reach his house from the garage, Mr. Davis walked up an alley between Long’s house and his neighbor’s – the popular thoroughfare for those in the neighborhood that goes from point A to point B.

Long said Mr. Davis would always talk to the family when they were out when he came by.

“He always told me he would sell me the car,” Long said. However, Long was drafted into the army in 1966, and when he was released and returned home in 1968, something was different.

“I looked across the street and the house was empty. I asked my mom, ‘What happened to Mr. Davis?’ “Long said. He said his mother stated that Mr. Davis had gotten older and moved to the Holley Hotel because there were no retirement homes at the time and the Holley was a respectable place to live. When Long asked about Mr. Davis’ car, his mother said it had been sold to Paul Abernathy.

Long later learned that Abernathy had gone to church with Mr. Davis, which provided an opportunity to bond for the sale.

After Abernathy’s death, the car was given to his son Sheldon, who Long said everyone called “Bernie” and who was a local postman. Like his father, the younger Abernathy stowed the car without driving it.

In 2003, however, Sheldon Abernathy had the car completely restored. Long said the work was done by Greg Davis, who has a shop in Westline and does the restoration, and the car was painted by Don Swander. The interior, which was fully restored after the 1940s, was made by a company in Buffalo, NY. executed

Long’s opportunity to purchase the car came accidentally after Sheldon Abernathy’s death when the car was in the possession of John Piganelli, Abernathy’s nephew.

“The funny thing is that I found it by accident,” Long said. He explained that his brother-in-law Lanny Layton had gone to see John Piganelli’s son Evan on an unrelated matter, and during the conversation Evan asked if he knew anyone who might want to buy an old Packard.

Long closed the deal on Aug. 3, agreeing to Piganelli’s condition to take him to the Packard – which he had never ridden in before.

Lange went to work replacing the fuel pump and other parts. The car was not yet ready to drive. Then Long’s friend and VFW colleague Steve Belleville came by.

“He said, ‘We’re going to your garage and we’ll get this thing up and running in five minutes.’ In fact, he was right, ”said Long. “The timing was a little off.”

Long said the car is now running smoothly and has been taking it easy for the past two weeks.

Long said there was a consequence of the car sitting idle.

“Basically, I have a rust problem in the gas tank of (the car) that has been sitting for so many years. I put some fuel filters on it and it seems to be going well, ”he said. “I try to put a few short miles on it and make sure it starts every time I try to start it.”

Long is happy to have a car with such a personal story and to have it ready for new adventures. However, he does not plan to adapt his wardrobe to the decade.

“It’s a pretty decent car. Everyone tells me to get a pinstripe suit and a fedora, but that’s not my style, ”he said. 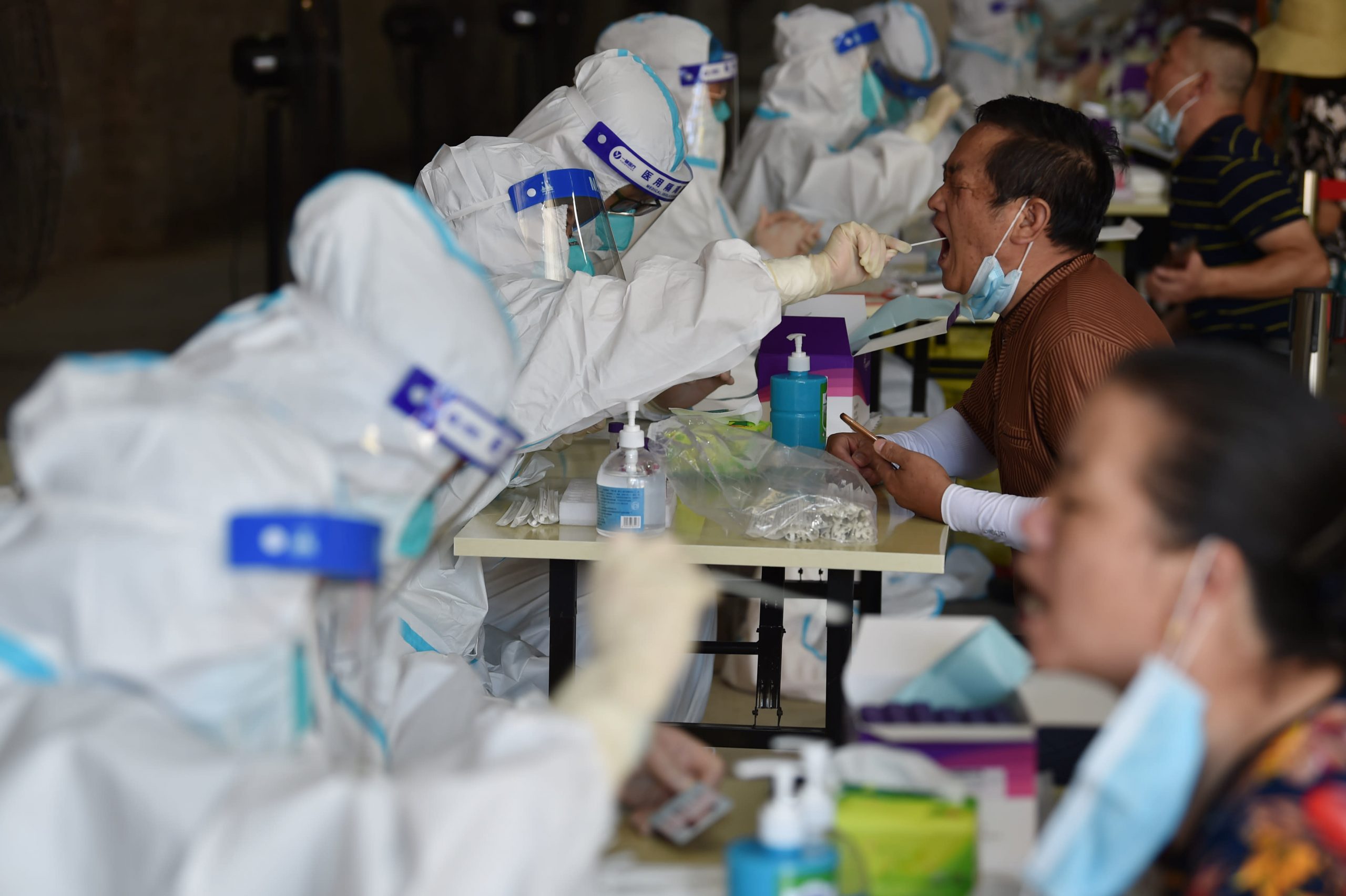 Medical staff are working on the sixth round of the Covid-19 test since the end of July in Nanjing, east China’s Jiangsu Province, on Sunday, August 8, 2021.

China has tightened Covid-19 measures to combat a surge in daily cases – a move that could curb the country’s economic growth and hurt its stock markets, veteran strategist David Roche said.

Investor sentiment towards Chinese stocks was boosted by Beijing’s regulatory crackdown on sectors such as technology and Tutoring after school.

“The markets have gotten into the mindset that Covid is very … bad, but the economic recovery is picking up locks, removing social restrictions – this is something of the world recipe right now,” said Roche, President and Global Strategist, Independent Strategy. said CNBCs “Road signs Asia” on Tuesday.

“Well, it is not the world recipe in China for good reasons, and so markets have to accept that it has an economic cost not just within China but globally,” he added.

The country’s National Health Commission reported 143 new Covid cases in mainland China on Monday – the highest number of daily infections since January, according to Reuters. Attributed to Chinese State Media the recent resurgence of infections on the highly transmissible Delta variant.

Some economists have raised concerns about China’s “zero tolerance” approach to Covid, which refers to the country’s aggressive crackdown on relapses in Covid cases. The approach, which includes rigorous lockdowns and mass testing, helped China keep previous outbreaks under control before the recent resurgence.

But the Delta variant is more contagious and could be more difficult to contain – and that could hurt China’s economic recovery, economists warn.

“If lockdowns and vaccination advances do not allow local economies to reopen by mid-August or early September, we will have to rethink our GDP forecast of 8.8% for 2021,” wrote economists at Australian bank ANZ in a report on Tuesday.

China effect on the world economy

Any disruption in the Chinese economy could affect global economic growth, Roche said.

The strategist stated that wider lockdowns across China could disrupt global supply chains – many of which are in the country.

This could affect international trade, increase the cost of some goods, and raise inflation expectations around the world, he added.

Roche expects China’s year-over-year growth to slow to 2 to 3% in the third quarter 7.9% expansion in the second quarter.

In the longer term, China’s economic growth will level off at around 5 to 6%, according to Roche.

“I think China is about to end its great recovery story from Covid, which of course is ahead of the world … and is now converging on a long-term growth path that is much, much lower than what people are used to after China,” said he.