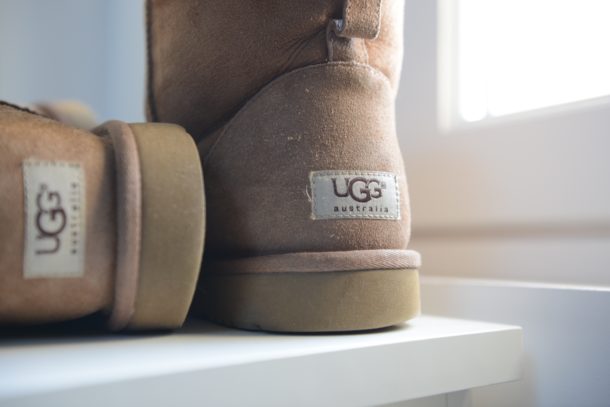 The appeals court upheld the district court’s earlier ruling finding that Australian Leather had deliberately infringed Deckers’ “UGG” trademarks by selling fewer than 15 pairs of UGG branded boots in the United States and paid Deckers $ 450,000 Dollar damages and pending a permanent restraining order preventing Australian Leather (among other things) from using “the UGG trademark or name or any reproduction, forgery, copy or dyeable imitation thereof in any way and in any format, case or Spelled on or in conjunction with “the sale, offer for sale, distribution or promotion of any product in the United States or its territories.”

The litigation underlines that trademark owners and users with multiple jurisdictions must carefully examine whether any infringement problems may arise with regard to a general meaning of the trademark in the respective jurisdiction in which use (or even trademark protection) is sought. Trademarks that are distinctive and therefore protectable in one country can have a general meaning and are therefore not registrable or enforceable in another country. Likewise, acceptable use of a generic term in one jurisdiction may constitute trademark infringement in another.

Australian Leather is one of many companies in Australia that sells sheepskin boots under the umbrella of “ugg boots” without worrying about possible trademark infringement. This is because the term ‘ugg’ in Australia (and New Zealand) is generally considered to be a description of a certain type of sheepskin boot with fleece on the inside and a synthetic sole and that other traders may need to legitimately use the name ‘ugg’ to to describe similar products. On this basis, it was generally accepted that the term “ugg” or “ugg boot” cannot be registered as a trademark in Australia and New Zealand.

According to US trademark law, generic terms are also excluded from registration as a trademark. However, and unfortunately for Australian Leather, despite the fact that ‘ugg’ is a generic term in Australia, it is not in the United States.

Australian Leather also tried to rely on the US “foreign equivalents” doctrine to argue that the term is generic in Australia (as agreed by Australian Leather and Deckers), which means that the term is also used in the US should be viewed as generic. According to the doctrine of foreign equivalents, a person cannot register a trademark over a foreign generic word if the trademark would “prevent competitors from labeling a product as it is in the foreign language that their customers know best”. Australian Leather went ahead and filed counterclaims against Deckers alleging that Deckers was misleading consumers by suggesting that their products were made in Australia.

Despite Australian Leather’s arguments, in the U.S. District Court’s summary judgment for the Northern District of Illinois, while ‘ugg’ is a generic term in Australia, that alone is insufficient to infer a general meaning in the United States States “.

Regarding the Foreign Equivalents Doctrine, the District Court found that the doctrine “is not perfectly suited to English into English and is generally used to analyze non-English words used in the American market,” and In any case, “The doctrine is merely an expression of the prohibition on allowing a trademark to monopolize a generic term.” The court further stated that Americans familiar with the Australian use of the term (or Australian visitors to the United States ) “Would be misled into believing that there is only one brand of Ugg-style sheepskin boots in this country”.

The court also dismissed Australian Leather’s counterclaims, ruling that Decker had not misleadingly marketed their products as manufactured because Decker’s “UGG Australia” label did not state that the boots were made in Australia and that their products had a specific label of origin included in Australia.

On appeal, Australian Leather argued that in examining whether “ugg” was a generic term, the District Court made a mistake and misapplied a test that may be relevant in circumstances where a brand name becomes generic as opposed to a term was generic even before the trademark was registered. However, on May 7, 2021, the U.S. Federal Circuit Court of Appeals upheld the District Court’s decision.