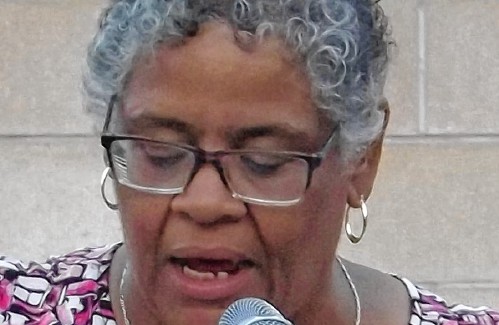 ATHOL – The superintendent of the Athol Royalston Regional School District Darcy Fernandes unveiled a revised draft of her school district budget for FY22 last week. This is the second version of the expense package presented to the district school committee.

“Chapter 70, we’ve got to our number, and we’ve got about $ 45,000 more than last year. That is based on the current governor’s budget. It still has to go through the legislature and be finally determined. ”

The budget proposed by Governor Baker would send more than $ 18.1 million in Chapter 70 state aid to the district.

“Originally,” Fernandes said, “we weren’t sure where this was coming in. We were concerned that based on the number of students we lost that year, that number could be $ 800 or $ 900,000 below this year , but it.” has not.”

The superintendent also estimates that government reimbursement for transportation costs could be around $ 600,000, about $ 51,000 more than in the current fiscal year.

“Title I – we appreciate what we had last year,” she said, “but the good news is that as a district we hear that our numbers are up about 16 percent from our original Title I fund based on ours Count.” on in this fund. So we saw a slight change, which is good news as there were a large number of school districts across the state and their numbers actually decreased significantly. ”

Title I is a federal program that funds school districts with a high percentage of students from low-income families.

Fernandes also estimates the district is funded close to $ 2 million from various grants.

“They kept us harmless,” she said. “That means that last year we had 1,700 children in the foundation budget. That year it dropped to 1,400 due to COVID. So we were hoping they wouldn’t use that 1,400 number because we would have received about $ 800,000 less than this year. ”

Bassett went on to explain that the estimated $ 600,000 transportation reimbursement is based on the buses that only carried students this year. Those who delivered lunch were not counted.

Overall, the estimated ARRSD budget for FY22 is currently nearly $ 26 million, an increase of approximately $ 474,000 over the current year’s spending package of $ 25.5 million. This number is based on a projection of 1,550 students attending the class in the district.

While the budget is based in part on significant spending increases in several areas – including special education, transportation, and retirement – no wage increases have been taken into account as negotiations with the Athol Teachers Association, which negotiates for all staff units, are still ongoing.

According to Fernandes, the overall goal of the budget is to maintain the district’s workforce for Fiscal Year 21, provide additional support to the district’s most vulnerable students, and ensure that the district has adequate supplies and supplies to prevent the district from spreading COVID-19.

Greg Vine can be contacted at gvineadn@gmail.com