“Despite the presentation to the Board of Directors, the CCEA was unable to adequately explain the THT deficit of 42 million US dollars or answer questions about the solvency of the THT satisfactorily and precisely,” said the statement, which was published shortly after midnight.

THT Health, the nonprofit insurance company that covers thousands of district teachers and their families, is struggling with money. THT Health is overseen by CCEA, the teachers’ union. Executive Director John Vellardita said the trust has not received adequate funding from the school district for years and an increase in contributions is needed to avoid a widening deficit.

The district’s declaration states that the burden should not fall on the employees.

CCSD teachers deserve an effective, functioning health plan that will take care of them and their families. When teachers are concerned about their health insurance and whether their health needs can be met, they are unduly burdened by the alleged inadequate care under the THT plan.

Teachers should not be turned down by health care providers because providers do not trust that the services provided will be paid for. Further burdening teachers and their families with higher contributions due to inadequate coverage is unreasonable. The Clark County School District can’t watch while the Teachers Health Trust is burdening teachers with higher expenses for less coverage. 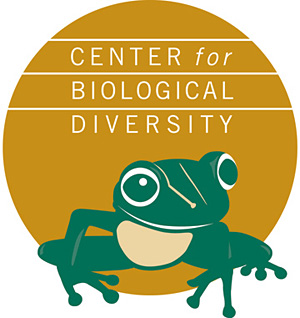 SALT LAKE CITY – The Utah Clean Infrastructure Coalition publishes a report Today it is revealed that the Utah Permanent Community Impact Fund board has allocated more than $ 109 million in public funds to projects to promote or expand fossil fuel extraction in violation of federal mineral leasing law.

The report also documents that needed infrastructure projects in rural communities are not being funded while Utah leaders are using federal leases and royalties to help the fossil fuel industry, including a planned oil railroad and oil refinery.

“Utahns are deeply damaged by drought, forest fires, smoke and extreme weather exacerbated by fossil fuels,” said Deeda Seed of the Center for Biodiversity. “It is outrageous that Utah leaders are using public money to subsidize the fossil fuel industry that is causing this climate crisis. That has to end now. We need to invest in sustainable, resilient infrastructure for all communities in Utah. “

Oil, gas, and coal companies pay the federal government the right to develop federally owned minerals on public land and pay royalties for any minerals they mine. Congress intended to use this money to help rural communities facing rapid growth and infrastructure problems due to fossil fuel extraction.

Utah is responsible for distributing the money to the affected communities. However, today’s report noted that much of that administered by the governor-appointed Permanent Community Impact Fund Board has been used to enable fossil fuel extraction. Meanwhile, millions of dollars in community projects identified by rural communities have not been funded, including water and sanitation services, recreation centers, road improvements, and public safety equipment.

“I have stayed out of politics since I left office, but I cannot remain silent when I witness the misconduct of the elected and appointed people who represent the people of Utah,” said the former Salt Lake City mayor and State MP Jackie Biskupski at a press conference on the steps of the State Capitol. “I respectfully urge the Department of the Interior and the Bureau of Land Management to conduct a thorough investigation of state mineral lease spending in the state of Utah since 2009 and to take the necessary steps to ensure that local Utah communities receive these funds for their community- and infrastructure projects. “

Today’s report reinforces the findings of a 2020 report from Utah’s Office of the Legislative Auditor General, who raised serious concerns about the Community Impact Board, including the board’s failure to properly fund economic development projects. Despite the findings and recommendations of the audit, the board of directors continued to abuse public funds.

“We call on the legislature and the Utah Community Impact Board to adopt the recommendations set out in the report, including a motion to ban the use of CIB public funds on projects designed to promote or facilitate the extraction of fossil fuels, in accordance with federal law. “Said Carly Ferro, executive director of the Sierra Club’s Utah Chapter. “The Sierra Club will continue to hold regulators and industry accountable for ensuring that polluters are given priority over people. We must continue to invest in communities, people and the environment, and only together can we achieve what is possible. “

“The misuse of money by the Community Impact Fund Board, which is legally intended to help communities affected by the dirty fossil fuel industry, is reprehensible and illegal,” said Jonny Vasic, executive director of Utah Physicians for a Healthy Environment. “These funds should be used to help local communities deal with the impact of the mining industry, not to duplicate a polluting industry that affects people’s health and contributes to climate change.”