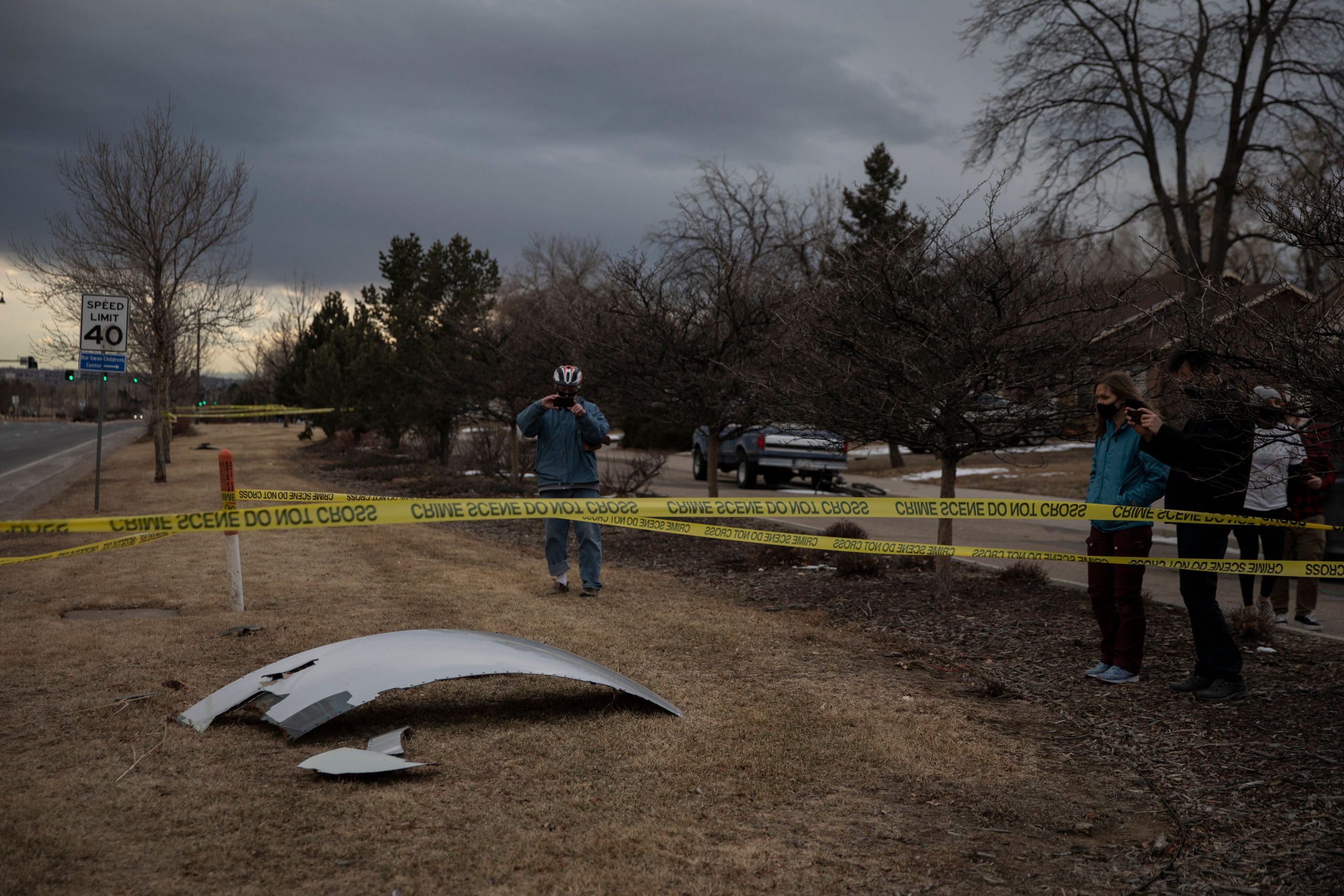 Residents take photos of debris that fell from the engine of a United Airlines aircraft in the Broomfield neighborhood outside of Denver, Colorado on February 20, 2021. A United Airlines flight suffered a fiery engine failure shortly after taking off from Denver on Feb. 20 en route to Hawaii, where massive debris is falling on a residential area before a safe emergency landing, officials said.

United Airlines said Sunday that it will temporarily remove 24 of its Boeing 777s out of service after one of the aircraft suffered an Engine failure over the weekend, which resulted in an emergency landing.

The head of the Federal Aviation Administration announced on Sunday that the agency would order the inspection of some Boeing 777 jetliners powered by the same Pratt and Whitney engine, the PW4000.

United Flight 328 landed at Denver International Airport shortly after take-off on Saturday afternoon after the right engine failed. No one was injured on board, but debris, including what appeared to be the large engine cover, fell nearby.

The National Transportation Safety Board and the FAA are investigating the incident.

“We checked all available safety data after yesterday’s incident. Based on the initial information, we concluded that the inspection interval for the hollow fan blades, which applies only to this engine model, which is only used in Boeing 777 aircraft, has been extended should be, “FAA Administrator Steve Dickson said in a statement.

United has another 28 of these aircraft in its fleet that are currently in storage. Airlines parked or retired dozens of planes after demand plummeted due to the Covid-19 pandemic.

Engine maker Pratt and Whitney, a Raytheon Technologies Unit, did not immediately respond to a request for comment.