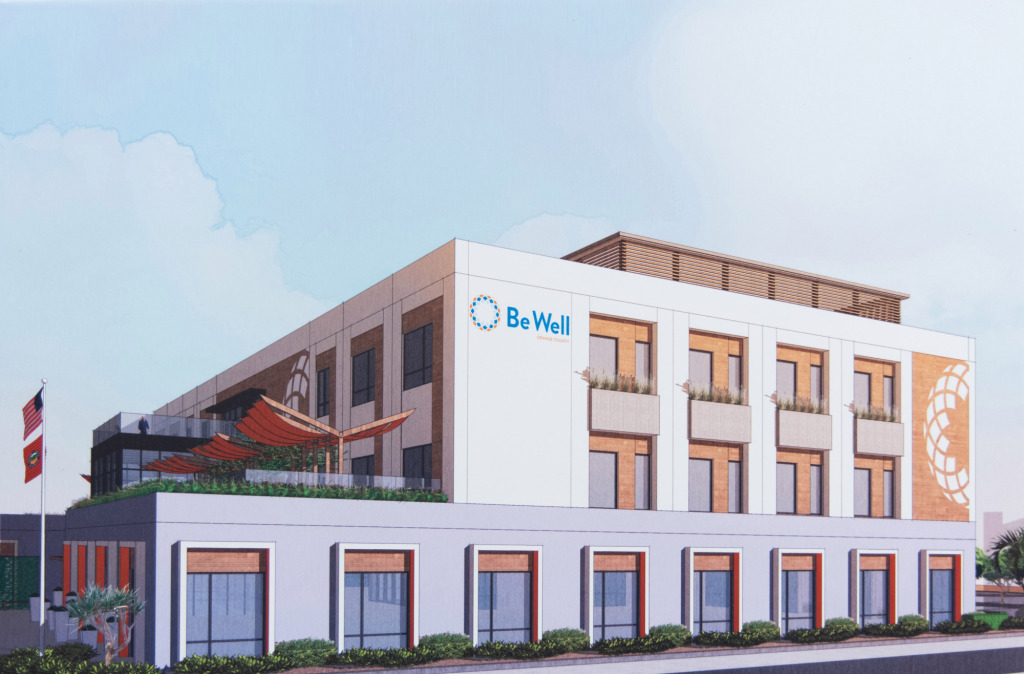 Projects that tackle homelessness, traffic congestion, fire safety and a range of other issues in Orange County could get up to $107 million in federal funding this year as local House members take part in a revived version of the controversial Congressional program known as earmarks.

The once traditional spending routine — in which Congress members seek money for specific projects, almost always in their districts — had been shelved for a decade in the wake of bipartisan complaints about fairness and abuse. But the process has been revived this year by House Democrats who argue that, with new safeguards in place, it will be particularly helpful for projects that have been hampered by the COVID-19 pandemic.

And it turns out earmarks are pretty popular. Three quarters of all House members, including more than half of all Republicans, have requested funds for projects in their districts through what the Appropriations Committee has re-branded as the “community project funding” program.

Democratic Rep. Lou Correa of CA-46, for example, is seeking money to expand a Tustin veterans center and to improve parks in Anaheim, Orange and Garden Grove. And GOP Rep. Young Kim of CA-39 wants money to bolster firefighting efforts in Yorba Linda and to help the county build a new mental health facility.

Similar requests are common in most of the rest of the county — with some key exceptions. People living in much of coastal and eastern Orange County won’t get any of those federal funds, at least not through earmarks. Their representatives in the House, GOP Rep. Michelle Steel in CA-48 and Democratic Rep. Katie Porter of CA-45, are refusing to submit earmark requests over similar philosophical objections.

Porter is the only Democrat in the country who isn’t using the program. She argues the executive branch should make independent decisions about how to dole out funds, saying the national interest should outweigh the interest of any individual House member.

“Congress members should not be the ones directing funds to specific projects,” said Porter’s spokesman Jordan Wong. “That is the job of the executive branch, according to our system of separation of powers.”

Steel was among 101 out of 211 Republicans who didn’t request earmarks for projects in her district. Her spokeswoman Danielle Stewart said Steel is “working hard to help the community through the normal funding process,” which includes other appropriations requests, one-on-one meetings with appropriations leaders, and trying to get local money, rather than federal funding, for local projects.

Supporters will say Porter and Steel — who usually are on opposite ends of the political spectrum in terms of how they vote in Congress — are standing by principle even if it costs them political capital. Pork, after all, is a time-honored path to getting re-elected.

Detractors will say both representatives — Porter, in theory, for idealism, and Steel, in theory, for party loyalty — are putting personal ideology ahead of helping their constituents get federal dollars.

It remains to be seen if their stances will help or hurt them them in the 2022 elections, when both representatives are expected to seek re-election in targeted, purple districts.

Meanwhile, their House colleagues who did request earmark funding should start to find out incoming weeks which projects will get money. And with three quarters of House asking for funding, some experts hope the revived process might bring more bipartisan support to this year’s federal budget, since it’s tough for Republicans — the party that has threatened to kill appropriations bills in recent years — to vote against money for their pet projects.

“I don’t think this is going to be a silver bullet,” said Laura Blessing, a senior fellow at Georgetown University’s Government Affairs Institute who studies budgetary politics.

“But earmarks grease the wheels in a way that helps make us less gridlocked.”

In the federal government’s regular spending process, Congress allocates money to a broad category of spending, such as highway repairs. Then the relevant executive branch agency, such as the Highway Trust Fund, allocates funding to specific projects, usually after ranking each project based on the greatest need.

In the earmarks process, individual members of Congress can bypass the federal rankings and evaluations and simply ask for a specific amount of money for a specific local project.

For the next two-plus centuries Congress members of all political stripes used earmarks, typically behind closed doors and mostly to fund projects that might struggle to get recognized in the regular spending process. Critics occasionally pushed back, but support for earmarks generally remained high. Voters got local projects (and, often, local jobs), and their Congress members got credit for making it happen.

Then, in the 1990s into the early 2000s, this so-called pork barrel type of spending increased (though Blessing notes it always remained less than 1% of the $1.4 trillion in annual discretionary spending). In 2005, there were two high-profile earmark fails — the so-called “bridge to nowhere” in Alaska and an admission by San Diego area Rep. Randy “Duke” Cunningham that he’d accepted at least $2.4 million in bribes in exchange for using earmarks to benefit defense contractors.

In 2007, Congress introduced reforms that required members to disclose what projects they were seeking to fund and state that neither they nor their spouses had financial ties to the project. But opposition to the process continued to build, and with Tea Party Republicans and President Barack Obama leading the charge, earmark appropriations were banned in 2011.

Even with new safeguards aimed at curbing abuse, Lee Ohanian, an economics professor at UCLA, said there are objections to taxpayers around the country paying for a local project that might benefit a very small number of people. He cited a $5,000 earmark request by Rep. André Carson, D-Ind., to fund a “Secret Santa for Seniors” program as an example.

“It’s hard to support it from an economic perspective,” Ohanian said. With exceptions for very poor communities, where federal funding can have a high return on investment for everyone, he added that it makes economic sense for local communities to fund local projects. “We shouldn’t be asking others to pay for them.”

For several years, President Donald Trump (who pardoned Cunningham) and Congress members from both parties pushed to revive earmarks, but their efforts fizzled.

Then, in February, House Democrats announced they were officially resurrecting the process, though only with restrictions. Under the new rules lawmakers can make no more than 10 funding requests per year, money can’t go to for-profit companies or organizations, and House members have to submit evidence that there is community support for the project they’d like to fund. Also, the House can conduct random audits of expenses related to any project.

In June, those requests will go to the appropriate subcommittee or committee for review before being included in an appropriations bill, which will come back to Congress for a vote. If it passes, that bill would go to President Joe Biden for final approval.

Blessing and others say it’s no coincidence that Congress hasn’t approved appropriations bills since earmarks went away 10 years ago. Without earmarks, she said, there are few incentives for lawmakers to cross the aisle to get support for projects that can have real impacts in their communities.

Blessing hopes the revival of earmarks might dial down the rhetoric both during the budget process and in the coming election campaign.

“I don’t want the contest to be who can oppose the other party more and say the nastiest things about them,” she said. “I would much rather have a match-up where they can say, ‘I actually got some bills passed this Congress and I got you a bridge. Isn’t that nice?’”

A whopping $30 million is for one request: to help the Army Corps of Engineers replenish sand along beaches in Encinitas and Solana Beach. A majority of Levin’s requests are for projects in the north San Diego County portion of his narrowly blue 49th District, including adding cameras to Oceanside Police Department vehicles, building a new homeless center in Oceanside and building a hydrogen fueling station to power electric city buses. Levin also requested $1.87 million to add bike lanes, landscaping and sidewalks, and improve improve roadways, in Dana Point’s Doheny Village area.

Next up is Kim, who was among 110 Republicans who did request earmarks despite GOP caucus opposition.

Kim asked for nearly $23 million in earmarks for projects in CA-39, which leans narrowly blue and includes portions of Orange, Los Angeles and San Bernardino counties. Her requests are spread throughout the district, including $5 million for an overpass over railroad tracks along Turnbull Canyon road in Hacienda Heights and City of Industry, creating more fire-defensible space around homes in Chino Hills, and funding the North Orange County Public Safety Task Force, which brings together police chiefs and community organizations from 10 cities to reduce gang violence and address homelessness.

Rep. Alan Lowenthal, D-Long Beach, asked for $12 million in earmarks for his deep blue 47th District, which straddles Orange and Los Angeles counties and includes Catalina Island. The largest request is $4.7 million for sand replenishment and seawall repair at beaches in Avalon on Catalina. Other requests focus on education, health care and veterans programs in south Los Angeles County, plus $850,000 to build a new “parkette” in Stanton.

Rep. Linda Sánchez, D-Whittier, submitted nearly $10 million in earmark requests largely to upgrade parks and other community facilities throughout the 38th District, which is also solidly blue and primarily in Los Angeles County but includes a sliver of Orange County. She also requested $2 million to add drought-tolerant landscaping on median islands throughout La Palma.

Many of the projects championed by local lawmakers align with causes close to their hearts. Levin’s wish list focuses largely on projects aimed at combating climate change, for example, while Lowenthal, a former professor, has a number of projects focused on education.

The goal, Blessing said, is for lawmakers to pitch projects they’ve vetted, that they believe will have a real impact on their communities, and that stand a realistic chance of getting built.

In practice, of course, representatives also always have an eye to reelection, Ohanian noted. But it was a bit tougher for them to target particular communities of voters with this round of earmarks because district boundaries will be redrawn before the next election.

So far, there hasn’t been much in the way of conservative blowback for earmark requests, likely because half of the Republican delegation — including several in targeted seats, such as Kim — are in that camp.

Steel and Kim’s opposite stances on this issue shows how the long-time friends who took office together in January as two of the first Korean American women in Congress continue to differentiate themselves, as Steel increasingly sides with the more conservative GOP faction while Kim continues brandishing her credentials as a moderate Republican.

While Porter may have left dollars for her district on the table, Ohanian said he doesn’t think her vocal objection to earmarks is likely to hurt her politically. The stance is in line with the brand she’s built, which is about continually pushing for fiscal oversight. She isn’t likely to attract a major Democratic challenger or to face a Republican challenger anxious to use this position against her. Plus, her opposition to earmark spending makes it harder for the GOP to continue to paint her as always standing with House Speaker Nancy Pelosi.

But Blessing said you never can tell how these issues will play out come election time.