While Michelin star meals can cost as little as $ 1.50 per plate, most of the restaurants that have received the prestigious award, charge a lot more.

To find the most expensive Michelin-starred restaurants, the cooking website Chef’s Pencil has researched tasting menus for dinner in more than 450 restaurants around the world, according to its website.

According to Chef’s Pencil, this is 10 most expensive restaurants * who have either received a Michelin star – or are managed by a chef who has one – are:

Japan is the only country to appear on this list more than once, and its restaurants – located in Kyoto and Tokyo – dominate half of the 10 spots. It’s worth noting, however, that Tokyo-based Joel Robuchon, who ranked number 6 on the list, serves French cuisine.

The only restaurant in the United States that made it into the top 10, Masa, is also a Japanese restaurant.

Japan is home to the world with the highest number of Michelin restaurants per capita, with Tokyo having more Michelin star restaurants than any other city. according to Chef’s Pencil.

Why Japanese restaurants can be so expensive

There are reasons why many Japanese restaurants are expensive, said chef Masaharu Morimoto, who is known to millions as the star of television cookery shows “Iron Chef” and “Iron Chef America”.

“Japanese restaurants source seasonal fish from around the world, which increases the cost of the ingredients,” he said. “There is also a cost to properly ship and store these ingredients considering that fresh seafood has a short shelf life.”

Chef Masaharu Morimoto has 15 restaurants around the world, from Tokyo to New York City.

Morimoto said “the chef’s skills – the precision and artistry in preparing and serving the dishes” are other factors.

Japanese restaurants can be quite small, with guests being looked after personally by the chef.

“Restaurants with a limited number of seats usually try to provide their diners with an intimate and meaningful dining experience,” said Morimoto. “Many well-known sushi restaurants have a maximum of eight seats – no waiters or additional staff.”

A chef prepares sushi in a restaurant in Tokyo, Japan.

Many meals in high-end Japanese restaurants are served in an omakase style, where the chefs choose what to serve. This allows chefs to prepare “an adventure like no other” for “an unforgettable multi-course dining experience with fresh fish and various other specialty ingredients reserved for this truly unique meal,” said Morimoto.

Most expensive meals by country

ONE separate analysis by Chef’s Pencil The study, published in September, analyzed the prices of the most expensive tasting menus in restaurants with two and three Michelin stars.

Denmark is home to Noma, the world’s # 1 restaurant in 2021, according to The World’s 50 Best Restaurants.

Denmark is the most expensive country to dine in a Michelin-starred restaurant, with tasting menus averaging $ 404 per person. The restaurants in Singapore averaged $ 364 and in Sweden $ 327.

The average cost of dinner at a two- or three-Michelin-starred restaurant in Japan is $ 322, according to the report.

While Japanese restaurants are often simple, the most expensive restaurant on Chef Pencil’s restaurant list is the opposite.

Part of a 20-course menu in the Sublimotion restaurant on Ibiza.

The most expensive tasting menu is $ 1,740 per person for a 20-course meal. The 12-seat restaurant uses virtual reality and special effects to add elements of light and sound to the food, he said.

In addition to chefs, a team of engineers, illusionists, screenwriters and composers “worked together for more than 10 years with the aim of maximizing the pleasure at the table,” says Gonzales.

The restaurant, which opened in 2014, is managed by Michelin star chef Paco Roncero, although it has not yet received a star itself. 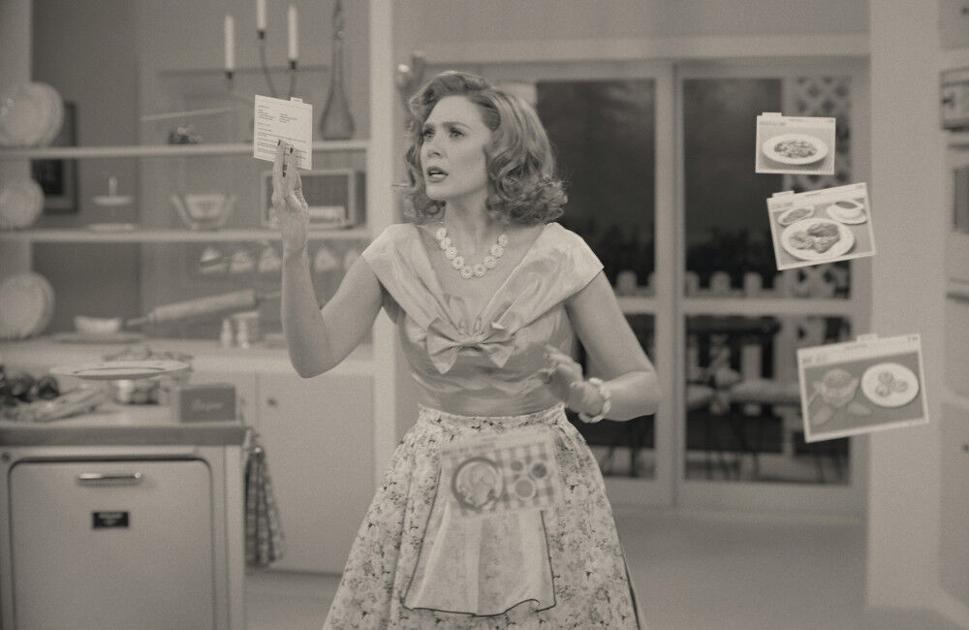 The Disney + series, starring Elizabeth Olsen and Paul Bettany, won all but one of the awards for which it was nominated in the TV categories. She won Best Show, Best Performance on a Show (Olsen as Wanda Maximoff), Best Villain, and Best Fight.

Kathryn Hahn was named the best villain for her role as “nosy neighbor” Agatha in the Marvel spinoff and her showdown with the title character.

The late Chadwick Boseman was posthumously awarded Best Performance in a Film for his role as Levee Green in Netflix hit ‘Ma Rainey’s Black Bottom’.

Yara Shahidi accepted the award on behalf of the “Black Panther” star.

On stage at the Palladium in Los Angeles, she said: “It is a great honor to accept this award on behalf of Chadwick Boseman.

“I know I am speaking for myself, his legion of fans and the communities he has represented so beautifully when I say that we are honored to celebrate his art today and every day.”

A number of special awards were given, including the Generation Award, which Scarlett Johansson received in honor of her nearly three decades-long Hollywood career.

In her acceptance speech, she said: “I realize what an absolute gift it is to have the opportunity to do what I love.”

And Sacha Baron Cohen was awarded the Comedic Genius by Seth Rogen, who described him as “fearless”.

“To All the Boys: Always and Forever” was voted best film. Rege-Jean Page won the breakthrough for his role as “The Duke” in “Bridgerton”.

The evening’s host, Leslie Jones, was also awarded the Best Comedic Performance trophy for her portrayal of Mary Junson in Coming 2 America.

“To all boys: always and forever”

Best performance in a movie

Best performance in a show

Anthony Mackie, “The Falcon and the Winter Soldier”

The most fearful performance

Anthony Mackie & Sebastian Stan, “The Falcon and the Winter Soldier” 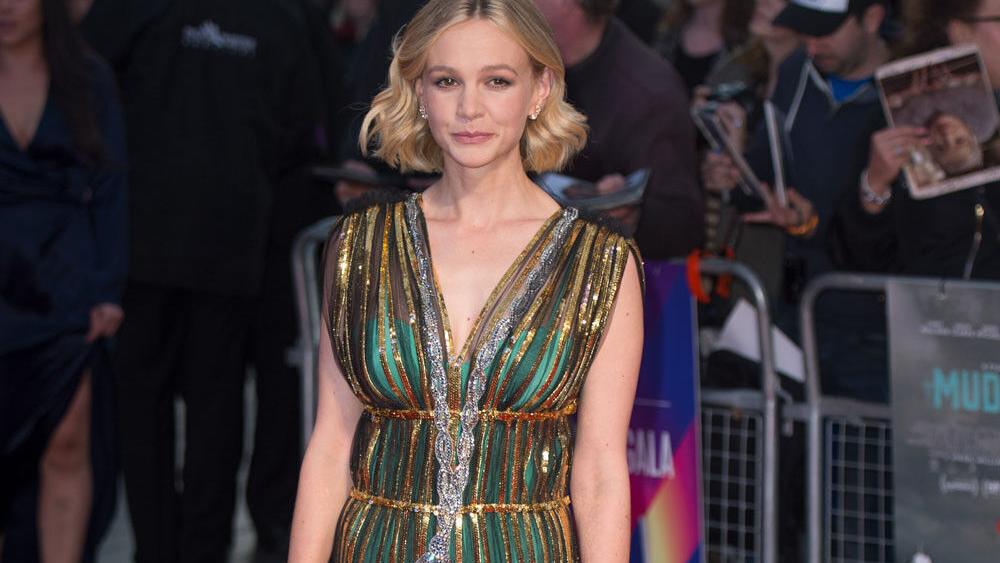 “Promising Young Woman” was the big winner of the 2021 Hollywood Critics Association Awards.

Receiving her awards on video call Carey said, “This opportunity really was the chance of a lifetime and I am so grateful to her.”

Emerald, also 35, said of the earlier honor, “It just seems extraordinary that this script that I had on my mind for years listened to Paris Hilton and Britney Spears until it all had a pink, sparkling blur for it to come all the way to Hollywood and to receive this incredible honor is truly extraordinary. “

The thriller follows a young woman who was traumatized by a tragic event in her past and seeks revenge on those who have crossed her path.

During the virtual ceremony on Friday evening (March 5th, 21st) greats like “Nomadland”, “Sound of Metal”, “Da 5 Bloods”, “The Invisible Man”, “Birds of Prey” and “Minari” were honored. .

A number of special awards were also presented, including the Trailblazer Award given to Dwayne ‘The Rock’ Johnson.

The wrestler-turned-actor was recognized for “advocating important issues and advocating change”.

A clip played showing the ‘Jumanji’ star’s efforts to support the Black Lives Matter movement and highlight his charitable work.

Moved by the video, he said, “My friends, who I have known and grown with, all of you over the years as we have walked this trail – and what a privilege it was and what an honor it was it was to receive that honor from you. “

Elsewhere, Zack Snyder took home the Valiant Award and the Impact Award went to ‘Judas And The Black Messiah’.

Scott Menzel, Founder of HCA, said in a statement: “While 2020 has been a difficult year for many people around the world, we are the filmmakers, storytellers and studios who have gone out of their way to find new ways to meet their To publish films to forever grateful audience. The films nominated by members of the Hollywood Critics Association were some of the most diverse and comprehensive stories we have seen on screen in quite some time. Our mission has always been to highlight all of the votes and I believe this will be reflected in our winners tonight. Congratulations everyone. “