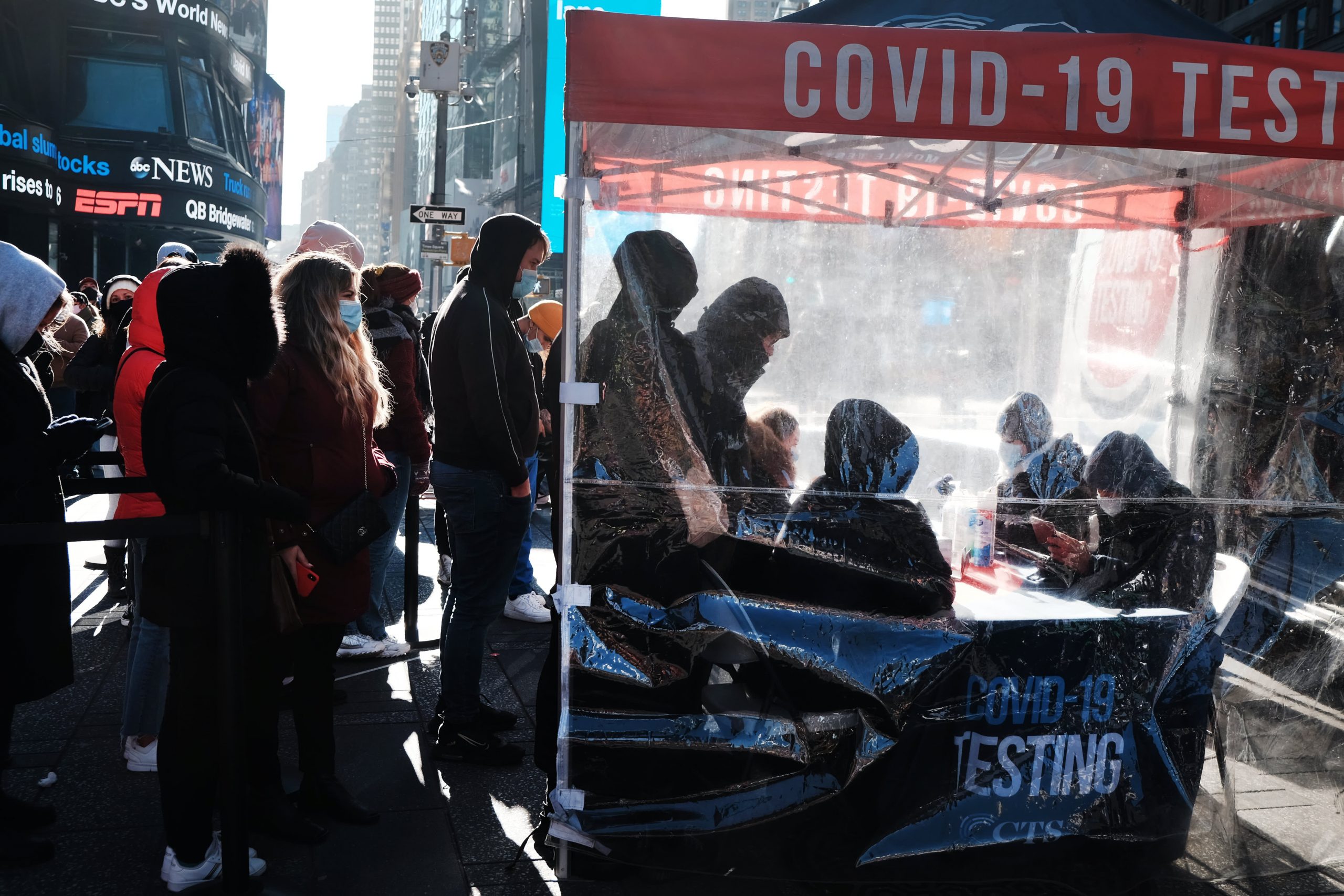 People wait in long lines in Times Square to be tested for Covid-19 in New York City on December 20, 2021.

The fast-spreading Omicron variant is now the dominant strain of Covid in the US and accounts for 73% of the sequenced cases, according to data Data released Monday from the Centers for Disease Control and Prevention.

Omicron has ousted the previously dominant Delta variant, which, according to the CDC, now accounts for an estimated 26.6% of the sequenced cases in the week ending December 18. Just a week earlier, Delta made up 87% of cases, down from Omicron’s 12.6%, the data shows.

The CDC had previously released data for the week ending December 11th showing that Omicron 2.9% of the cases, however, has revised the estimate upwards for this period.

Although the variant has proven to be extremely transmissible, much is still unknown about the severity of the disease it causes.

In some parts of the country, the proportion of Omicron cases is above the nationwide value of 73%. The CDC estimates that it accounts for more than 90% of cases in parts of the Northwest, South, Southeast, and Northeast.

Mayor Bill de Blasio on Monday said New York City is seeing a rapid surge in Omicron infections, although it expects the wave to peak in a few weeks.

The average daily number of cases in New York City more than doubled for the week ending Friday, December 17, according to the latest data available on the City Health Department website. New York reports a seven-day average of more than 7,200 cases per day, up from about 3,200 the week before, a 127% increase.

De Blasio said people infected with Omicron in New York have had mild symptoms so far, although he noted that many questions remain unanswered and scientists are still doing research to determine how sick people get after contracting the variant be able. Even if Omicron proves to be milder than Delta, it could still weigh on healthcare systems and, due to its rapid spread, potentially lead to spikes in hospital admissions and deaths, infectious disease experts warned.

The US reports a seven-day average of about 130,000 daily cases as of December 19, up 7% over the past two weeks, according to Johns Hopkins University.

A CNBC analysis of the Hopkins data shows that the northeast region has the highest average daily cases when adjusted for population. Rhode Island, New Hampshire, and New York are the three states with the country’s average daily new cases per capita.

About 69,000 Americans are being hospitalized with Covid-19, according to a seven-day average of Thursday’s U.S. Department of Health data, a two-week increase of 14%. While that’s rising, it’s still lower than the peak of the Delta Wave, when more than 100,000 patients were hospitalized in early September. 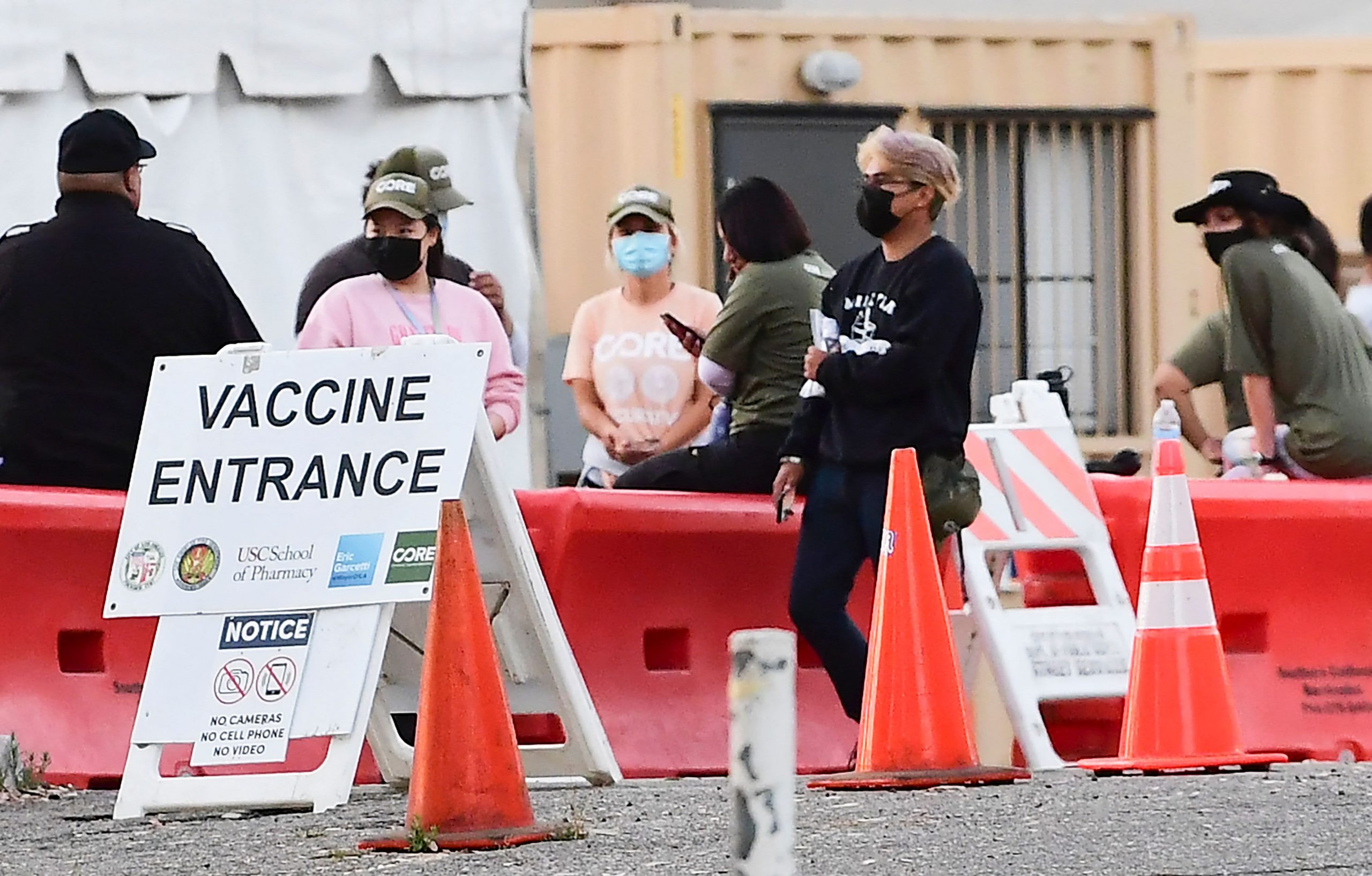 The highly transmissible Delta variant is now the dominant strain of coronavirus in the United States, outperforming the alpha variant, according to Covid-19 modeling data released by the Centers for Disease Control and Prevention.

Delta, the variant first found in India and now found in at least 104 countries, recently made up 51.7% of new Covid cases in the US in the two weeks ending July 3, according to recent reports updated estimates from the CDC. The proportion of new cases caused by alpha, which was first found in the UK, was only 28.7% over the same period, according to the US agency.

In the past few weeks, US health officials have warned that Delta is on its way to becoming the dominant variant in the US, as its prevalence in the nation doubles about every two weeks. On June 22, a little over two weeks ago, White House chief medical officer Dr. Anthony Fauci that Delta accounted for about 20% of all new cases in the United States

The World Health Organization, which Delta has called the “fastest and fittest” variant to date, assumes that it will become the dominant form of the disease worldwide. According to a WHO report, Delta is about 55% more transmissible than the Alpha variant.

Although the US is well on its way to meeting 160 million fully vaccinated people in the coming days, millions remain unvaccinated against Covid, “and because of this, their communities are at risk, their friends are at risk, the people they care about” said Biden are at risk. “

“This is an even bigger concern because of the Delta variant,” said the president.

There are still about 1,000 counties in the U.S. with a vaccination rate of less than 30%, said CDC Director Dr. Rochelle Walensky told reporters last week. The counties are mainly in the southeast and midwest, she said, and the agency is already seeing rising disease rates in these places due to the further spread of the delta variant.

Scientists and other health experts fear the variant will lead to a surge in new cases this fall, which will hit those who remain unvaccinated hardest, unless states can vaccinate more people.

The White House announced last week that it was deploying Covid-19 response teams across the country focused on fighting the variant. The teams, made up of officials from the CDC and other federal agencies, will work with communities at higher risk of outbreaks.