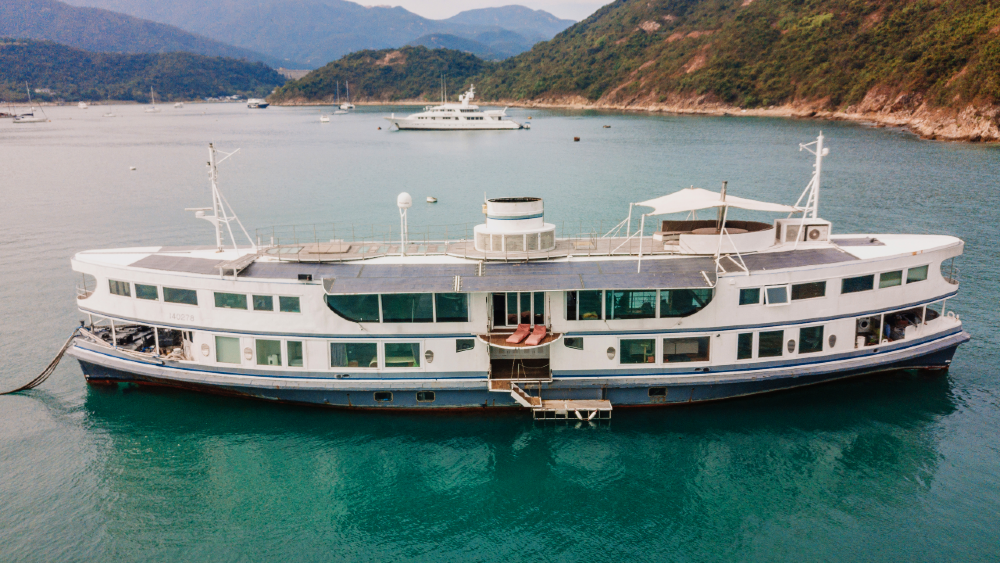 Dot is much more than a yacht conversion. The 154-foot ship was once the flagship of Hong Kong’s legendary Star Ferry fleet known as the Golden Star. It has been converted into a Manhattan loft-style floating apartment.

Her owner, a UK-born Hong Kong resident, first stepped aboard the Golden Star as a young man, commuting daily from Wanchai to Hung Hom in the late 1980s. Every day he took the ferries across Victoria Harbor. He has always appreciated their sturdy yet elegant build quality with thick steel hulls and large wooden fenders. When Golden Star went up for sale in 2011, he seized the opportunity.

The owner spent 18 months rebuilding the boat at the Leung Wan Kee shipyard in Zhuhai, which has been contracted to service Star Ferries for decades. He hired a full-time project manager to oversee the construction and implement his vision. The goal was to “dress Dot according to her strengths” and create a weekend vacation for his family.

The owner decided to keep features like the original teak floors and floor-to-ceiling windows but turned the rest of Dot into his family home.

courtesy Independence of the ocean

“Dot is heavy, sturdy, and hilly, and I think a sleek, shiny look wouldn’t suit her,” the owner told Robb Report, asking for anonymity. “Their original, well-worn, thick teak floors and abundant steel speak more for a factory than an elegant residence. We didn’t want to fight their industrial history, we wanted to celebrate. These goals determined a large part of the layout. “

A house designer in France who had completed a conversion for a large Dutch seagoing vessel took over the project. “His experience was very useful,” says the owner. “A typical yacht designer would not be used to this type of industrial vessel, and a traditional home designer would not be familiar with the problems of a floating house.”

Golden Star was built in 1989 to be 36 feet longer than its predecessor. Her two-inch-thick decks were designed to handle the heavy foot of another 200 passengers. This robust construction was used to Dot’s advantage and creates 6,000 square meters of living space and an additional 4,000 square meters of storage space.

The wide beam, high ceilings, and open decks were the pluses of the remodeling. Modernizing and adding convenient features was a little more difficult.

“I’m obsessed with old brick industrial buildings like the large offices, mills, and factories that were built between 1870 and 1905 in the United States, Britain, and Germany,” he says. “My home in London has beds built from factory workplaces, a weaver’s block and a book press. We have the oldest wallpaper in London, dating back to the 18th century, little more than rusty pencils and torn remains, but age and ruin are of great beauty. “

Dot’s oversized living areas with floor-to-ceiling windows create a cavernous interior. All four cabins have en-suite bathrooms with a large bathtub and separate showers. There is a dedicated movie theater and private office, but much of Star Ferry’s history has been retained.

“I loved the old reversible seats on the ferries. We stored some and the rest found a home near Hong Kong, ”he says. “With its two propellers, it can still travel at the same speed in both directions. We have changed as little as possible. “ 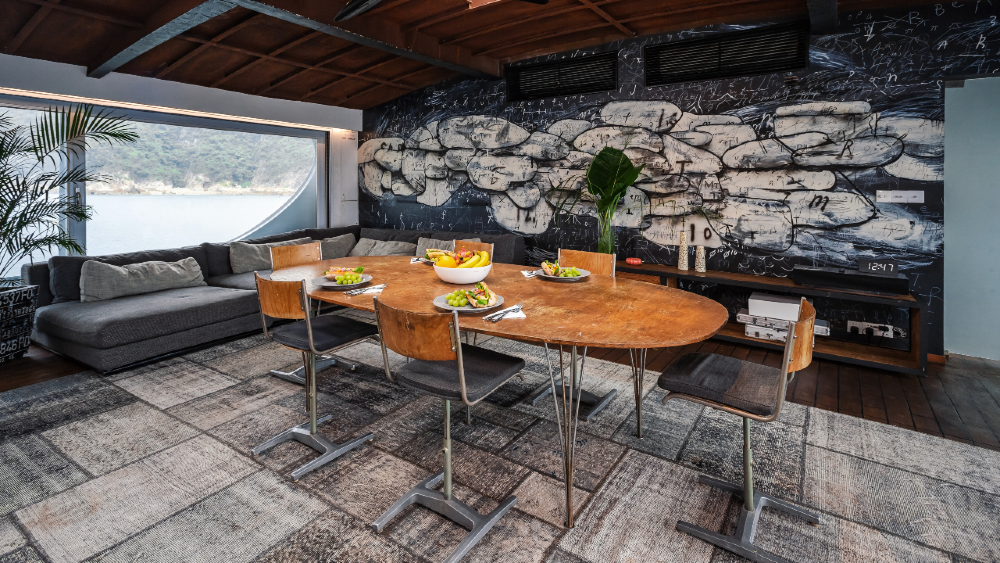 A big fan of late 19th century factories, the owner wanted to keep the industrial look, with cross members and a rusted finish on the ceilings and stone walls.

The biggest design change is the two-level mezzanine in the salon with open sliding doors for a cool ocean breeze and a roof that opens up for al fresco dining. “The false ceilings were very low, so we removed them to add height and added a rust finish to the stripped metal beams. I love industrial furniture, rust and elegant decay. “

30 air conditioning systems relieve the summer heat. A 15,000 gallon water storage capacity with a rainwater collection system helps keep the boat self-contained. In drier weather, Dot has a water filter system for converting seawater and separate systems for cleaning and filtering seawater and rainwater, as well as over 1,820 square meters of flexible solar modules.

“We wanted to be completely self-sufficient,” says the owner. “On sunny days, the sun provides 75 percent of our energy needs, including air conditioning all night. The double glazing, roof insulation and shadow wings have resulted in enormous energy savings. The production of water from seawater consumes a lot of energy. So it’s great that we use rainwater 90 percent of the year. “ 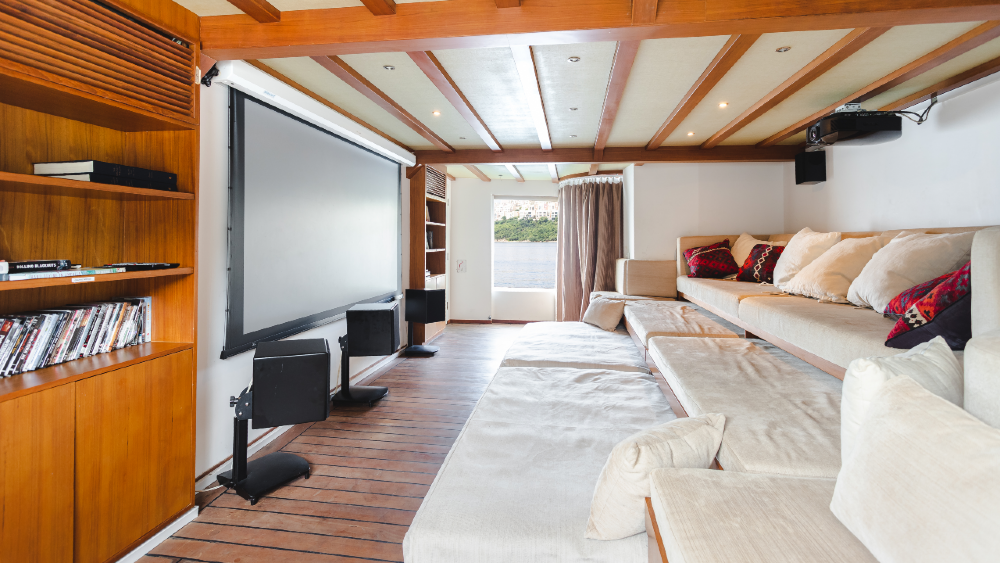 Windows everywhere and high ceilings add to the feeling of light and space in the yacht.

The renovation was not without its challenges. The technical complexities for solar, batteries and generators proved to be tried and tested, and it was not easy to find water suppliers that were robust enough to handle seawater in winter. The family put their hearts in a berth on Tai Tam Bay in Hong Kong, which is almost impossible for a boat over 100 feet in length. Permits and permits were a headache but were well worth it.

“Dot was designed to create great memories for my three children, and she delivered them in spades,” he says. “See you jumping off the roof into the sea; stared up with them; Charade games when the sun goes down after dinner. At the moment the seaweed is growing rapidly and the nocturnal luminosity illuminates the fish swimming and jumping in front of us. This is the magic of Hong Kong that few can see. “

The owner now wants to transfer this unusual transformation to someone else who will appreciate its historical significance. Dot is on sale at Seanergy Limited, a member of Ocean Independence, for approximately $ 2.71 million. Your berth in Tai Tam is included. Here are more pictures. 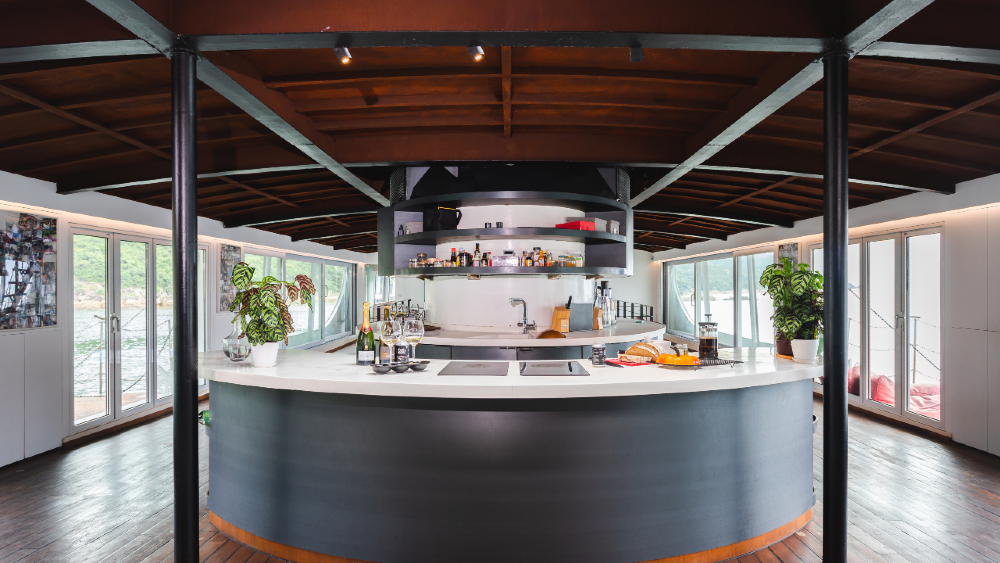 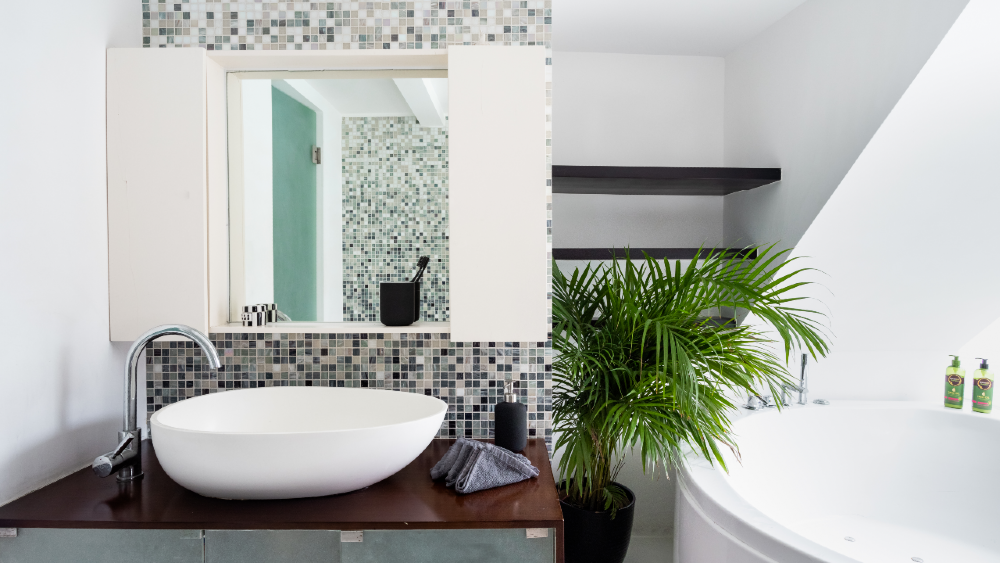 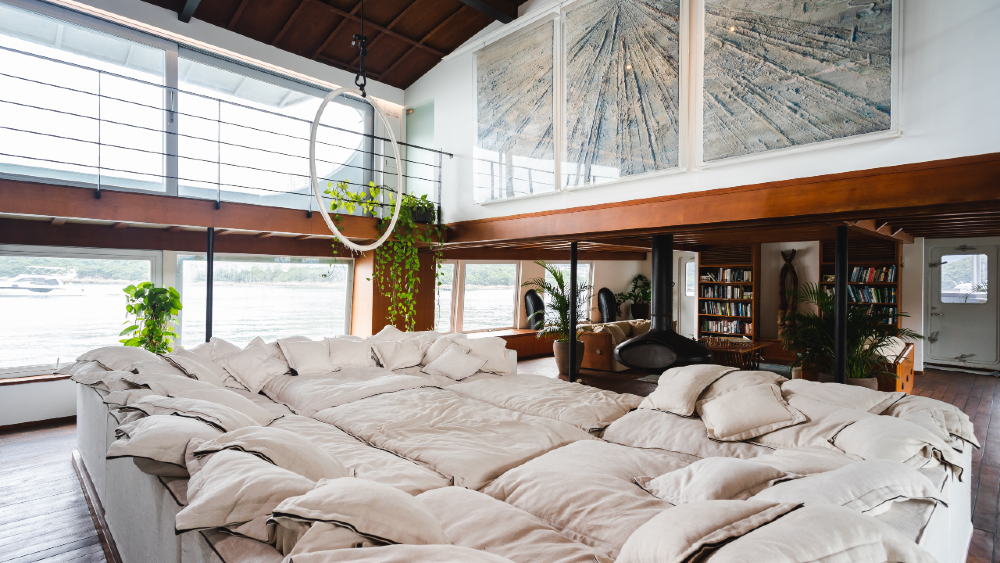 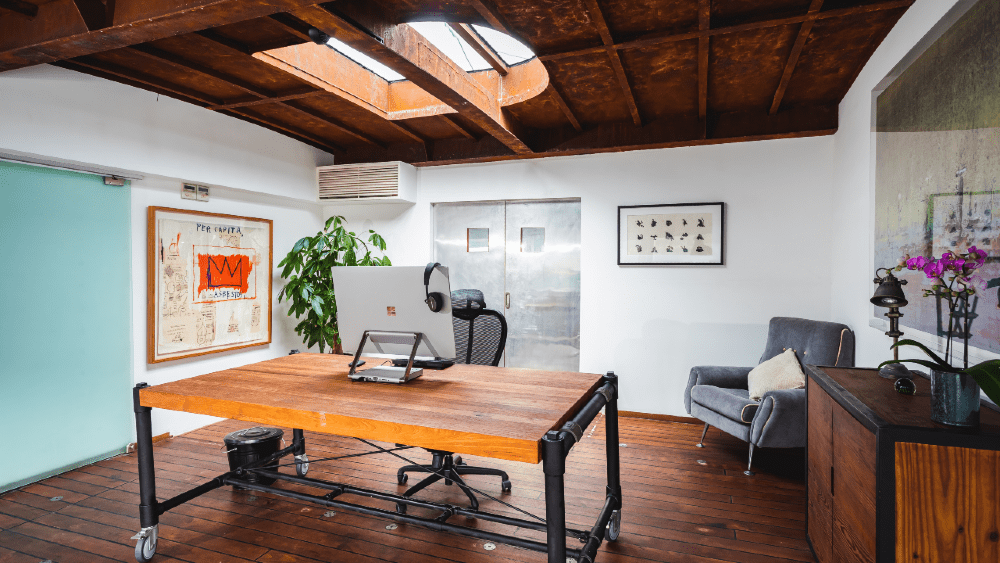 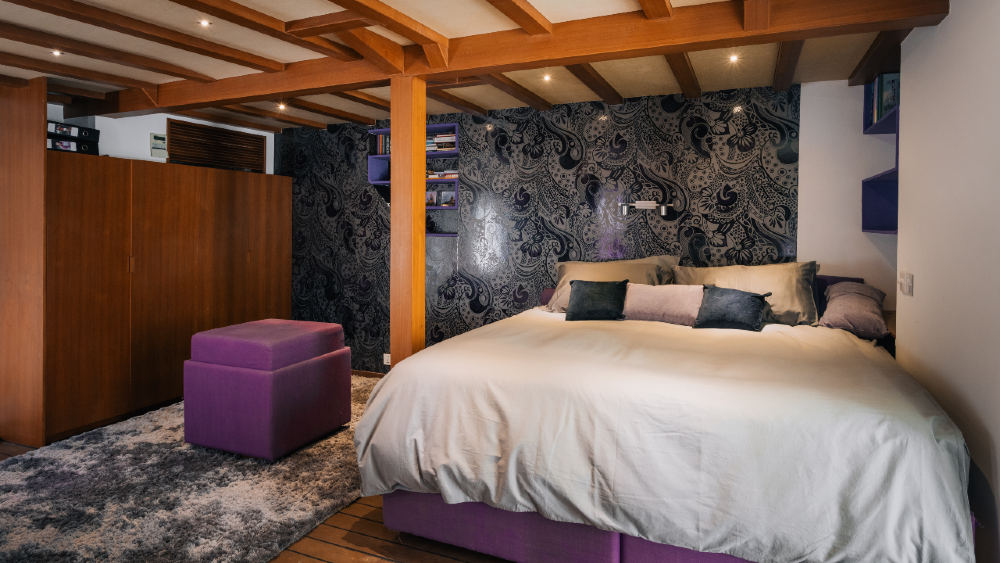 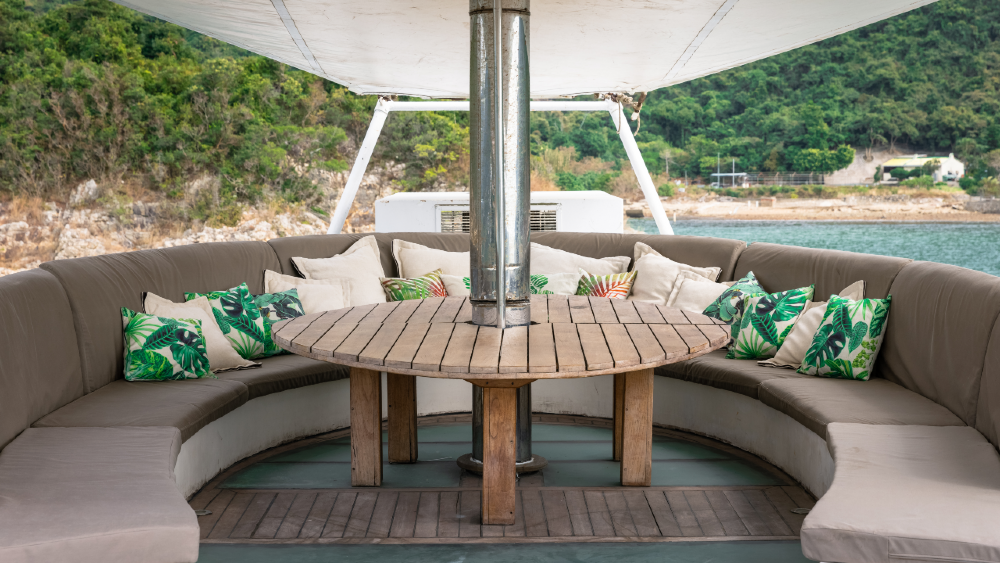 * Letter to the members of the DPI Central Committee …

Members of the committee:

Upon initial review, it appears that $ 1,000,000 from the DPI federal account – “hard” money collected under stricter, lower contribution amounts – has now been converted into “soft” non-federal dollars after being transferred back from The Majority.

If so, it raises serious questions about why DPI would have turned more difficult to obtain funds into government funds. Whatever the answer, I promise you, if I am lucky enough to be elected chairman, I will keep members of the state central committee informed of the party’s financial decisions – especially decisions of this magnitude.

Please do not hesitate to contact me on this or any other topic. I want the Illinois Democratic Party to be inclusive, transparent, and a place where we share ideas and information.

There were some strange broadcasts that took place before Speaker Welch took over the democratic majority. I asked for an explanation.