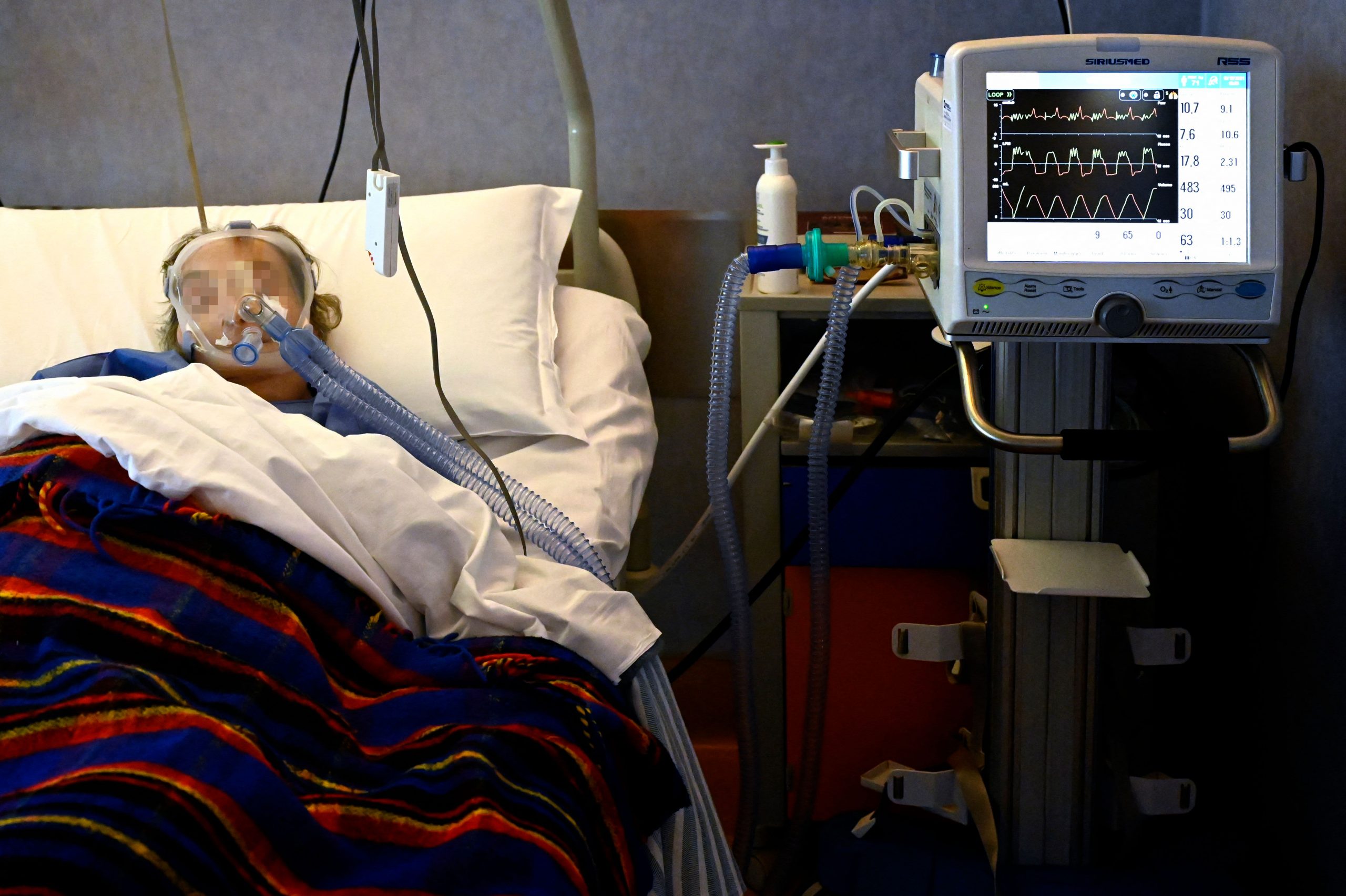 A Covid patient breathes oxygen through a mask on October 13, 2021 in the sub-intensive care unit of the Casalpalocco Hospital south of Rome.

Covid cases in Europe have increased for the third week in a row, World Health Organization officials said at a briefing on Wednesday, urging caution as temperatures drop and work, travel and leisure activities return to normal.

Europe is the only area of ​​the six WHO member states where cases are increasing, researchers wrote in an epidemiological update published on Tuesday. In the week leading up to Sunday, more than 1.3 million Covid cases were reported across the continent, a 7% increase from the seven days before.

“That’s three weeks of progressive increase,” said Dr. Mike Ryan, WHO Executive Director, Emergency Health Program, during a Q&A stream on the organization’s social media channels. “Although the overall global curve looks like it is going down, Europe has gone up for three weeks in a row.”

The situation in Europe is being driven in part by surges in the Czech Republic, Hungary and Poland, where Ryan said Covid cases rose 50% in the past week. With the coming winter, said Ryan, Covid is already beginning to weigh heavily on the health systems in some countries and is limiting the availability of intensive care beds.

Ryan blamed the increase, at least in part, on easing Covid restrictions.

“The northern hemisphere is approaching yet another winter and we just have to worry a little about this uptrend across Europe as we step into late, late, deep autumn,” said Ryan. “And as societies open up, we see these numbers increasing, and in a number of countries we are already seeing the health systems under pressure, we are seeing the number of available ICU beds falling.”

And as people prepare for the Christmas season for travel and face-to-face meetings, Ryan urged unvaccinated individuals to immunize themselves against the virus in hopes of preventing Covid outbreaks in the months ahead.

“There is good news in the sense that we are not seeing this massive increase, but it is still worrying even with relatively high vaccination rates,” he said.

In addition to the highly transferable Delta variant, which fueled the global Covid peaks in the summer, researchers are now observing a development of the strain that could be even more dangerous. Known as Delta Plus, Experts in the UK see the mutation in a growing number of Covid patients.

But there is currently no evidence that Delta Plus is more contagious than its predecessor, Prime Minister Boris Johnson’s spokesman said on Tuesday.

And amid a spike in Covid cases and deaths, Russian President Vladimir Putin is asking most workers to stay home for a week from October 30, according to the Associated Press. Russia reported a seven-day average of nearly 31,700 new Covid cases on Tuesday, up from more than 27,200 a week earlier, according to data compiled by Johns Hopkins University.